Membership
Home / Articles / Candidates are More Than Just a Resume

Candidates are More Than Just a Resume 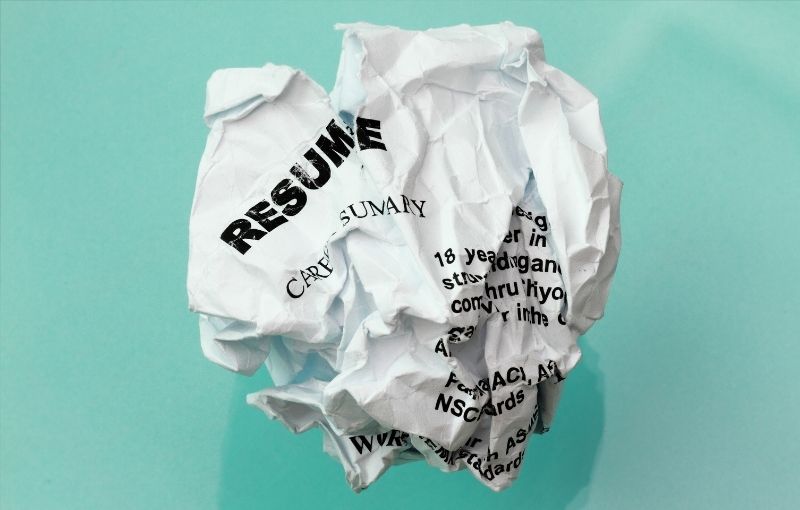 Resumes, CVs and biodata documents have been used to secure employment for hundreds of years (if not longer). Simple enough, right? But that’s the problem.

Resumes haven’t changed much over the years. As a result, they offer up little more than a reductionist summary of the candidate in question.

Just creating resumes can be confusing for job seekers, especially given the ongoing debates about what information to include versus omit.

Is a summary necessary? What about hobbies and interests? How long should the document be? Font type? Size?

At the same time, on the employer side, the resume review process has developed a bad reputation over the years, mainly due to some likely fictitious (or difficult to validate) statistics that get repeated in article after article.

You know, the ones that posit most recruiters only spend seven seconds on their initial screen.

Something has to give.

Going back to the point made at the outset, the real problem with resumes is that they don’t do the candidate justice. Resumes ask complex, creative beings to reduce themselves down to a list of accolades and accomplishments in hopes these align with a series of bullet points listed out in the job description.

Employers do their organizations a disservice by trying to fit job seekers into little boxes. Few things in life are ever that neat or organized.

As anyone who has ever hired knows, perfect candidates do not exist.

So, why are we continuing to rely on this restrictive approach to recruiting?

Well, as you’ve no doubt heard before, “that’s the way we’ve always done it.” Perhaps the most stifling words ever uttered. But here’s the thing: the world has changed; from the technologies we use to connect with one another to the ways we interact with one another.

Everything is different, except this one document with roots that trace back to Leonardo da Vinci, if not earlier.

If the point of a resume is to provide a summary of professional experience and achievements, why not allow the candidate to speak for themselves and show us who they really are, personality and all?

We have the technology to facilitate all this and more.

The hard part is breaking away from the “that’s the way we’ve always done it” mindset.

But if there’s ever been a moment in history when the world is ripe for innovation, it is now as we start to emerge from life under pandemic conditions.

We’re already starting to see it happen, too.

The New York Times recently wrote about the YOLO economy, where candidates are demanding change, spurring the call to return to the office and finding new jobs that suit their preferences.

And part of that change involves how we hire – candidates want a process that promotes better communication, which includes the chance to be heard.

Companies who don’t recognize this may lose out on top talent.

An idea for what’s next

It would be naïve to think the resume will get replaced overnight – hundreds of years of usage indicate otherwise.

That said, we have the chance to expand it, to make it more than a static document. We need to read not only between the lines but also off the page.

Hiring isn’t about how good they look on paper (or, in contemporary parlance, inside the ATS). We want to hire people, not resumes, which means we need to build a hiring strategy that helps us get to know candidates earlier on in the process.

Video is one such tool, having proved its value repeatedly over the last year and a half.

As a medium, it can fit at various stages in the recruiting process, complementing or even supplanting the resume entirely. Video resumes have existed for several years, as have video interviews.

More recently, we’ve seen the rise of video screening, a shorter, snappier use of video that frees up hours otherwise spent conducting phone calls to candidates.

That last bit is significant because it begs the question, why do those phone calls exist? And the answer is: to get the information not captured by the resume.

It’s time we stop having candidates tell us who they are and let them show us instead – which research indicates is what they want from the process.

Let’s do better and put candidates front, center and on screen.

myInterview uses video to encourage candidates to express their true personality, experience and qualifications, letting hiring managers identify the best hire while enjoying every minute. Sharing your impressions and getting feedback from colleagues is as easy as pressing play. myInterview integrates effortlessly into your existing workflows and traditional systems (ATS).