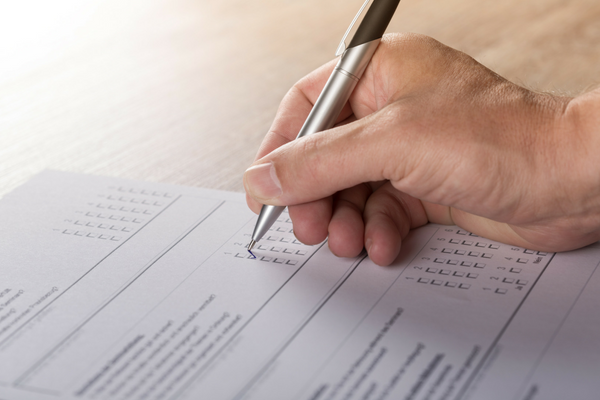 Hiring for technical positions is one of the costliest of recruiting efforts, not only in terms of money spent, but as well in terms of time spent sourcing, interviewing, and assessing. The cost in lost productivity while the position is vacant, sometimes to replace a bad hire, can be hefty as well.

The statistics are appalling:

While it’s clear that efficiently hiring and retaining the right technical staff is crucial to a company’s bottom line, three obstacles typically stand in the way of this goal.

Humans, no matter how well trained or bias-averse, are flawed. They sometimes become mentally distracted during interviews, missing key points shared by the candidate. All too often they depend for recall on memory, and / or incomplete and hastily-typed or hand-written notes taken during the interview.

The biggest obstacle humans put in the way of employing the best candidate is the unconscious tendency to hire those applicants who are most like themselves.

Lauren A. Rivera, Northwestern University Assistant Professor of Organization Management and Sociology, researched the hiring decisions of 120 employers and hiring committees, to see if cultural similarities between employers and job candidates influenced hiring decisions. Her findings:  Employers sought candidates like themselves in experiences, leisure pursuits, and self-presentation styles.

“We tend to like people who are similar to us — whether that means they come from the same state or sport the same haircut,” Pillutla told Business Insider. “One way to explain that phenomenon, is that people with a decent level of self-esteem are satisfied with their personalities. So, when they see their qualities reflected in someone else, they tend to like that person, too.”

As Pillutla put it, “if I keep hiring people like myself, very soon I’ll have an organization of people who think similarly, who act similarly.”

Dr. Heidi Grant Halvorson, Director of the Diversity & Bias Practice at the NeuroLeadership Institute (NLI), talked about the impact of hiring for similarities in her Adobe blog post, Is Unconscious Bias Stifling Your Creativity?

“Teams that are homogeneous—which is what unconscious biases often produce—have been shown to consistently underperform compared to teams that are diverse,” Halvorson wrote. “A strong sense of ‘group think’ develops, where everyone agrees with each other and they cease to question each other’s assumptions. These homogeneous groups also routinely overestimate how well they’re doing. They feel like they’re ‘knockin’ it out of the park,’ when in fact they’re consistently not.”

In an industry that relies on creativity and ingenuity, that’s a competitive death knell.

Numerous experts predict the death of the resume, primarily because resumes lack clarity and truthfulness. (Recent Statisticbrain.com research determined that 53 percent of resumes include falsified information.)

“Resumes are terrible predictors of engineering ability,” Interviewing.io founder Aline Lerner blogged. “I’ve looked at tens of thousands of resumes, and in software engineering roles, there is often very little [correlation] between how someone looks on paper and whether they can actually do the job.”

2018 will mark the end of the resume for developers, according to HackerRank co-founder and CEO Vivek Ravisankar.

“The resume works against people who are self-taught—a group that includes a sizable chunk of today’s software developers,” he told Human Resource Executive.

According to Ravisankar, resumes emphasize schools attended and prior employers, leading recruiters to discard qualified applicants without offering them the opportunity to demonstrate their skills.

Most of the cost of hiring for a technical position, Nathan Doctor explained, is due to the many hours engineers spend away from their own work to interview and evaluate applicants. Unlike hiring for non-technical positions, where recruiting generalists can more accurately assess candidates, engineering and other technical position assessments require industry experts. Most companies, however, have failed to hire technical recruiters.

“All too often a company’s hiring process overuses their engineering talent for pre-screens and interviews, many times with candidates who aren’t qualified to begin with,” Doctor wrote.

Beyond the hours spent reviewing resumes and sitting in on interviews, relying on technical-department staff for pre-employment assessments has dire consequences to productivity and the bottom line.

“Seemingly small distractions can undo hours of [an engineer’s] work,” Doctor wrote. “Because it takes continuous precise focus to work toward an effective solution, this distraction can actually have a demoralizing effect as it breaks work flow — short-term memory gets loaded with all of the moving parts, leaving engineers to rebuild their mental model and take even more time to simply get back to even. An hour-long distraction can actually debase hours of work.”

So, if humans err in their assessments of candidates, resumes are poor predictors of job success, and relying on IT staff to assess technical candidates is far too costly for employers, what’s a hiring manager to do? What’s the smart, efficient, way to recruit technical staff?

For a look at what’s working in technical recruiting and technical assessments, stay tuned.  We’re doing a 3 part series that’s being sponsored by our pals at eTeki.  Part 2 coming soon.