Closing the Gap: A Look at Gender Bias in Fortune 500 Job Listings. 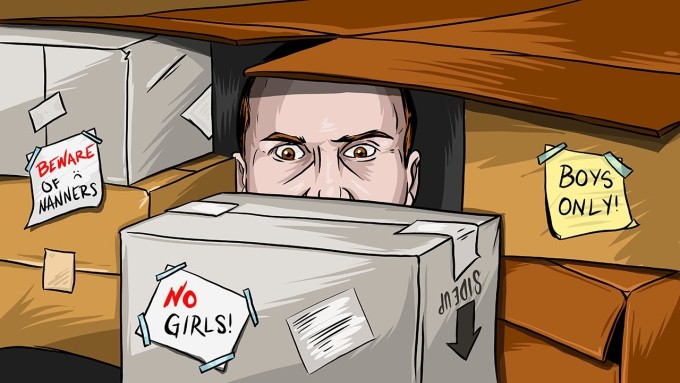 Participating CEOs and board chairs commit to building gender-balanced boards at their own companies and advocating for gender fairness within their industries.

So this week we looked at a key question: When leaders commit to gender balance in the executive ranks, does it change the way people recruit and hire at other levels of their organization?

To find out, we looked at three groups of US companies and ran their public job listings through Textio:

Companies in the 30% Club. We wanted to see whether their job listings are less gender-biased than average.

Companies with all-male boards. We wanted to see whether their job listings are more male-biased than average.

Comparison group. This a sampling of Fortune 500 companies that have not made a strong executive statement about gender balance but do have one or two women on their boards.

Here’s what we found (skip to the bottom for our list of companies that are getting gender bias in job listings right).

All groups average at least moderate male bias across their companies’ job listings. This is in line with what we see at most large US corporations, with some variation by role.

On average the 30% Club companies show less gender bias than companies in the other groups (though there are a few notable exceptions on both sides).

The chart below shows how companies in the different groups stack up.

…except for jobs in tech, finance, and other STEM fields, where jobs are strongly male-biased in every kind of company.

Regardless of the number of women on the company’s board, jobs in tech, finance, and other STEM fields show significant male bias. The table below shows no meaningful difference between categories.

A few companies stand out from the pack.

Large companies are like cities; most include some great, diverse organizations and some that aren’t as great. But eight companies emerged in our analysis as having inclusive, strong job listings across the board, and we are happy to highlight them. These are companies with a range of jobs across the gender spectrum.

For comparison, here are the bias ranges for tech/finance/STEM jobs at the same set of companies:

Even at companies that show strong support for including women in the executive ranks, there is still a lot of work to do. It’s a great start to see gender balance in job listings across a company’s entire catalog of jobs, but STEM job listings everywhere still lag behind.

Kieran Snyder is the co-founder and CEO of Textio, a recruiting technology startup based in Seattle. Kieran holds a PhD in linguistics and has held product and design leadership roles at Microsoft and Amazon. She has authored several studies on language, technology, and document bias.

Kieran earned her doctorate in linguistics and cognitive science from the University of Pennsylvania and has published original research on gender bias in performance reviews and conversational interruptions in the workplace over the last year. She participates actively in Seattle-based STEM education initiatives and women in technology advocacy groups.