The Time Warp: Why Recruiters Still Suck At Candidate Experience. 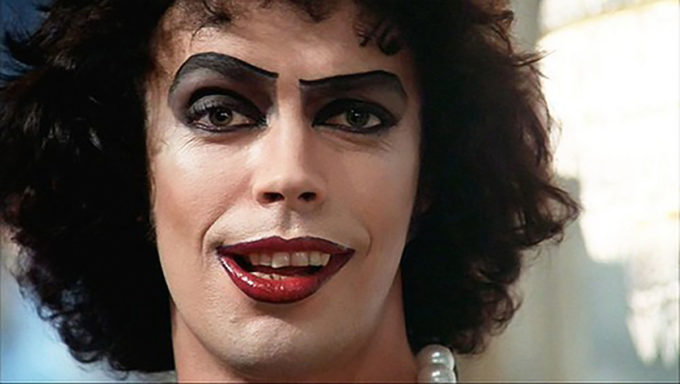 Believe it or not, most employers actually want to treat their applicants well, build positive employer brand buzz and acquire the best and brightest brains in business for their teams and organizations.

Even more surprisingly, most in-house recruiters – you know, the same people taking the brunt of the blame for the sad state of the job search – want every applicant or candidate to have a great experience with their company, whether or not they end up receiving a job offer.

The craziest part is that these same recruiters actually understand that the long term success of their company depends on their ability to actually deliver great candidate experiences.

Of course, the road to hell – and filling reqs, for that matter – is paved with good intentions.

The Sword of Damocles: The Real Reason Recruiters Don’t Respond to Resumes.

A lot of the problem starts with the fact that there are often far too many candidates for most corporate recruiters to thoroughly and comprehensively review each and every resume they receive, or respond to every applicant with a status update or even a succinct note (a limitation, granted, that’s largely technical, tied in with the inability of most applicant tracking systems to successfully scale candidate communications).

Why do recruiters only spend an average of six seconds looking at each resume?

Well, let’s imagine that an employer – for this example, let’s go with a high growth startup – just raised a major funding round for $50 million, which means that they suddenly have to hire an additional 50 employees over the course of the next fiscal year. Most companies receiving this sort of capital infusion inevitably reach what can be considered something of an inflection point, and hire their first in-house recruiter, whose primary task is scaling up staffing and hiring.

That initial recruiter, of course, will almost inevitably ask for a bunch of tools and resources – including additional headcount to help with hiring – and are almost always denied. The company’s leadership and senior management think they’re already investing enough in recruiting – hell, they hired a recruiter – and want to see some positive momentum and demonstrable ROI prior to doubling down on resources.

Any follow ups or appeals are immediately met with, “we’re spending that money on you,” which is a hard point for most recruiters to argue, frankly.

Once In A While: Doing The Math on Candidate Experience.

This might seem like a reasonable response, but making recruiters fill reqs without enough resources to handle the day to day needs of running a recruiting function is the talent equivalent of tilting at windmills. The answer to why recruiters spend so little time proactively engaging candidates or alleviating the pains and frustrations most commonly associated with the job search is purely in the numbers.

Let’s take a look at how it all adds up.

Assuming that the recruiter has 250 working days in a year to make these 50 hires, and not even counting the amount of time it takes to source candidates or proactively post open positions in the first place, here’s how that recruiter needs to spend their time to get their job done (and often, to keep it).

The time it takes the recruiter, on average, to successfully complete each of these deliverables breaks down like this:

But wait a second. Let’s look at that math: this means that we’re already up to a total of 9 hours, which is 3x the amount of productive time the average worker spends during the course of a business day (turns out, we only have about 3 productive hours a day at work where we’re really working, studies show).

Of course, every one of these tasks can be classified as “interruptive” needs, since they require someone else – in this case, the candidate – requiring recruiter intervention and interaction in real time, all the time. The only task that’s not done in real time is resume screening, which is why this critical competency so often receives short shrift. The reality is, even the most dedicated corporate recruiter is unlikely to have the time to even review resumes, much less respond to them.

Even with the odds overwhelmingly stacked against employers like the one in the above example to deliver the sort of requisite candidate experience most recruiters know top talent truly needs, the best talent practitioners are smart enough to understand that if they can simply prioritize sourcing and screening better candidates faster from the deluge of resumes constantly flooding their inboxes or ATS, then the rest of their pipeline will have far better yields, saving an enormous amount of time while increasing both candidate experience and quality of hire alike.

Sounds good – in theory. It’s when they start sourcing these resumes that expectations around experience quickly start sliding.

Here’s how it goes downhill:

Now we’ve just added even more resumes requiring responses, although most of them will prove to be useless as far as viability is concerned. Even before corporate recruiters review a resume, they know intrinsically that there’s something like a 95% chance this person won’t meet the minimum stated qualifications and requisite experience or expertise required by the role.

When given a repetitive task with statistically skewed or improbable outcomes, recruiters, like anyone else, tends to optimize and streamline their time and resources to ensure maximum efficiency and efficacy in driving those outcomes instead of focusing on those tactics or strategies least likely to lead to the optimal end goal (in this case, closing a req).

In other words, recruiters are really good at rejecting resumes because we screen out infinitely more unqualified applicants than ones who are qualified, interested and available – in other words, those who meet the minimum requirements for our open requisitions.

To make matters even worse, a false positive can result in recruiting disaster, making us much more risk averse when reviewing resumes. Which, of course, represent only the front end of the recruiting funnel – in-house recruiters must also fight for requisition and offer approvals, referral programs, recruitment advertising and employer branding, slating and scheduling interviews, implementing scorecards or standardized feedback from their hiring teams and playing the politics required to keep internal stakeholders and hiring decision makers happy.

That’s a whole lot of work.

It’s imperative to understand that while we still suck at candidate experience, just like candidates are doing their best to get a job, corporate recruiters are doing whatever it takes to keep theirs, too. Which is something every candidate should understand.

Vinayak Ranade is the CEO and co-founder of Drafted, a recruiting startup that gives HR and people teams recommendations of real candidates based on their collective network, providing personal introductions to recruiters’ top picks. Drafted is the first external referral tool that seamlessly enables referrals from anyone – even beyond your team – without any extra paperwork or red tape.

Prior to Drafted, Vinayak served as the Director of Mobile Engineering at Kayak, and currently serves as an advisor at Gradable. Vinayak holds a BS in Computer Science and a Masters in Electrical Engineering and Computer Science, both from MIT, where Vinayak also served as a teaching assistant and researcher for NASA.

Vinayak Ranade is the founder and CEO of Drafted, the first referral network. Before that, he served as the director of mobile at Boston-based KAYAK. Vinayak holds a B.S and M.Eng in Computer Science from the Massachusetts Institute of Technology. Follow him on Twitter @pseudovirtual or connect with him on LinkedIn.