Membership
Home / Articles / Diversity Recruiting: War for Talent or Something Else?

Diversity Recruiting: War for Talent or Something Else? 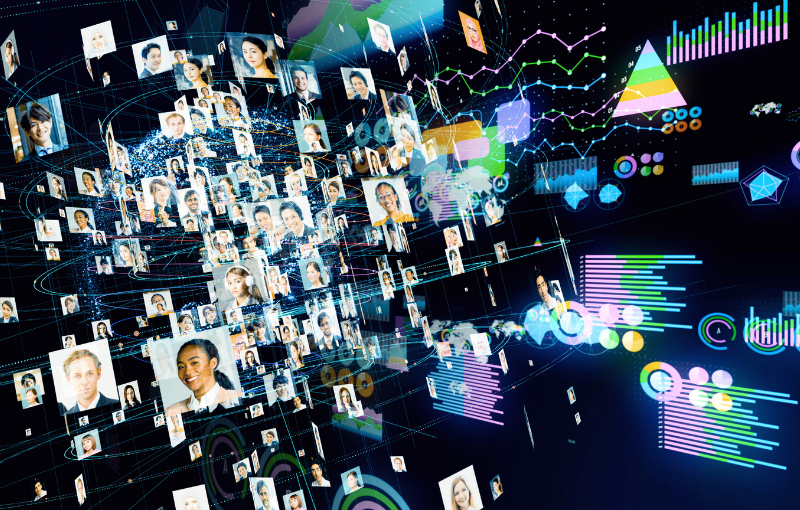 Despite ongoing advancements and active conversations around critical topics like diversity, there are a lot of tired concepts in the recruiting and HR technology space. But probably none more than the “war for talent.”

We’ve heard this phrase repeated again and again for decades. Literally – it originated in the 1990s. That’s not only the last century but also the last millennium. Recognizing this, we need to ask ourselves what the real issue is – a war for talent or something else?

Spoiler alert: when it comes to diversity recruiting, it’s something else entirely. It’s a discovery problem. The war for talent is a safety blanket, a way to explain away a lack of progress and shield recruiters from reality.

Claiming there’s a war for talent provides an out, and it’s time to cut the excuses. Before we look at what the future holds, let’s examine how we got here.

The War is Over

Back in 1997, when Steven Hankin first coined the “war for talent,” the world looked much different than it does today. Then, Netscape was the browser of choice, and tech-savvy folks carried around devices like the Motorola StarTAC and Palm Pilot.

We hadn’t even hit the dot-com bubble yet, let alone lived through the Great Recession or COVID-19 pandemic. Sure, competition remains fierce when it comes to recruiting and retaining talented employees, but that’s where the similarities end.

So why are we still using the same language to describe hiring under a vastly different set of circumstances? To borrow another dated reference, “war is over if you want it.”

With that established, we need to turn our attention to the present state of diversity recruiting. Because history repeats itself and the aforementioned cliché looms large over talent acquisition, we must acknowledge that mistakes have been made.

We’ve relied on ineffective methods that promoted the same types of candidates repeatedly while overlooking everyone else for too long. No matter what anyone tells you, the truth is that companies have never really valued their inbound applicants.

At least not enough. You’ve heard the stories about candidates applying for hundreds of jobs only to get one response.

The Future is Here

Historically speaking, the challenge is that we haven’t had tech that enables companies to understand candidates beyond their resumes. As a result, an overwhelming majority of candidates lob their resume into an ATS and get stuck.

Recruiters, already under pressure and crunched for time, simply can’t talk to each applicant to get more information and thus, only a few candidates advance, typically those from a top-five school or with experience at a FAANG company, while everyone else remains nameless and faceless inside a database. That is why we’re fighting the same battle.

Amid the war for talent conversation, we also started talking about the future of work, another nebulous cliché without merit or meaning. At least it seemed that way until the pandemic showed up and increased civil and social unrest thrust diversity to the top of the recruiting priority list.

But how do we break the cycle when we’ve been stuck in it for so long? We rethink, revise, redefine.

There are a few ways to address the discovery problem, starting with the information we collect. We need to consider diversity from both a historical and future perspective, allowing candidates to self-identify and illustrate the full scope of diversity represented in sourcing efforts and talent communities, at events, and in the workforce.

We look beyond race and gender to see the whole candidate and the levels of diversity they bring to an organization. Few of us are one thing. We are many, and recruiting needs to reflect, understand and facilitate diversity.

You don’t necessarily need to have a strategy; you just need to make the commitment. The goal here is accessibility.

When we developed Canvas, we decided to make accessibility the new reality for diversity recruiting, solve the discovery problem, and level the playing field for all candidates.

We want companies to have access to the information they need to recruit diversely and, at the same time, give power back to their candidates because our mission is to make the world more equitable.

For this to happen universally, those in talent acquisition have to afford applicants the opportunity to express themselves, leverage accurate datasets on any given candidate, and be held accountable for diversity initiatives.

As Josh Bersin recently wrote, “It’s not enough to publish your diversity metrics: you have to make equity goals as important as your financial, legal, and other business outcomes.”

But doing that won’t take a war or even a battle. There’s no need for weapons. This is a community effort now.

Ben Herman is the founder and CEO of Canvas, the Diversity Recruiting Platform that companies like Lyft, Headspace, Airbnb & Dropbox use to understand the diversity of their recruiting pipeline, source underrepresented talent, and measure the ROI of their diversity recruiting initiatives. Ben grew up in London, dropped out of high school, became a recruiter, and was running his own agency by the time he was 21. After growing the company to 15 people and $11M in annual revenue, he realized that there must be a better way to match great companies with great people and started Canvas.