Lose Yourself: Why Substance Matters More Than Style in Recruitment Advertising. 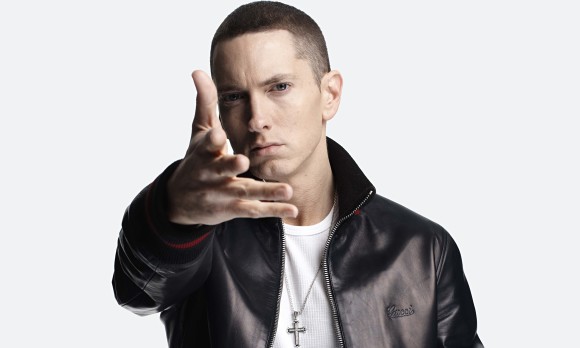 While this Friday’s monthly jobs report (something of a bellwether for labor economists and recruiting geeks everywhere) should paint a rosy picture of an economy at full employment, the global markets’ rollercoaster rides so far in 2016 suggest that the global workforce picture just might not be as truly pretty as it may appear on paper (or in recruitment advertising).

The fact is, while times have been pretty good for those of us in the business of hiring since segueing from recruiting recession to recovery (to say the least).

But recruiters who have been around long enough generally know better than to expect that the market is going to stay like this forever.

This is why many talent organizations have already started to squeeze their already sparse spend, looking to pinch pennies throughout the recruiting process; it seems that in almost every case, the first victim of this employer austerity is existing ad buys, preferring predictive targeting and analytics – pay for performance, it’s pretty obvious, beats post and pray, any day.

The fact is that correlating outcomes with recruitment marketing investments should be common sense, but is just now becoming en vogue in our industry.

This is a great thing, because it aligns theoretical best practices with the recruiting reality that from an operational level, it too often feels like recruiters have to bust their asses twice as hard these days just to produce the same baseline recruiting outcomes as before.

It’s like treading water in terms of tactics, and staying in place means furiously paddling in what used to be the fairly calm waters of corporate talent acquisition, where a post on Monster used to be all you needed for a Monster response, and a TA career could be built on CareerBuilder’s resume database alone. Pour one out, I suppose.

The end result, of course, is a whole lot of the same shit. And nowhere is that more true than in the purgatory of content (and wasteland of spend) that is recruitment advertising today.

Obviously, it seems that an ad, independently, should be an afterthought, considering that it’s superficially small part of an integrated recruitment marketing and talent attraction campaign. Best case scenario, job ads alone, conventional wisdom (and common sense, more than likely) holds that job ads do a pretty shitty job of actually having anyone listen to a call to action or find a compelling way to convert a casual prospect to an active candidate.

Nope; job ads are awesome at achieving one essentially nebulous outcome, if you do them the right way – they should be able to at least get enough attention to get enough candidates to at least start the screening and slating process (fingers crossed).

The problem with job ads, of course, is that they must deliver the sort of catchy marketing tagline that movie posters and fast food joints that let consumers have their marketing messaging their way, and for that message to drive some sort of decision in a fairly fixed amount of time.

Consumer ads know the limitations inherent to both their format and the human attention span, which is why they’re unilaterally 30 seconds, 140 characters, 80×360 pixels – they’ve got to play by pretty well defined rules for getting their message heard, yet some how stand out among the consumer marketing noise. And as we know, no matter what medium, every brand out there is cajoling for more or less the same sorts of sets of eyeballs. That’s why :30 Super Bowl 50 spots are going for more money than most startups receive for Series B. Seriously.

Employers, on the other hand, treat the prose of advertising more or less like open verse poetry, defining their own conventions as they go. The result is a genre that’s about as equally mundane and opaque to mainstream audiences. Given the fact that we’re as consumers, we’re used to advertising that tends to favor special effects, sophisticated storylines and subliminal brand marketing.

Companies putting big bucks behind their big brand push at The Big Game prove that the smart money is still on style as much as substance, even (and particularly) those brands that are already household names even without sinking a small fortune by doubling on the war for share of consumer mind and pocketbook.

Employers would be wise to catch on and emulate this approach, lest they find themselves getting lost in the increasingly cluttered noise of “employer branding” activities happening incessantly across more or less every network out there (please stop).

Instead of writing a list of boring bullet points of cliched catchphrases – a pithy party of inane, meaningless expressions like, “innovative team players needed!” or “turn a job into a career!” and shit like this, I shit you not – try actually forgetting that employer branding stuff altogether and get across, as succinctly as possible, why the hell people should pause and pay attention.

Because when you’re fighting for mindshare, you’ve got to understand that you can’t get across your employer brand, or EVP, or why people love working for you, in the context of a single, isolated and independent job ad. You can’t even thoroughly explain what the job opening actually is.

All employers can really hope for is to get a job seeker’s attention long enough to point them in the right direction to get information – and optimally, that next step leads directly into whatever database you happen to have at the front of your recruitment marketing funnel. Because it’s that pipeline that ultimately leads to hires, and that, ultimately, is the entire point of recruitment advertising. For some reason, a lot of people lose sight of this fact. It should not be overlooked.

The major reason why current calls to action in recruitment advertising aren’t being heard is that instead of redirecting to something less salesy or a little more innocuous, like a landing page to “stay in touch about careers,” they point directly to a job description, one that, unfortunately, almost always sits on top of a shitty ATS, ready to scare a job seeker away at manifold moments even if that description is compelling enough to get them to apply in the first place. The problem is, as recruiters know, is 99% of the time, this doesn’t actually lead to qualified candidates.

If it did, then we wouldn’t have to spend so much time explaining to candidates what the hell the job is really about. The truth is, though, we write detailed enough descriptions to scare away passive job seekers and top talent with limited time or attention spans (they have jobs, you know), none of the candidates we actually capture ever seem to have taken the time to read these theses.

This means that our job ads are scaring off the best and the brightest while the B Team doesn’t even bother to do anything but click apply, which figures, since getting through most ATS processes is like competing in American Gladiators or climbing the Aggrocrag, once you take away the spandex, sequins and fun.

The way most employers approach talent attraction (the “modern” ones, anyway) is to spend a lot of money and make it rain in a futile attempt to attract attention – and in the rare chances that they actually get led to the Champagne room, blow their loads too soon by going straight for the job description. And no respectable kind of candidate is going to go for that kind of crap.

Here’s the best analogy I can make about the state of recruitment advertising today: if employers were movie studios, they’d put 10% of the cash into the actual production budget, and spend the rest on putting together the absolutely most bad ass trailer ever.

Thing is, no matter how good that trailer is, the fact that the product that trailer is trying to sell is bound to be an abject piece of shit goes without saying, as Bay/Bruckheimer pics, Lifetime Movie Network flicks  or the good folks at 50 Shades of Black can tell you.

Invest in an awesome job ad, and no matter what the market looks like, you’re going to find a kickass candidate. Invest in expensive agencies, flashy campaigns or activities like career fairs or campus events that mostly don’t add a ton of value, then you’re not only going to lose candidates, but the ability to prove that your recruitment marketing spend is adding value to the bottom line instead of just leeching money from increasingly tightening talent budgets.

But if you can’t prove what you’re doing is working, then there’s a good chance you won’t be working for long. You’ve been warned.