Sending Out An SMS: Recruiting Texts From Last Night. 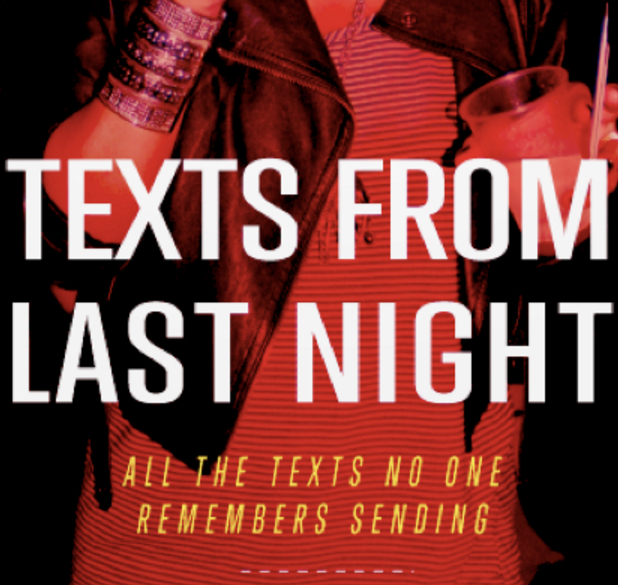 In recruiting we spend a whole lot of time talking about striking the balance between automation and personalization, and how best to blend high tech with high touch. But for all the talk about email blasts, talent communities and employer branding, for some reason it seems like we’re all ignoring what seems to be a pretty obvious solution to what’s become a fairly endemic problem in talent acquisition today.

Imagine if a new SaaS product came out today that could guarantee a 90% open rate within three minutes of being sent. You’d probably pay whatever it takes to get your hands on what sounds to be a silver bullet for sourcing and candidate development.

I mean, 9 out of 10 candidates read my message within three minutes, I’m pretty sure we’d all throw obscene amounts of cash in whatever vendor could confidently make that guarantee – those response rates, after all, are pretty much unheard of in traditional talent acquisition technology.

Why Text Marketing Kicks The Crap Out Of Social Recruiting.

The thing is, that product already exists, and you’re probably already using it; it’s called texting, and several studies support the fact that texts are by far the best way to make sure your message gets heard by the right person at the right time, in real time, all the time.

With an open rate ranging from between 90-99%, and with 9 out of 10 texts being read within three minutes of being received, the most powerful weapon in mobile recruiting may have been sitting there on your phone this entire time.

How many millions of dollars, after all, have companies spent to buy up followers and friends on Twitter or Facebook simply so that they can have the capability to get their brand message out to hundreds of thousands of people who could give two shits about your sponsored story, in the unlikely event they’d actually see it?

It’s easy to forget, but the reason Twitter is capped at 140 characters is because it was developed based off the SMS (that’s short message system, for short) limit of 160 characters; Twitter caps user names out at 20 characters, thereby splitting the difference and establishing a whole new form of communication that’s never betrayed its origins as an SMS service. Texts were the entire point of tweeting, once upon a time not all too long ago.

Still not convinced? Well, let me try the old peer pressure approach: dude, everyone’s doing it! Last year, users around the world sent an estimated 200 billion Tweets, a big number dwarfed by the deluge of an estimated 7.2 trillion (that’s ‘trillion,’ with a ‘t’) text messages sent globally in 2015 alone.

I mean, if that statistic doesn’t convince you of the case use behind using texting for talent acquisition, then you’re a lost cause. Think about the sheer volume of data represented in those 7.2 trillion texts (and counting) we send every year. It’s mind blowing, really, and it’s fairly safe to say that texting has become the predominate form of human communication in the 21st Century.

Don’t worry. It’s not a sign of the Apocalypse. It’s actually a pretty kick butt opportunity to transform your applicant acquisition and candidate engagement strategies to be more efficient, and effective, than ever before.

I know what you’re probably thinking. Sure, you send lots of texts, but those are personal messages, not professional ones. Am I right? Please. Come on, man. That’s kind of the whole point of recruiting, if you’re doing it right.

That said, the perception that SMS communication is entirely driven by individual users isn’t completely accurate. According to a Pure360 report from 2013 , 54% of US consumers receive at least one branded SMS message daily, and 50% of those who receive branded texts at some point convert into actual buyers. That’s right – fully half of those potential prospects actually closed due directly to a branded text message.

I have to believe that, three years after this original study, that the reach and ROI demonstrated by such successful texting trial runs have made this marketing approach even more prevalent, with the volume of brand-based texts skyrocketing to the point of ubiquity in 2016.

What limited data there happens to be available on current consumer trends support this belief. But for some reason, even as marketing departments embrace texting, recruiters are well behind the professional adoption curve on a technology almost all of us are already using for personal purposes, never thinking that maybe, just maybe, that silver bullet might have been in their hands this entire time.

This shouldn’t be a surprise, as recruiters are often late adopters, but this is one trend no talent pro can afford to miss. So, once again, it’s time for all you recruiters out there to put your marketer hats on and start thinking differently about candidate communication and engagement. Yeah, again.

Consider the question of where, exactly, you’d find candidate cell phone numbers to call if you were starting a search today. I’m going to guess it’s your ATS. Even in the few cases where a candidate’s cell phone number isn’t a required field, almost every resume in there is going to have their direct cell number prominently posted right at the top of the page.

If you’re not finding what you’re looking for there, I’d look at tools like ZoomInfo, Netprospex, Prophet or Spokeo. If your candidate has a cell phone, there’s a good chance the number is accessible on one of these profile aggregators, which makes building a lead list for texting campaigns far easier than trying to test a bunch of email matrixes to find out what address to start spamming.

Converting Contacts Into Candidates With Text Messaging: A Case Study.

OK, so you’ve got a bunch of cell numbers. Now, most of the time, you’d probably start straight cold calling through your lead list, but this is where the true power of texting truly comes in. But chances are the only way you know how to send texts is through your cell phone, and if you’re like me, there’s no way in hell you’re giving that number out like candy to candidates.

Good news: there’s actually an app for that. TextMe is a free recruiting tool that allows users to generate a random number to send anonymized texts from. While you’ll receive responses directly to your phone, you’ll hear a different tone to let you know whether or not it’s from a candidate. Pretty cool, right?

So, what more can I say? If you know how to cold call, the rules of the recruiting road still hold true when it comes to approaching text messaging. As evidence, I’ve got an actual example that I really used in my real job with my real team at Hudson. Contact information has been hidden to protect the innocent.

And just like that, what would have been a wasted InMail turned into an actual phone interview easier than if they’d actually replied directly on LinkedIn, where we had originally connected. Now, I know what some of you in the back of the room are probably thinking: “phones are for calling (or sourcing) – they’re certainly not for texting!” If that’s what you really think, well, all I can say is, think again. In fact, there are a few things wrong with that mindset that seem to be fairly self-evident.

First, calling and texting aren’t mutually exclusive; second, while I still believe that you can’t replicate the connection you can make with a candidate over the phone, when it comes to sourcing, the number of recruiters actually making cold calls has plummeted precipitously.

As the old adage says, “you can’t change the wind, but you can adjust your sails.”

How do you know whether or not recruiting related text messages are working for you? Well, if your texts show up on the site textsfromlastnight.com, you’re either doing a really great job engaging candidates, or a really non-compliant one. Or, if you’re like most of us, somewhere in between. But, like The Great One once famously said: “you miss 100% of the shots you don’t take.”

And you’d miss about 90% of the candidates you could otherwise be reaching if you put down the phone and sent some texts out for a change. If you’re not already sending out an SMS, you’re headed straight for the biggest iceberg our business has seen since the invention of the Internet. Seriously.

Mike Wolford has over 9 years of recruiting experience in staffing agency, contract and in house corporate environments. He has worked with such companies as Allstate, Capital One, and National Public Radio.

Mike also published a book titled “Becoming the Silver Bullet: Recruiting Strategies for connecting with Top Talent” and “How to Find and Land your Dream Job: Insider tips from a Recruiter” he also founded Recruit Tampa and Mike currently serves as the Sourcing Manager at Hudson RPO.

An active member of the Recruiting community, Mike has spoken publicly in an effort to help elevate the level of professional skill.