Membership
Home / Articles / How To Make Sure You Know Exactly Who You’re Hiring.

How To Make Sure You Know Exactly Who You’re Hiring. 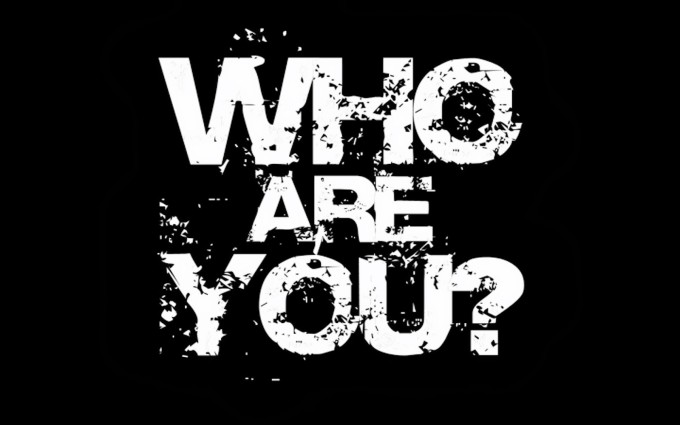 As the ousted former CEO of Yahoo!, the disgraced Dean at MIT , the publically shamed past President of IBM or the would-be head football coach at Notre Dame can tell you, lying on your resume never really pays off in the long run.

That these extremely public, extremely prestigious posts were each obtained by candidates later found to be lying on their resumes suggest, it’s a problem that’s a pervasive and increasingly prevalent problem for employers everywhere.

Even though background and reference checks have emerged as more or less an inevitable component of almost every employer’s pre-screening process, a surprising percentage of candidates are willing to risk getting caught in exchange for the rewards of getting an offer.

According to a recent Harris Poll survey on behalf of CareerBuilder, in fact, fully 58% of hiring managers reported to having previously discovering a candidate misrepresenting, hyperbolizing or downright lying on their resumes during the hiring process.

This epidemic seems endemic across functions, with financial services (73%) hospitality (71%), tech (63%) and healthcare (63%) ranking among the industries most likely to have encountered someone lying on their resume. The recruiters responding to the survey indicated the most common resume lies included embellishing skill set (57%), embellishing previous responsibilities (55%) and falsifying dates of prior employment (42%).

While these white lies are most common recruiting red flags most often raised by candidates lying on their resumes, some go so far as to throw some blatantly fake – but kind of funny – fabrications into the mix. Take the guy who claimed his prior experience was serving as the Prime Minister for a completely fictional country. Or the candidate who felt lucky that no one would Google him to find out that he was not in fact, an Olympic Gold medalist in rollerblading (which, coincidentally, is also not really an Olympic sport).

Even these tall tales can’t stretch the truth that background screening service EmployeeScreenIQ found in a recent survey that an overwhelming majority of employers are more likely to hire a candidate whose background check reveals a criminal record than one whose background check raises resume red flags. In fact, 55% of recruiters responding to the survey they’d still consider a candidate with a prior conviction, compared with only 10% who report they’d give the similar benefit of the doubt to someone who they discovered had intentionally lied on their resume.

This offense, it seems, is the one crime that’s simply unforgivable, at least as far as recruiters and employers are concerned.

5 Ways To Make Sure You Know Who You’re Hiring

Of course, these numbers don’t speak to the candidates who successfully slip through the screening safeguards in place during the pre-employment process designed to preempt these practices; in fact, NBC News recently estimated that over 250,000 professionals are found out and fired for resume lies by their current employers well after onboarding.

The high costs of a bad hire can be steep, with the pricetag for backfilling a bad hire estimated to cost employers an average of $50,000 for exempt workers, according to recent BLS data.

No recruiter can risk paying the heavy price tag associated with failing to find out a resume-related fabrication or falsehood before it’s too late; while lying, cheating and stretching the truth might be pretty much inescapable parts of pretty much every recruiting process, getting burned by resume lies shouldn’t have to be.

Here are 5 things every good recruiter should do make sure they know exactly who they’re hiring:

1. Go Beyond the Background Check.

Sure, chances are good you’re already running at least a basic background check, which still serve as valuable tools for researching candidates’ criminal records, credit histories or previous employment history.  There are, however, many things that the majority of background checks fail to flag, such inflated claims of their current salary, true skill set or personality alignment with company culture.

This is why it’s essential to utilize other reliable pre-employment screening tools and techniques in combination with basic background checks.

Leveraging proven pre-screen methodologies like mandatory skills testing or even basic behavioral or personality assessments can offer a much more balanced and clear representation of who a candidate really is and whether or not they’re able to deliver as promised than a simple background check and basic reference process.

Even though the most rudimentary background check will likely uncover a relatively minor arrest from 20 years ago on a prospective new hire’s record, using this tool in tandem with another testing methodology can be critical in offering employers the information and insights they need to determine whether or not a respective red flag might be worth overlooking or if they’re indicative of bigger issues that might make them unemployable. After all, when you’re judging the content of someone’s character, context counts.

Yeah, reference checking can be a major pain in the process ass – sure, anyone can come up with a few names and numbers of people willing to put in a good word, whether or not they actually deserve it. Likewise, any employer can contact a listed reference, ask a few asinine and practically pointless (but polite) questions and do nothing more than that requisite box before extending an offer.

But doing more than just finding out if a candidate didn’t totally suck to work with or whether or not their resume accurately reflects the responsibilities listed for a previous role can offer employers a broader picture of a potential hire, and a much more accurate predictor of whether or not a candidate will deliver as promised and that their experience or expertise actually align with your open position.

Rather than ask a few standard yes/no or close-ended questions, consider leaving some room for references to speak freely and openly about their previous experience with a potential hire – it’s imperative to let them guide the conversation and listen closely enough to follow up appropriately with enough questions to make sure that you understand not only if a candidate meets the requirements of your open position, but also the intangibles no job description or resume could capture, like culture fit or career aspirations.

These soft skills are every bit as imperative when determining whether or not it’s worth moving ahead with making an offer, and reference checking represents an ideal opportunity to do the due diligence worth doing to make the right decision and preempt bad hires before they happen.

3. Stop Going Through the Motions.

People who lie on their resumes or during the interviewing process generally know that they’re taking a risk by misrepresenting themselves to a potential employer, and as a result, are likely well prepared with their own scripted responses for the most commonplace and cliche questions (like “what is your greatest strength?” or “why do you think you’d be a good fit for the position?”); instead requiring specific examples from their previous work experiences (“tell me about a time when…”) or similar behavioral based questions that require candidates to prove they actually know how to do a job, not just how to answer a question about how to do a job.

Every good recruiter knows there’s a huge difference – and that asking pointed questions is a far better way to poke holes in past experiences or perceived expertise than simply sticking to the same old script that everyone expects when going through the interview process.

Of course, for this to work, you’ve got to know more about the job than just what’s on the description – recruiters aren’t the only ones who can convincingly sting together keywords and fake their way through a role they don’t really understand.

The base assumption that recruiters don’t really know the roles they’re recruiting for is one of the primary reasons so many candidates risk resumes lies – because you don’t know what you don’t know, you know.

The easiest way to preempt making a bad hire is by requiring candidates to perform a small task or simple project as part of the recruiting process; many companies make this a mandatory step for every job seeker. Many expect even the best candidates to be willing to do this sort of extra work for free as a means of proving not only their skills, but also their motivation and whether or not they really want the job.

This is, in theory, a good idea, but make sure that if you require candidates to do extra work and do not plan on providing any sort of additional compensation for adding this additional step (and often, a ton of time) to the hiring process, make sure that you’ll not only gain insight into the employee’s work, but that they’ll have a chance to preview the kinds of assignments and projects the successful candidate can expect on the job.

Be aware that the more involved or intense these assignments are, however, the more likely candidates will be to drop out or decline to move ahead in the process, so it’s always a good idea to make sure to compensate candidates for work related tasks or projects at comparable to what you’d pay any other freelancer.

That way, not only are you able to get real examples of real work from real candidates, but by really paying them for the extra sweat equity, you’re going to see whether or not a candidate’s resume is really representative of their expertise or experience – and know that you’re going to get what you pay for before actually making an offer.

When you know a potential hire before ever seeing their resume, chances are you’ll know what they’re about – and know that when the time comes to convert connections into candidates, you know what you’re getting when you successfully transform passive prospects into actual active applicants.

If you don’t know exactly who  you’re hiring, chances are you’re not hiring the right person in the first place – no matter what their resume says.

And that’s one mistake that no recruiter or employer can afford to make. No lie.