Membership
Home / Articles / Behind The Buzzword: What Recruiting Innovation Really Looks Like.

Behind The Buzzword: What Recruiting Innovation Really Looks Like. 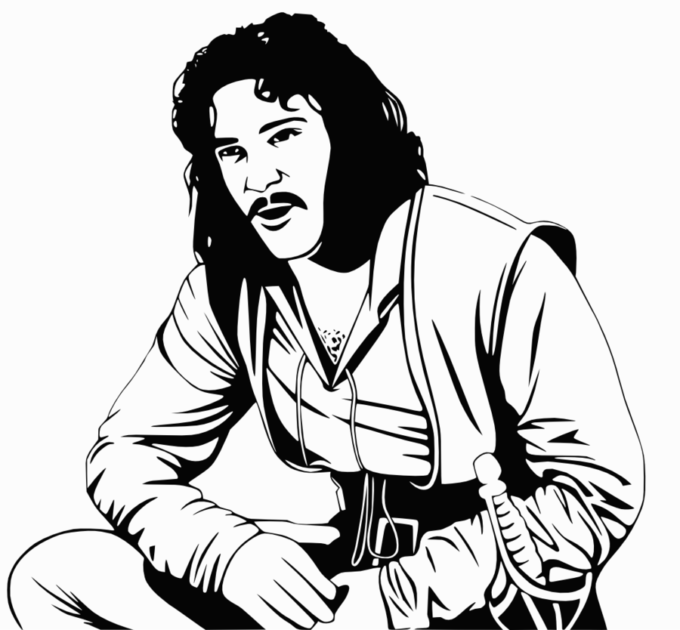 It seems counterintuitive to take a step back and challenge the basics of innovation, but all things considered, it seems apropos to pause and wonder exactly when innovation became so, well, stale.

The word ‘innovation’ gets bandied about so much in the HR and recruiting space it has become, ironically, a tired cliché.

But just like the word ‘influence,’ this is one subjective term that, objectively, really can’t be defined (at least by consensus), much less measured.

The term “innovation” seems to be the new “transparency” or “community”- an obnoxious, meaningless buzzword – for start-ups and established players alike.

No company that’s innovative has to talk about being innovative – the proof is in the product. Except, as I keep learning, that product is specifically designed for recruiting, as reiterated when I recently served on the judging panel of a fairly prestigious award given out annually to the most promising startup plays in HR Tech.

This meant sifting through a whole lot of almost identical product pitches, and almost unilaterally every single one of those submissions, somewhere, made some reference to how innovation was one of their competitive differentiators. It would be kind of funny, if it weren’t so damned sad.

Of course, the familiar tropes about innovation could be because this was one of the five categories on which submissions would be judged. I’m guessing that most of these pieces of purple product prose were probably penned by a plodding publicist or pedestrian product marketer, to be fair to the startups under consideration.

But in reviewing these entries, I realized that none of them (and there were a few dozen) were actually doing anything that would be considered “innovative” by any objective measure. Adding video capabilities to a SaaS install isn’t innovative. Neither is using APIs to create a “marketplace” (read: channel sales), visual or non-traditional resumes (why is this still a f-ing thing?)  or building an app. Gamification isn’t innovative – it’s not even a word, TBH.

Since I saw nothing even remotely resembling innovation (I voted for a talk to text plugin for enterprise HCM systems for crying out loud), I had to return to the organizers and ask for clarification on what the hell they meant by “innovation,” since we clearly had drastically different definitions for this seemingly simple word.

This was their oh so helpful reply:

“Innovation is simply considering how innovative their approach is relative to recruiting.”

As any third grader knows, you can’t define a word by using it in its definition.  But asking for clarification is similarly amorphous, particularly in an industry like HR and recruiting where almost everything is a late market catch up play.  At least not compared to consumer tech.   But as this ballot illustrates, only in this industry are independent outcomes of technology, business value and viability rather than prerequisites for the existence of innovation.

Many of the start-ups who submitted to this (fairly legit) competition are incredibly well funded and have gone through several rounds of financing and unsustainable growth of both headcount and hype that one has to ask when, exactly a company needs to stop starting up and start, you know, actually doing.

Video interviewing was around five years ago.  It was just called Skype.  And enterprises were using it then, an established part of the international hiring workflow for one Fortune 50 company in 2007, according to official HR policy and personal experience.

Job applicants were looking for jobs on their smart phones then, too; I have vivid memories of scouring Indeed every day on my state-of-the-art Blackberry Curve, style sheets and all. It’s just that at some point, candidates had to actually go on your career site and apply.  Or, I suppose, have very nimble thumbs and keen eyesight to go through page after page of ATS populated pop-ups and pull-downs.

For some reason, we haven’t fixed this yet, but hey. I’m sure managing those crazy Millennials or figuring out how to increase InMail response rates are way more important. Sigh.

Look, the problem remains fundamental: “candidate experience,” for lack of a better term (although one must exist).  But we find it somehow profound when someone says (as they did at least twice last week) “candidates are consumers and customers.”  Which means, from a software perspective at least, they’re users, too.

What seems to be lost in a lot of the demos and pitches I’ve seen this year is that while the candidate focus is nice, HR Technology can’t actually deliver on even the most basic experiential expectations, since even the best HR and recruiting systems still suck when compared to what we expect from consumer technology.

If candidates are consumers, they’re going to be disappointed even if you do have a killer careers site and compelling employer brand. You can polish a turd, but you can’t make Taleo shine, as they say – or work on a mobile device.

Of course, the mindset of most end users of talent acquisition and management has already changed. That change, however, largely ends at work (or a corporate firewall).  But by applying the same level of scrutiny that they do for a big ticket electronics purchase these expensive enterprise point solutions, these talent leaders (and even industry analysts) would likely realize how ridiculous and commoditized this space has become.

Imagine walking into, say, an Apple Store or Best Buy and buying software that’s really a little pricey for what you were looking for (how to upload videos from my new digital camera into my computer), and won’t actually solve the problem (you need a lightening cable, not a micro USB), but once fixed, will solve the problems you don’t have yet (professional editing capabilities for the videos trapped on the camera).

Most consumers wouldn’t make that purchase in the first place, or at least, until they had solved the initial problem.

But what if that same software you just laid down the plastic for not only came with not only no 30-day return period, but a three year contract?  And that most of those cool features and functions that you were promised were just “on the product roadmap,” and “should be ready by next quarter?”

You’d never make that purchase – no consumer ever would.

But that’s exactly the premise so many HR and recruiting technologies flooding the marketplace seem to espouse as a viable go-to-market strategy.  The trade off, of course, is innovation – no one wants to be a late adopter.  But if the fundamental problem is that your operating system – your ATS – is obsolete or cumbersome – then no amount of after market add-ons will make the core user experience any better or more up to date.

No wonder that even after seeing some of the most “cutting edge” and “innovative” products and technologies in the recruiting space over the course of the past few years, the biggest challenge for pretty much every recruiter out there remains systems integration and standardized reporting capabilities, which aren’t as sexy as, say, “inbound sourcing” or some shit, but probably a pretty good indicator of why maybe, just maybe, innovation isn’t actually all that important in our industry.

The existence of so many disparate systems in the first place suggests that this kind of “innovation” has, like most that passes as innovation, been done before.  And had any delivered as truly promised, the integrations challenge wouldn’t be a pervasive problem.  Or any problem at all.

But, of course, viability and business value aren’t really independent of innovation. Nor is innovation subject to the terms and conditions of a three-year contract.

Innovation is a long term goal, but in the short term, it’s beyond most of our collective capability gaps. Look, we all want great software, but maybe we need to work on building process around the foundational stuff that no software in the world can fix. Om fact. innovation is a convenient talking point when trying to get money for tech designed to solve a problem that doesn’t actually exist outside of analyst reports and product marketing collateral.

So shut up about it, already. Innovation is overrated. Worry about iteration, instead.

Because if we keep sweating the small stuff, maybe someday, recruiting will finally be ready for big changes. But for today, it’s imperative to build recruiting roadmaps around people, not products, or else our profession will inevitably stay stuck in the same stagnant status quo. And no one wants that.

About the Author: Matt Charney is the Executive Editor of RecruitingDaily. Follow him on Twitter @MattCharney or connect with him on LinkedIn.