8 Things To Consider When Doing A Video Interview 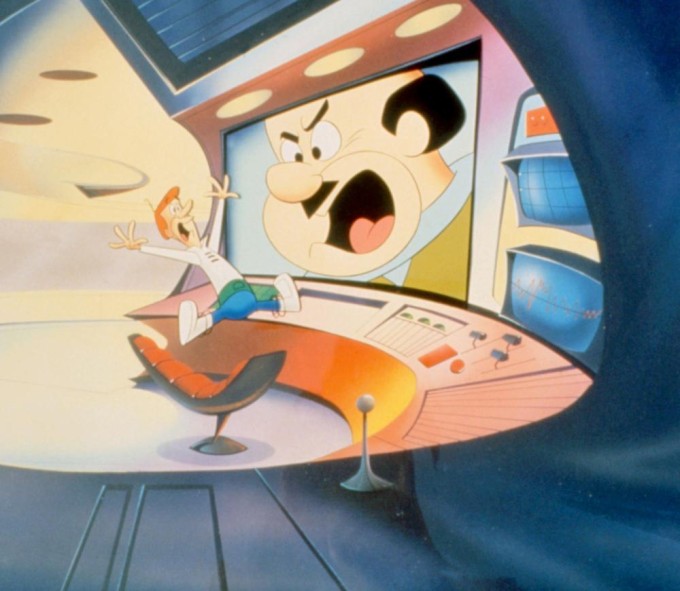 The future of recruitment is now. How did we get here? Let’s take a quick look at the evolution of how we communicate with candidates and clients.  First, it started with the phone. Then, just the fax. From there came voice-mail, e-mail, beepers and PDAs. Then our phones suddenly became ‘smart,’ and along came texting, Tweeting, FaceTime and Facebook.  Sometimes, it feels a little like staffing at Spacely Sprockets – we’ve truly entered the Jetsons’ era. Only we call our flying cars “drones.”

While I’m often surprised by the pace of progress, truth is, I never thought, even with all the other technologies and tools out there, that we’d actually use video interviewing daily in our jobs.

But it’s been about a year since I started using video interviews actively for recruiting purposes.While these solutions have been around for a little longer, but it’s only been in the past year that I’ve really adopted and embraced this technology.

As the Global Sales and Marketing Recruiter for Rosetta Stone, my role requires working with clients and candidates from around the world. My very first day on the job, we were using Google Hangouts to communicate with our counterparts within the company. Since I’m based in Austin, but Rosetta Stone’s corporate headquarters are in Washington, DC, communicating with my colleagues might have posed something of a problem, say, five years ago.  Today, I see my co-workers every day through video technology, even though they’re in locations all over the world. Similarly, I use Skype to really engage with real candidates in real time; it doesn’t matter if they’re in Brazil, Berlin or Boston.  Which is really cool.

I’ll admit, when I first started incorporating video into my daily recruiting routine, I didn’t really think too much about etiquette. But trust me: there are things you should and shouldn’t do while using video at work.  Just three short years ago, everything was done by phone; no one could see behind the scenes at my home office.  But today, I have to make sure to look the part, because there’s no hiding when you’re on camera- you’ve always got to be ready for your close-up.

It’s critically important for recruiters to present themselves to candidates as consummate professionals, and being seen in the best possible manner means using their best possible manners.  As new as this technology is to recruiting, these common sense tips aren’t necessarily common knowledge, but here are some “dos” and “don’ts” to help avoid some of the most common video interviewing mistakes I see every day.

Here are some recruiting rules of the road for video interviewing:

1. Be Aware of Your Surroundings: Sure, it’s important to know if that cereal bowl sitting on your desk can be seen on camera, or that unwieldly stack of papers isn’t blocking the camera frame.  Sure, it’s important to keep your phone on silent so it doesn’t ring and close all windows on your computer with push notifications or noise alerts to ensure a distraction free video conversation.

Yeah, I’ve made similar mistakes. But two things: these little things suggest bigger problems, namely, a lack of attention to detail and that you’ve come to an interview unprepared. If you’re going to invest in video interviewing, I’d suggest investing in some sort of backdrop. Most don’t take a ton of space or money, but can pay off by eliminating the background distractions that often detract from the video interviewing experience. Not to mention, most look way more professional than that home office of yours.

2. Look The Part: Sure, you don’t have to slap on a suit and tie for every single video interview, but remember that these are more or less meetings, and just because you’re not physically in the same space doesn’t mean you don’t have to be as presentable as if you were sitting across from your CEO and leadership team.  Make sure you’re wearing at a clean, wrinkle-free and professional collared shirt or blouse since that’s the clothing your counterpart will see on camera.

And while your pants might be out of frame, I’d strongly suggest wearing them at all times – you never know when you might accidentally tilt your camera or alter your framing. Trust me, it’s better to be safe than sorry.

3. Hygiene Counts: No one wants to trust their hiring to a hobo. Shaving, putting on makeup, keeping your hair combed and well kempt are just some of the personal grooming basics that, for some reason, I’ve seen many people neglect during a video interview. Also, make sure that if you’re doing interviews after a snack or meal, you brush your teeth (or just make sure you don’t have a rogue piece of spinach sticking out).  Don’t laugh – this happens all the time. And it’s gross.

4. Watch Your Body Language: Because you’re on camera, your body language is visible – and making sure it doesn’t get lost in translation means making sure to remain poised and polished. Even though this is video, eye contact matters in every interview, so make sure to address the camera directly.  If you’re constantly looking around, fidgeting or are unable to look straight into the lens, it looks like you’re either nervous, hyperbolizing or flat out lying. All of which are kind of red flags in recruiting.

5. Turn Off Your Cell: I mentioned this briefly before, but it bears repeating: turn off your cell. Seriously. Don’t even bother with putting it on silent; not only can the mic on most webcams pick up that damn buzzing, but you’re likely to at least glance at the phone. And if you’re not looking at the camera, you’re looking for trouble (see point #4).  I’d suggest putting your phone in another room entirely; constant beeping or buzzing, even if it’s not in your immediate area, just makes you look rude and inconsiderate. Don’t be that guy.

6. Silence Is Golden: I’ve got two kids running around my house, and it can get loud in my home office, to say the very least of cute – but unexpected – visitors popping their head in during the middle of meetings. That’s why I’ve learned that during important video calls, like executive updates or hiring manager meetings, it’s important to plan ahead.

Make sure that if you can’t plan meetings around when people are going to be out of the house (which is ideal), at least let them know in advance that you need quiet and shouldn’t be disturbed. Of course, you can’t completely control this, but you can at least minimize the distractions caused by background noise.

7. Act Like It’s IRL: We know how you’re supposed to interview in person – you know, be on time, come prepared with questions, practice your answers, research the company and role, all that career advice stuff you’ve heard a million times before. The exact same rules apply for any interview, regardless of medium. It’s easy to get distracted in a video interview or make a bad impression by making any one of the easy mistakes described above; in fact, for candidates, I think video interviewing is actually harder, which is why preparation is even more important.

Make sure to take a few test drives with the technology to make sure you’re not going to run into any difficulties.  If you’re using a platform like Skype or Google Hangouts, try calling up a friend or colleague ahead of time to make sure they can hear and see you (or get feedback if you’d like to do a little on camera rehearsing).

Make sure you download any applications and test settings and configurations at least a day in advance, and make sure you have a backup option, like a phone number, in case you need to reach the other person as a contingency – accidents happen, particularly when there’s video involved, but nothing’s worse than having to cut an interview short because of technical difficulties.