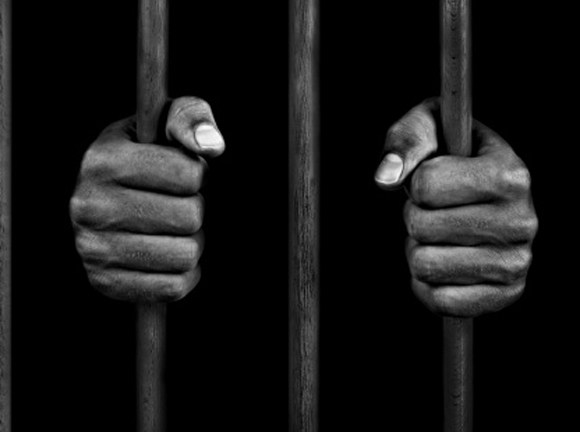 There is a myth that’s been perpetuated in our perpetual prison state that the purpose of incarceration is rehabilitation. The term “debt to society” has become ingrained in our vernacular as a shibboleth for sentencing; inherent is the notion that this debt can, in fact, be repaid. But the fact is, if society is the creditor, our terms are so onerous that they make payday loans seem innocuous.

No Matter Where I Go.

Once someone is convicted of a felony, of course (and in many cases, even just a minor misdemeanor), then they are effectively disenfranchised and marginalized in perpetuity, no matter what the circumstances or even charges were that lead to their conviction.

We can agree, surely, that insider trading is a far less heinous and infinitely more forgivable crime than Murder One or pederasty, and yet, for all intents and purposes, we make little distinction between the two post facto.

A conviction is a conviction, and while sentencing might drastically differ in respect to the seriousness of each offense, once you join the tens of millions of Americans defined almost exclusively by their status as convicted criminals. And largely, the punishment doesn’t fit the crime.

Nowhere is that more true than in the recruiting and hiring process. 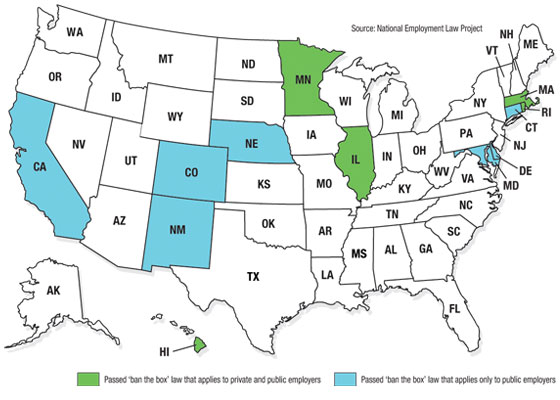 While companies may have different value propositions, processes and positions within talent acquisition, the only real consistent element of the recruiting process across industries, roles and geographies is that pretty much every candidate must undergo a criminal background check in order to get hired.

And if a candidate doesn’t come back completely clean, well, it’s almost always a nonstarter, regardless of position fit, experience or skills.

That candidate, suffice to say, will no longer be considered, even if – as is often the case – an offer has already been made. It’s literally the only condition on most every conditional offer extended, and it is the only factor which unconditionally negates them.

Most companies have some verbiage on an application that asks if the candidate has ever been convicted of a felony (or, often, placed on diversion as is mandated by required FDIC disclosures).

This is inevitably accompanied by some verbiage that says “checking yes will not automatically disqualify you from consideration” or some equally ambiguous disclaimer, but let’s face it – both the candidate and employer know that’s a flat out lie.

Even if there’s no policy in place prohibiting the hiring of someone with a criminal record, the chances of an employer actually moving forward with a candidate with a less than perfect past are virtually non existent.

There have been efforts, largely unsuccessful, to ban this box, but in many cases, this wouldn’t really matter even if this legislation were adopted. Any gap in employment caused by incarceration has to be explained; any flexibility needed to meet often onerous conditions of parole would have to be disclosed.

This is really a lose-lose for candidates, because even if they somehow evade these questions in a screen or opt out of disclosing this stuff during the hiring process, they’ll still get flagged and disqualified during the background check process.

If they’re honest and upfront, they won’t make it that far. 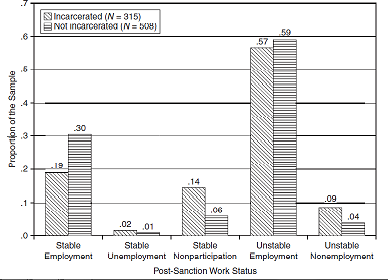 And so, the cycle continues, inevitably raising recidivism and perpetuating the cycle of poverty and economic immobility that create the exact conditions under which most people commit crime.

They largely do so because they are left with no choice but to break the law, and that’s not saying they have to rob banks or commit stick ups to get enough cash to survive (particularly since many states also disqualify those with convictions from receiving social aid like welfare or EBT, effectively taking away the only “safety net” in existence).

Most, in fact, turn to the underground economy as a result of the lack of access to formal markets – predominantly, this involves growing, selling or distributing drugs, which is the cause of almost half of all convictions in the US in the first place (48.6%, to be precise).

But it’s the only money to be made when you can’t make any money, even if most involved in the trade would prefer not to be involved in a business that’s criminalized, violent and dangerous for even the smallest of small time dealers.

Same goes for guns, forgery, fraud or any of the other (less common) ways that exist to make money off market.

Even Uber disqualifies candidates with criminal records from being “partners,” so the proverbial gig economy is closed off, too. There is no way to get your side hustle on when you’re a convicted felon, so you have to get involved in a hustle that’s probably criminalized.

The only option many have for employment is to get temp jobs – inherently, ones without benefits, stability or opportunities for professional growth and development – through agencies specializing in filling menial jobs and manual labor on an ad hoc basis.

Many of these agencies, rather than doing so out of some sort of altruism, only hire felons because the risk is negated by the reward of being able to collect up to half of the money that worker makes from the client, paying the worker directly only after deducting a high percentage of their wages for doing nothing more than helping them find a job they don’t really want in the first place.

This, for some reason, is legal – an ironic contradiction that’s not lost on the workers they’re hustling (and, objectively, exploiting).

Even the most reliable workers at these thankless temp jobs, the highest performers and the most motivated, are rewarded by being fired every 89 days, then immediately rehired, so the staffing firm can avoid having to classify them as full time employees and pay the associated taxes and benefits they deserve.

This accounting trick doesn’t account for the fact these practices often lead to these marginalized workers finally opting out of this last ditch option and back into a path that leads right back to prison.

Or, of course, they can also turn to begging, vagrancy and homelessness after all employment options have been exhausted. Then, we tell them to get a job and wonder, indignantly, why they’re entitled to the handouts they’re asking for.

Here’s the thing- it’s not that convicted felons are lazy or unwilling to work. Those people are mostly on federal disability, which, again, felons are not eligible for even applying for.

At best, a disability entitles them to “compassionate release,” a shortening of their incarceration that really only serves to push them out of a system where they at least have guaranteed access to the healthcare. Ironically, inmates are the only Americans who are Constitutionally guaranteed healthcare, but that’s where the guarantees end for most.

Because when their debt to society is finally paid, most quickly learn that their freedom still comes at a tremendous cost, and the interest rate for time served will continue to crush them for the rest of their lives, in most cases.

If employers truly cared about social responsibility, if diversity was more than a compliance issue or inclusion was more than just a branding buzzword, and we really wanted the drive, dedication and passion so many job descriptions and career sites say they’re looking for in an ideal hire, then a felony conviction would be a non0issue for recruiting, if not an asset.

But by refusing to hire those candidates with criminal records, we prove again and again that employers are guilty of the same sort of discrimination and bias that EOE/AA regulations were established to eliminate. 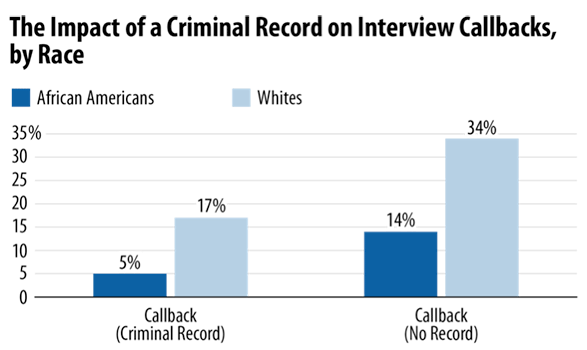 For whatever reason, though, while its anathema (and illegal) to categorically deny employment to anyone who is a visible minority, served in the military (where society somehow owes a debt to them, as the killing is condoned) or had a disability, it is perfectly legal – and established practice – to refuse to hire anyone with a felony conviction, under any circumstance.

This policy does more harm to more people than any non-violent offense that any felon could commit. But while it’s a crime, really, it violates no laws.

Unlike, say, someone who has served a prison term for the possession of marijuana, which in many jurisdictions remains a felony offense (talk about Reefer Madness).

It doesn’t have to be this way. It’s not only socially unjust, but it’s also bad business – and when it comes to recruiting and hiring, that’s really the bottom line.