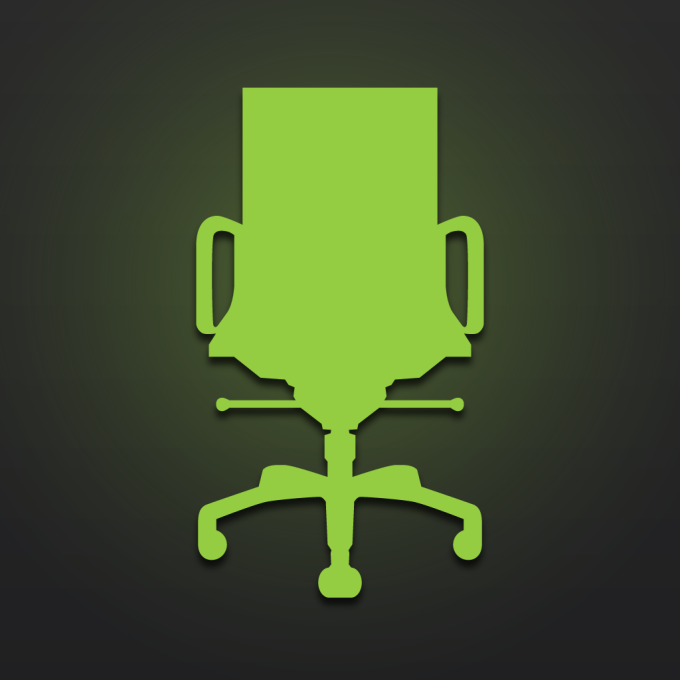 Most recruiting tools and technologies on the market are designed with enterprise employers in mind, focusing an inordinate amount of their bandwidth and budget on landing big deals with big brands.

The increasingly lucrative market for HR technology has created cutthroat competition among established and emerging providers alike to land the largest organizations out there, with product roadmaps reflecting this almost singular focus on selling to and supporting enterprise employers.

This is largely a legacy issue caused by legacy systems, reflecting the high price point for entry, need for complex on-site implementations and custom configurations traditionally associated with ATS and HCM technologies.

Even as systems slowly shift from on-premise to SaaS solutions, driving down price and democratizing access to recruiting technology, most vendors marketing and product development efforts remain dedicated to rounding up the usual Fortune 500 suspects, effectively freezing out the smaller employers who, collectively, are responsible for a significant majority of hires made every year.

Why Small Business Hiring Is A Big Deal

The mom and pop shops, SMBs and startups, those smaller employers that individually fill only a few roles a year, are in aggregate the recruiting rule, instead of the enterprise exceptions. Few organizations have dozens of highly specialized reqs requiring dedicated recruiters, direct sourcing efforts and sophisticated talent attraction strategies, no matter how misleading content marketing and slanted industry coverage might superficially seem.

In fact, so far in 2015, companies with under 500 employees accounted for a whopping 81% of all new private sector positions, according to ADP, compared to only 38% in 2010. Economists expect this post-recessionary SMB hiring boom to continue for the foreseeable future.

Optimism among startup and small business owners is at a five year high, and Bloomberg reports that approximately 76% of companies with less than 500 employees expect to add headcount this year, compared to only around 60% of companies with workforces of 500 or more (see chart):

With relatively few recruiting technology vendors selling into the SMB or startup space, and even fewer offering true plug-and-play SaaS solutions or cost-effective talent attraction tools to level the playing field for small businesses competing with the same top candidates as enterprise employers.

This technology gap creates a significant handicap for small businesses, already at a disadvantage in terms of brand and budget compared to their bigger company counterparts, not to mention the relatively limited in-house recruiting expertise, strategic sophistication and employer brand awareness that give an obvious upper hand to enterprise employers.

ZipRecruiter, on the other hand, is one talent technology company that has successfully penetrated the small business and start-up segments. ZipRecruiter offers on-demand access to completely cloud based and mobile optimized recruitment marketing, applicant tracking and candidate sourcing capabilities designed with smaller employers in mind.

As Seen on TV: Behind the Scenes at ZipRecruiter

In order to effectively capture the SMB segment and grow market share and spend from smaller employers, ZipRecruiter has taken a very different approach from most vendors, eschewing trade shows, industry conferences and recruiter-focused content to go directly after the end user, most notably through their ubiquitous and aggressive TV ads and consumer print and digital campaigns that have helped the company grow into one of the 10 largest career sites in the world as of March 2015 – although the job distribution product touted in most of these marketing campaigns is, in fact, only one small fraction of ZipRecruiter’s full suite of offerings (and revenue streams).

Founded in 2010, ZipRecruiter’s market share has mirrored the larger market trend of an explosion in SMB and startup hiring. The closely held company, based in Santa Monica, took on its first ever external funding in August, raising a whopping $63 million through a massive Series A round which added much needed capital to expand and grow.

This added to the firepower of an already profitable business and formidable product offering from a company that’s putting up revenues in the “high tens of millions” annually and growing profit by 50% year over year while adding an estimated 30,000 users every month, according to TechCrunch.

In an attempt to expand its reach and revenue potential beyond the narrow scope of sourcing, ZipRecruiter today announced ZipHire, a new onboarding offering that automates offer letters, employee agreements and other new hire paperwork without any of the actual paper.

According to the company’s press release, “ZipHire represents an exciting new direction in ZipRecruiter product development, and is the first of many planned products that will make the hiring process even easier, faster and more efficient.”

To better understand how the company is positioning itself on the market today, where it’s going tomorrow and what today’s announcement could potentially for a traditional talent technology industry seemingly ready for disruption, Recruiting Daily recently sat down with Ian Siegel, ZipRecruiter co-founder and CEO.

“We’ve traditionally really focused on sourcing, specifically, by offering things like job distribution, an ATS and a resume database that have really made us the best technology in the industry when it comes to aggregating jobs and candidates,” said Siegel, ZipRecruiter co-founder and CEO. “But now, we’re ready to move past sourcing and really expand what ZipRecruiter is able to offer.”

Siegel explained that prior to releasing ZipHire, the company asked its current clients and customers what they most wanted out of the product to ensure their product roadmap aligned with customer needs.

“Our customers overwhelmingly ranked onboarding #1 when we asked them what they wanted the most from our product. They wanted an onboarding solution, and they wanted it to be seamless and paperless,” Siegel reports.

“With ZipHire, we allow them to receive offer customized and fully branded offer letters on mobile devices, fill out and sign forms like I9 and W4, sign those by just using their finger like a pen right on their mobile devices, send it back immediately through that same mobile device and that’s it. They’re already onboarded.”

The Customer Is Always Right. Just Ask Them.

Siegel reports that while ZipHire underscores the company’s continued commitment to increasing recruiter efficiency, it wasn’t necessarily an anticipated first step outside their core sourcing competencies.

“We were a little surprised, frankly, that onboarding came back tops when we asked our customers, since we figured that it’d probably be more in line with the stuff we were already doing, like candidate pipeline improvement, profile optimization, employer branding or something related to sourcing,” Siegel said.

“But these were low ranked in comparison to onboarding. So we developed an onboarding solution.”

Siegel says an overwhelmingly positive response from ZipHire’s beta customers, revealing that the reaction has been so positive that from now on, their entire road map and product strategy would follow a simple model: “just asking our customers what they want and doing what they tell us.”

When asked why it took almost five years and over sixty million in funding to figure out this seemingly fundamental lesson, Siegel responds that ZipRecruiter first had to build the critical mass required to “build the pipeline required to deliver on our promise of job distribution, since what we’ve really been selling is candidates, and our product was simply to provide those candidates to our customers.”

While many HR Technology companies talk about “consumerization,” ZipRecruiter is built more like an e-commerce site than even the sexiest recruiting software on the market, offering branded career sites, automated prescreening and assessment capabilities, analytics and mobile apply solutions to SMB customers.

This consumer grade solution truly evidences the precept that “everyone is a recruiter,” because it offers end users powerful recruiting technology without requiring recruiting experience or expertise.

The fact that major employers like Netflix, Marriott and Dell account for around one in five of ZipRecruiter’s business underscore the fact that ZipRecruiter compares favorably – and produce competitive recruiting results – with any enterprise talent technology.

“There’s a misconception in the market that we only service SMBs, but north of 20% of our customers are larger enterprises. We’ve got some of the most sophisticated job distribution solutions on the market, and we’re the best at figuring out the absolute best way to do every imaginable firm of candidate acquisition – or at least every one that most employers have ever attempted,” Siegel said.

“We’re perpetually optimizing our processes, and now that we’ve got sourcing down, this was a natural next step.”

ZipRecruiter Zips Beyond Recruiting: The Big Picture for Small Businesses

Now, ZipRecruiter has fired what seems to be an opening salvo in a battle to displace the traditional and established players in the talent management space, extending its capabilities past point of hire and developing solutions to eventually support the entire employee lifecycle.

“We’re moving right down the pipeline. It all starts with a candidate, of course, but once you’ve got that, you need somewhere to put them, so we’ve offered our customers an ATS, and once a company actually selects an applicant, they needed some way to easily onboard them next,” Siegel explains.

“Now, we’re looking at what happens next – we want to get them into payroll, eventually work them into insurance, benefits selection, and build on our secret to success, which is our ability to take discreet solutions and bring them together in one solution.”

Siegel told RecruitingDaily that he expects the evolution of ZipRecruiter to only accelerate over the coming months as the company repositions its offerings to serve small businesses and startups well past the point of hire.

“We’re going to become more of a platform to solve all your HR needs, something no SMB suite does right now,” Siegel says.

“We’re going to be competing with Intuit in so many ways. If they don’t see us as a competitor now, give us a few months. We will have the most comprehensive small business software solutions available anywhere on the market – period.”

That sounds like a lofty promise, but based on their track record so far, if there’s any company capable of delivering on that goal, ZipRecruiter seems uniquely suited to the task – and causing further disintermediation in market desperately in need of disruption.