Membership
Home / Articles / Job Aggregators: The House of Cards of the Rising Sun.

Job Aggregators: The House of Cards of the Rising Sun. 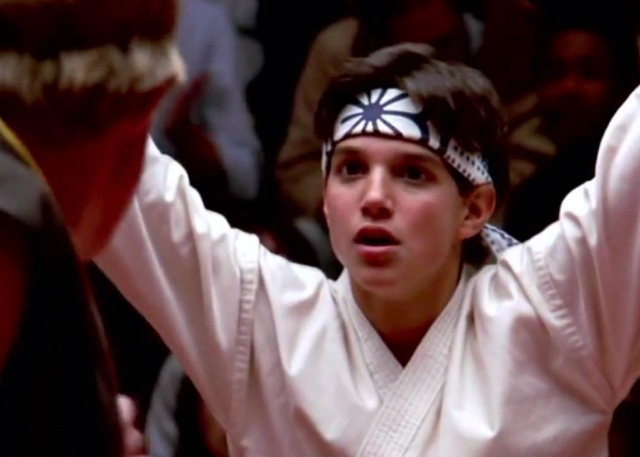 By now, I’m sure you saw the “big news” that Simply Hired was shutting down effective June 26.

If you’re like 99.99% of the American population, your initial reaction was, “what the hell is a Simply Hired?”

The fact of the matter is, the bigger surprise for me was that this week’s announcement was perceived as news at all, really.

That fact, my friends, is actually the headline.

That we as an industry care about Simply Hired simply folding up is simply proof that most recruiting and HR practitioners seem to have completely forgotten the underlying theory of both physics and economics: what goes up must come down.

We’ve been so busy spending our budgets on BS that we’ve forgotten what the point of those purchases was supposed to be in the first place: making f-ing hires. The rest is product marketing.

But what, exactly, is the product being marketed, exactly? Thing is, it’s got nothing to do with recruiting or hiring, if you step back and take even a perfunctory look at the bigger picture.

Simply Hired might have successfully raised $34 million in VC, but that’s why it’s called venture capital. It’s not a savings account – there’s an assumed rate of risk in the entire concept that will roll the dice and come up snake eyes with the understanding if they do so enough times, eventually, they’ll hit craps – the same philosophy “hedge funds” are predicated upon (hence, the whole hedge part). Also, part of it is from Guy Kawasaki, who, let’s face it, still has to shill as a keynote speaker at HR Tech user conferences for a reason.

But I digress – the rumor that it’s the result of an acquisition are likely true, although basically buying a company by paying their debts and handcuffing their good people (ala TalentBin) is less an acquisition and more a PR play for both sides. The lack of related news or noise on this side is pretty telling, as silence sometimes is.

Many pundits have been attributing the Simply Hired shutdown news to its inability to catch up with Indeed, but the fact is, this company’s ability to raise money was entirely predicated on Indeed’s success in the first place. The latter site established a market for recruiting related SEO/SEM, dominating both paid and organic search results to essentially disintermediate direct employer traffic through scraping and deduplication – a pretty smart little trick that ultimately paid off big time.

Their acquisition, by the Yakuza-like Recruit, Ltd. (I picture their board of directors meetings to look exactly like that scene in Kill Bill, by the way), created a valuation for job board aggregators. This, of course, is questionable, considering that market is predicated almost entirely on the whims and fancies of Google, although in Japan, Recruit controls a higher percentage of all HR related transactions than Google’s relative share of the search engine market (98% vs. approximately 80%) in the US.

That’s right, they have more or less vertically integrated the back office of one of the world’s largest economies, and if you’ve ever seen the Karate Kid II, you know that even Daniel Russo can’t win that fight through direct force. Which is the only strategy that matters when your growth is almost entirely predicated on buying AdWords and search traffic at a slightly higher PPA than the other guys.

Winning at aggregation comes down to search – that’s the whole point of the category, even within the individual sites – and success lies in a smart bidding strategy, price effective lead acquisition costs and conversion rates.

This is how Indeed’s premium product is priced, and how Simply Hired made whatever money it didn’t spend on conference sponsorships and swag – the idea that if you control where people find information, you can charge a premium for making sure they find yours, first. All’s fair in love, war and digital marketing, so Simply Hired lived and died by the same sword (and source of spend).

Simply Hired, the Pepsi to Indeed’s Coca-Cola (or Suntory Whiskey, as the case may be), released a series of premium products, enhanced features and functionalities (shit like “talent communities” and “branded microsites”) in an attempt to create additional revenue sources that wasn’t predicated on the idea that there’s money to be made in the margins by serving up job ads (er, “publishing solutions”) and keeping a fraction of whatever your clients spend on clicks.

It’s basically the same exact concept as the scheme in the movie Office Space, and the profits, ostensibly, add up about as quickly. They were just never going to add up fast enough to overtake Indeed, whose parent company has such deep pockets that they once paid off an entire Japanese Prime Minister and his administration, toppling an entire friggin’ government in the ensuing scandal.

Somehow, Simply Hired was never going to pose a significant threat to the Obama administration, or even the Ed Lee one, for that matter. They were always doomed to fail, and their failure was the calculated risk that’s inherent to any company funded by VC.

Their failure lies not in shutting down, but in doing so before their optimal exit strategy, which was to pull a Bright.com and be acquired before the cash to dominate job search results ran dry.

Bright used VC to buy their way into the #3 most visited job site in the US almost overnight, then positioned themselves as a data science/machine learning play (which, turns out, was more or less vaporware) in order to get acquired by LinkedIn.

Having A Yen for Recruiting.

Any company out there may say they have some aspirational goal like “connecting top talent with top opportunities” or “helping you find a job you’ll love” or some fluffy crap like that, but that’s bullshit. Their goal is to be acquired as quickly as possible by some bigger fish in exchange for mostly stock.

Simply Hired wasn’t built to last, it was built to move, and when that failed, they moved the only place that they could in the absence of recurring revenue growth: insolvency. Indeed has to be worried, because they’re next – even if they have way more than $36 million dollars to burn through on their way.

I know that sounds sensational, and while (full disclosure) I wasn’t at Indeed Interactive last week (other full disclosure: Recruiting Daily was offered press credentials but could not attend due to prior commitments), the news was more or less exactly what Simply Hired was trying to do – offer a bunch of service offerings, product functionalities and channel partnerships to try to diversify away from the realities of being an aggregator, in the hopes that the money made up front can be invested in building a viable, scalable stand alone business (which seems far from the case for Indeed, although not entirely impossible).

Hey, we got resumes. We got ATS integrations. We’ve got some PhDs in economics talking through labor market data. If you build it, they will come, and until then, you’ve got to buy them. Indeed has the code cracked. Problem is, this is a big market, and Glassdoor is moving towards an IPO, and subsequently, recurring revenue expectations.

Given Google Capital’s significant equity position in Glassdoor, it seems only reasonable that the easiest way to achieve this is by disintermediating Indeed and owning the job search market directly – and since they control the platform, even Recruit won’t be able to spend their way to success against the company they spend hundreds of millions with every year.

For Google, for now, it’s a win-win; Glassdoor can still tank (it obviously won’t), but until it finally goes public and gives the Sausalito crew a well deserved payday, but one of the best ways to get that valuation where equity investors would like it to be is to simply sit back and rake in the recurring Recruit revenues. They’re one of their best customers, after all, so no sense in switching things up until it’s necessary to do so – and that’s likely going to be just before they go public so that they can exert some control over that decision prior to walking away with the market’s money.

They’re a simple algorithm change away from turning off the spigot, and when they do, that’s going to be all she wrote for Indeed. This seems like an inevitability, but the question is, will Indeed innovate fast enough to make Google search results more or less irrelevant?

It’s an uphill battle, but they’re betting a whole lot of money on that seemingly unlikely scenario – and hiring the right people to at least put on a happy face to the market while they’re figuring it out.

Either way, Indeed already won; they were acquired already. And if they fail, well, they’re just one small facet of a much larger multi-national conglomerate that’s got a huge play in RPO/BPO/MSP, with a retraction or recession likely more or less offsetting their job search related losses, like putting Indeed up for auction.

Hell, this Japanese powerhouse already navigated an economic recession so severe it’s referred to as “The Lost Generation,” and cutting their losses is just as assumed in the conglomeration model as it is the Venture Capital one.

It’s why Gulf + Western owned Paramount when oil prices were sky high, forcing Americans to stay close to home and go to the movies, where they offset their drilling losses and huge stake in Pan Am airlines by cashing in on record box office numbers until the price of crude rebounded, and divested Paramount’s assets to a subsidiary of the Ford Motor Company (true story). There will likely be a similar case study in the Harvard Business School’s Lehman Brothers Library (another irony of ignominy) for Indeed.

But it’ll only be news in our industry.