Membership
Home / Articles / Candidates Don’t Give A Crap About Klout.

Candidates Don’t Give A Crap About Klout. 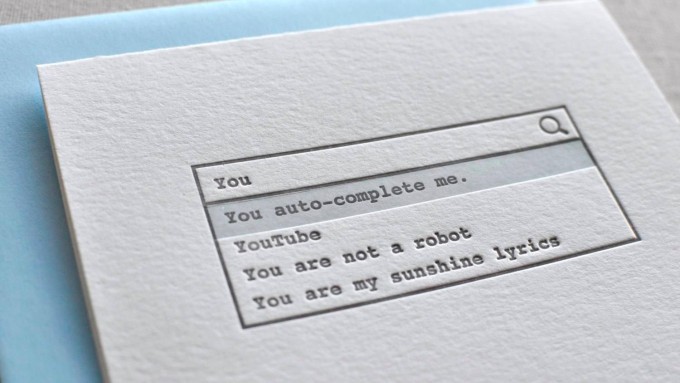 If you think that Klout, Kred or any of the other measurements of “influence” are going to be the determining factor in your 2015 recruiting success, you’re full of crap. Or at least, fooling yourself. Now, don’t get me wrong. Your online presence is important, sure.

But when it comes down to getting an offer accepted, if you think that the number of Twitter followers you have or some social media influence measurement is going to help you close a candidate over the competition, you’re going to get killed.

That recruiting competition should be more intense than ever this year – and the battle for top talent is just warming up. In fact, most forecasts show that 2015 will be the hottest year in recruiting since the halcyon dot-com days. That’s right: recruiting has emerged from the recessionary ashes and proved that rumors of its death have been greatly exaggerated  – and now, we’re going to party like it’s 1999. At least when it comes to opening reqs.

Unemployment is at its lowest level since 2008. Frozen headcounts and resources are thawing. Balance sheets are back in black; so too, are employers’ collective swagger and hiring mojo that’s largely been absent from recruitment during the downturn and protracted economic recovery.

What does this mean for you? Well, if you’re a good recruiter, hold onto your seats, keep on doing what you’re doing, and enjoy the ride. I’ve been in this business long enough to know that the recruiting function swings on some sort of professional pendulum, and know how to recognize when things are hot, and when, well, they’re not. And what I’m seeing is something I haven’t seen in a long time: a collective confidence from candidates and companies that continues to grow on a seemingly daily basis. Employers, after years of cutting recruiters and resources, are finally starting to open their pocketbook and make the investment required to grab the top talent they need to succeed.

Now, with that said, it’s important to remind recruiters out there that even though things are looking up, and business is better than ever, it’s important not to get too excited or optimistic just yet. See, if you’re one of those lazy recruiters whose “strategy” consists of posting and praying crappy job descriptions or InMail inundation, than you’re not only going to find yourself frustrated this year in the war for talent, you’re likely to find yourself out of business.

Sure, you can build engagement and develop a meaningful dialogue online, as thousands of recruiters and employers do with millions of candidates each and every day.

In this era of automation, personalization represents one of the greatest competitive differentiators out there for any recruiter trying to win friends & influence people. This takes some courage and likely, a shift in mindset for many recruiters; after all, you can’t simultaneously have a gatekeeper mentality while trying to open doors for clients and candidates.

Instead, you’ve got to dedicate yourself to every interaction, on call 24 hours a day (if required) and do whatever it takes to make the many people who are stakeholders in your success sincerely feel like they’re the only person in the world who really matters. That’s what relationships require, at least at first, which is why if you want candidates and clients to be there for you, than you’ve got to make a commitment to doing the same.

This means always being in touch, even if you’ve got to upgrade the monthly minutes on your cell plan and pay a premium for unlimited texts. Because in an age of constant connectivity, you’ve got to be constantly connected, because if you’re not, the competition probably is. Sure, this having to always be on kind of sucks, but you’ve got to recognize the fact that you’re going to have to work harder than you’ve worked in many years. The reason? The market is hot, and other recruiters know it – and they’re hungry.

The Tables Have Turned: The New Recruiting Reality

After years of getting away with a general hiring hubris, today’s job market means that it’s now candidates, not companies, who ultimately have control over the hiring process.

They know that you need them worse than they need you, which is why it’s imperative to recognize that the days of employers and recruiters being able to control the process are long gone.

Overworked, under rewarded workers can finally look for other jobs without fear, causing a major shift in the dynamics inherent in recruiting which serve as a reminder that karma is, indeed, a bitch.

Candidates are finally realizing that they have choices, and most of them are choosing the door these days, considering the fact that they’re not only in demand, but have the upper hand in finding the cure for the epidemic of disengagement and dissatisfaction plaguing so many of them. The competition between companies means that for many candidates, they not only have options to consider, but also, demands that must be met.

Successfully meeting those demands and attracting top talent takes more than mediocrity; just being good is no longer good enough for recruiters. Excellence is everything, and becoming a truly exceptional recruiter means consistently delivering on a few unexceptional, but critical, core competencies.

Relationships start with trust, which means that without building more trust with your candidates than the other guys, you’re never going successfully close an offer over the competition. This means that candidates must relate to you, not just professionally, but personally, too.

You’re the face of your company, after all, and the first person many candidates initially encounter or interact with at a potential employer. Since we all want to work with people we like, building affinity and trust means being believable, and (far harder for most recruiters), likeable, too.

Whether or not recruiting is a sales function is up for debate, but one thing we can all agree on is that if you don’t sell a candidate on a company and its culture from that first minute you engage with them until well after onboarding (when any chance of buyer’s remorse has passed), they’re never going to buy from you in the first place.

You’ve got to be one hell of a salesperson, because the hardest thing to do in sales is sell without it seeming like you’re selling, which is why it’s increasingly important that recruiters sell themselves, first. Once that relationship is built and the trust is there, the company and opportunity will likely sell themselves. After all, it means they get to work with you.

Being aggressive isn’t always a bad thing, particularly since your competition in the war for talent is gunning for the same candidates you are. That’s why to win this battle, you’ve got to be proactive and stay a step ahead in finding candidates instead of sitting back and waiting for them to come to you. After all,with so much competition for so few candidates, the clock is already ticking, which is why none of us should ever relent from being relentless.

Of course, a recruiter, or relationships, only go so far, so if you already know the enemy, you should also be prepared to be willing to pay more in total rewards, and provide more in indirect benefits like training or development, than the other guys – and make sure the candidate knows how you stack up.

Even if you don’t have the best package out there, you’ve got to at least have an awesome story ready about what you’re doing to make up the difference – that differentiator that consultants call an “employer value proposition.”

If you don’t have one, figure it out fast, or be prepared to lose the war for talent.

Sure, we talk a lot about candidate experience, but it’s more essential these days than ever before. From the moment you first connect with a candidate until after they onboard, it’s a recruiter’s responsibility to ensure that their experience with an employer exceeds their expectations, regardless of outcome.

The only way to make sure you beat the competition for candidate experience is to ensure you set the highest bar possible – near instantaneous responses, providing feedback or coaching, and providing a personalized experience flexible enough to accommodate the needs of any applicant are all critically important core competencies.

Because while you may be gaining meaningless stuff like a couple points on your Klout score or a few fans or followers, you’re losing out on a real opportunity.

Recruiting is hot, and as I’ve learned in the 20 years or so I’ve been in this business, when it’s game time, you’ve got to be ready to ball. It’s time to make things happen, or consider pursuing a new profession. If you don’t have what it takes to cut it as a recruiter, don’t worry – the good news is, in this job market, you’ve finally got options.