Quit ​Focusing on Resumes​! ​You’re ​Better Off Hiring​ ​for​ ​Skills 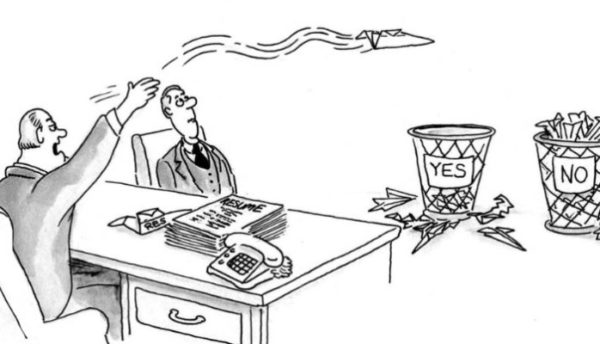 As harsh as it may sound, resumes are nothing more than words on paper.

They all look more or less the same. Some candidates try to stand out by using a more colorful CV template or by adding their photo, but when examining the language used on resumes, they all tend to include the same keywords — “collaborative,” “detail oriented,” “strong leadership skills,” “teamwork” — whatever is needed to grab the recruiter’s attention and fill in the boxes required for the open position.

Resumes are meant to give employers a brief overview of an applicant’s previous experience, as well as background information like a college degree, age, origin, and location. However, they frequently contain only half-truths or even outright untruths.

Since a resume is the only real way for applicants to leave a good impression of themselves and get their golden ticket to the next interview round, candidates try to paint as positive an image of themselves as possible. This means they tend to leave out the negatives in their past work experience, like the actual reason for leaving their previous company, KPIs about their past performance, mistakes they’ve made, etc.

And the result? When starting the recruitment process by collecting applicants’ resumes and cover letters, recruiters end up with a bunch of incomparable papers full of powerful keywords, hard-to-confirm facts, and unneeded background information.

But how can resumes actually help the employer to decide who to hire if all CVs look the same and tell nothing about a candidate’s actual job skills? More importantly, how much do the cultural and biological factors seen on resumes — like ethnicity, gender, age and name — actually play a role when deciding who to invite to the next round?

The​ ​truth​ ​about​ ​unconscious​ ​bias​ when reviewing resumes

Whether we want it or not, we all engage in  unconscious bias during the resume review phase. That’s because:

To eliminate human bias, we’ve started to use tools that scan resumes and look for the “right” keywords. It’s helpful as it doesn’t let our personal pre-judgments creep in, but at the end of the day, this approach still doesn’t give us the best candidates — it only gives us a short list of candidates who managed to include as many correct keywords as possible in their resume. 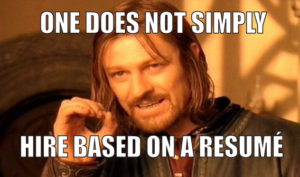 So, what’s the best way to make hiring less biased?

The answer: Use “blind hiring” techniques like removing the name, age, gender, information about previous work experience and college degrees from the hiring process.

Currently, the majority of companies run skills tests in the latter part of the recruitment process. But that just means the skills tests will help them choose between the last few candidates, because their main decision on who to invite to the interview phase is still based on biased resumes.

There are many benefits of replacing the resume collection phase with a short skills test, the main​ ​reason​ ​being​ ​the​ ​reduction​ ​of​ ​cognitive​ ​bias.​ We all want to hire people who have the skills for the job, not just people who are good resume writers.

Starting the recruiting with a short pre-employment test helps to give all candidates an equal opportunity to show their job skills without anyone needing to worry that their background, age, name or any other factor might affect their application.

Skills testing also gives the recruiter a better understanding of applicant’s strengths and weaknesses — something that is impossible to see on a resume. Doing this makes both the employer and the employee more prepared for future cooperation. Employers can better plan tasks among the team, and the employees can see what they need to do to improve to become the best at what they do. 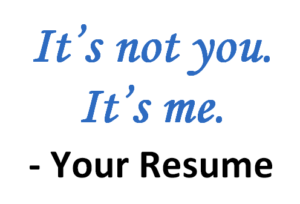 Skill​s ​testing​ ​is​ ​also​ ​honest.​ Having a well-known company name on a resume helps the candidate stick out and look “special,” but it doesn’t tell the employer anything about how the person actually performed in that company. For example, a person who has previously worked in a small foreign startup might be a lot smarter, brighter and more skillful than a person who has worked for Google or Facebook.

Instead of trying to compare applicants based on their college degrees or work experience, skills testing compares results of actual tests that employers have built themselves.

Basing hiring decisions on an applicant’s actual job-related skills and knowledge removes the bias from the recruitment process. And, it gives ALL candidates an equal opportunity to apply for a job.

Most importantly, it helps employers hire strong, skillful candidates with confidence. They will immediately be able to see the strengths — and weaknesses — of the candidate, and both parties will have a better understanding of what areas to focus on as they hire moving ahead.

Melissa Sepp is a growth manager at Hundred5, a hiring tool that makes recruiting faster and more diverse by screening applicants' job skills in the beginning of the recruitment process. Melissa believes in hiring based on skills not resumes, and together with Hundred5 is on a mission to make recruiting more modern and equal. Follow her on Twitter @melissasepp or connect with her on LinkedIn.