Membership
Home / Articles / Get the Hell On: Profanity, Insanity and Human Resources.

Get the Hell On: Profanity, Insanity and Human Resources. 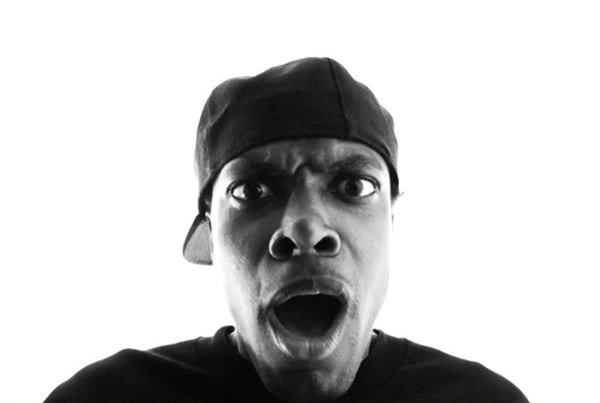 One of my favorite things in the world to do is read speaker evaluation forms, largely because I love the hate – let’s face it, if there’s one thing I think we can all agree on, it’s my ability to be polarizing. Boom.

But at event after event, my presentations – whether keynote, panel, breakout or concurrent – almost always tend to average a solid 5 out of 10, a score of “average” that’s really anything but, really.

These averages scores are not, turns out, because of general mediocrity, of course; this is the average of a bifurcated audience, who almost unilaterally split their reviews right down the middle; half give me 9s and 10s with rave reviews and flattering comments, while the other half apparently relishes giving me a 1 (or 0, when possible) and, of course, filling out the anonymous form with more vitriol than I could ever muster about any topic tangentially related to talent acquisition or management.

The Bitches of Eastwick all pretty much sound alike, but I’ll cite a recent example from an event where the attendees were almost exclusively corporate recruiters from enterprise employers. In this particular presentation I scored a 2.68 out of 5 – again, consistently splitting the middle. At one point I actually got a little applause from half the room, while the other half mean straight up mean mugged my ass. Standard, really.

Of course, mean mugging is HR being polite, by their standards. That’s kind of a core competency of the job, if you think about it. Pro tip: if an HR Lady is smiling, look the hell out. If they’re glaring at you with beady eyes through bifocals, it’s business as usual, you ingrate. They’re hard to read, as a rule, except when they want to give you the finger without actually deigning to do something so crass and common (they save this for snack foods).

Instead, the ultimate manifestation of the kind of passive-aggressive animosity the traditional HR set is famous for happens when they zip up those stupid legal pad holders they jot notes on after being told the slides will be published online, as if to say, you’re not good enough to waste the ink from my branded pen.

Good thing these people generally have never seen my back channel social snark, or the shade would really be slung. But if they ever paid attention to Twitter, they’d know what was coming, but sometimes I feel a little bit like I’m living in Pygmalion as written by Shonda Rimes or seeing what Ms. Trunchbull would look like if written by Hunter S. Thompson instead of Roald Dahl. Only, I don’t seem to be the one who’s tripping out when it comes to profanity and professionalism.

Nope. There’s a line, and it’s relative, and I never know if I’ve crossed it until that moment where a couple of otherwise Emily Post abiding HR ladies actually throw social convention to the wind and conspicuously walk out of the room, RBFing it all the way. You can practically hear the harumph.

They remind me of of the stock character of the puritanical, tyrannical Victorian nanny that appeared in every classic Disney movie or the board of directors of any local SHRM chapter I’ve ever had to apologize to for doing something as simple as swearing. These ladies will suffer through hours of complex compliance updates and read books on payroll best practices, so this crowd has a pretty high threshold for pain.

That is, until someone drops an F bomb, and it’s someone took a shit on their SPHR certificates. When they do the walk out of any presentation, and a few always do, it’s kind of like my standing O, really. Don’t get trapped in the Tar Pit on your way out, you old biddies.

Of course, they never do. They just leave feedback on the eval forms in precise, stern looking lettering, leaving gems like the one from my most recent, relatively profanity free (relative being the key word) presentation:

“The final speaker was not impressive. I feel there was a lot of insensitivity regarding the topic of diversity as well as many inappropriate expletives used during the follow up commentary. The speaker seemed defensive to follow up questions. I don’t mean to sound like a “negative Nelly,” but I found the entire presentation completely inappropriate and unprofessional.”

I kind of like the guy who said I was a breath of fresh air in an otherwise pretty boring day or the woman who admired my saying ‘what’s on everyone’s mind’ quite a bit better, but you know, we’re in this weird period of time where our entire industry seems similarly split, a divide, selfishly, that shows a profession in f-ing flux, my friends.

It’s divided into two camps, and the divide isn’t, as you’d suspect, between sentient, somewhat interesting people and HR Business Partners. It isn’t between specialties, level experience, industry focus or really any of those more traditional dividing lines that functionally fragment out function.

But the prevailing attitudes towards profanity and professionalism seem, for whatever reason, to be the biggest line I’ve seen in the sand between the progressives in the people business and the more patrician prudes who have set the puritanical precedent for the profession.

While it’d be convenient to attribute this to generational attitudes, this, too, isn’t the root cause of this status quo schism – I know based off literally thousands of speaker forms that there are a ton of Gen Yers who I offend the shit out of, but there are just as many boomers who think I’m “refreshing.”

Side note: I don’t know why old people seem to use this superlative unilaterally more than any other on my feedback forms, but I’ll take it – of course, when you can’t make it through the night without waking to take a piss, your definition of refreshing and mine are probably a little big misaligned.

The difference is simple: there are people who are OK with a few curse words, mostly for effect, and those who still give a fuck when someone drops that bomb, even casually or with conviction. And all I have to say to the latter group is, fuck you all.

Because while you may find profanity to be “unprofessional,” “uncouth” or “you’re fired,” all feedback I’ve gotten on my choice of choice words, this is how I speak – and whether or not you’d like to admit it, this is how you speak, too.

Seriously. I’ve heard you – your average HR generalist or like, wellness or payroll specialist has an everyday vocabulary that approximates a 17th century pirate or a CBGB headliner – at least behind closed doors. It’s only in public, after finishing cursing their system of record, their employee population, whichever colleague or counterpart happened to piss them off that day or just their abhorrent lot in life to be fighting for a “seat at the table” (use your elbows, bitches), that they put on that Maggie Smith face and adopt social mores last seen in the Edwardian era (approximately the same time most of them finished high school, coincidentally).

The thing is, we’re in the business of people, and people use profanity. It humanizes us. It adds emphasis. Some of the bluest of expressions have the most utility, and the most impact, on the listener, the conversation and the dialogue – particularly when the point of that interchange is to facilitate new ideas and to challenge conventional wisdom.

It saddens me that so many people seem to be missing out on so much just because of a few goddamn curse words thrown in for effect, dismissing any associated content or context (and any value that it might actually have for them, were they to grow a pair and join this century).

See, most of my presentations these days revolve around writing or recruitment marketing, specifically those amorphous tenants of voice, tone and style – and how not to sound like a corporate automaton if you actually want candidates to treat you like a person instead of just another recruiter automating away the asinine.

If you can’t handle a few swear words, good news – if you’re in HR, you’re in the exact right job. The bad news is, your feigned indignity isn’t doing you any favors, either.

Just drop the facade and say “fuck it” (or your profanity of choice) for a change. You just might find that not only does it feel pretty good, but it does a better job getting your point across than some worthless acronyms, buzzwords or, God forbid, a written performance review. That bullshit is way worse than the word “bullshit” itself. Trust me on this one.

Obviously, if you have religious convictions preempting you from using profanity, than you’re not included in this, although I’m pretty sure that there’s no scriptural prohibition to words like “douche canoe,” “basic bitch” or “assclown.”

And if there is, please, let me know so I can start citing my fucking sources.

Because it’s Good Friday, you ain’t got no job, and you ain’t got shit to do (if you’re reading this, let’s go ahead and assume that’s true).