Procrastination Nation: The Most Creative Ways To Kill Time At Work. 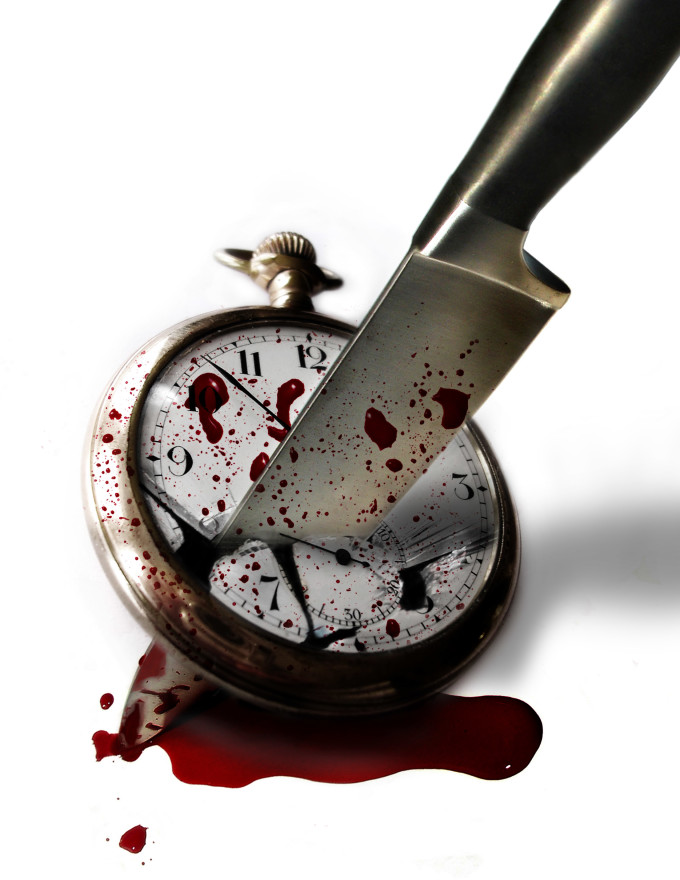 Back when I was about 10 years old (or so), I used to tell my brother he was a superhero. Now, I’d like the record to show that this was in no way intended to be a compliment, but rather, a pun. Because his superhuman alter ego, the one he’d pretty much default to – when he got around to it, that is – was Procrastinator Man. Which, of course, I tried calling him in that weird 1930s newsreel announcer voice – “It’s a bird, it’s a plane, it’s…” I would then pause for effect and then finish way too late to be anything but annoying, just to get the point across.

A lot of people have these tales of their amazing family members who did stuff like graduate from Harvard after becoming a single mom at 15, or drove themselves to the ice rink at 5 AM every morning on their way to playing hockey in the Olympics.

Well, my brother probably could be one of those Chicken Soup for the Soul stories, but to say he was a procrastinator would be something of an understatement.

He was a talented kid, but the one talent that really stood out was his innate ability to avoid any type of work until it was actually over, and my having to bust my butt to make sure that ever happened, because I knew early on that if I expected any sort of help from that guy, I was kind of up shit creek.

Now, I’ve always been a pretty ambitious and driven person, an “overachiever” who never misses a deadline or passes up an opportunity. This has served me well; sadly, in the weird world of work I find myself in, actually being the one person who’s always on time has always proved to be a competitive advantage in an industry that’s inevitably, uh, fashionably late. I don’t know what it is, I’ve just always been that way.

Which is why, as you can imagine, I found my brother’s amazing ability to avoid doing any work whatsoever so incredibly frustrating. I would be there sweating my ass off hauling out garbage or up to my elbows in dish soap, and watch him “piddle” (as my oh so Southern mother would say) as he pretended to straighten out his video game collection or dust that one spot on the TV over and over as he watched whatever show happened to be on. Really, he’d resort to pretty desperate measures to avoid having anything to do with anything even remotely resembling that whole “work” thing.

Obviously, my brother was neither the first nor the last of my friends who could contend for the title of “World’s Worst Procrastinator,” particularly when I was in college and the only person who wouldn’t wait until the absolute last possible minute to get that paper or project done.

I was the one who could sleep before midterms and finals instead of having to pull an all nighter, because I was the one who chose to work instead of spending the semester smoking pot all day while polishing off cans of Natty Light until they dove out of that night’s dive bar du jour. The inevitable hangover the next day, of course, meant that doing anything but sleeping it off was out of the question, creating an insurmountable amount of work that would pile up until the last possible moment.

This personal preference for procrastination, unsurprisingly, has plagued me even as I’ve become experienced enough in the workforce to know better than to expect anyone else to get ahead of the work instead of apologizing for letting it pile up. The scary part is, and I know I’m aging myself a little bit here, is that I’m part of the generation that didn’t grow up as digital natives, and spent my formative years without unlimited text messaging or fast, reliable mobile internet access.

I know, I’m ancient, but you’d think that if anything my cohort would have been a little more reliable considering the fact that we didn’t have to deal with all the digital distractions that have made the procrastination problem infinitely worse, but I digress.

The Business of Avoiding Work.

My point is this: if you’ve ever worked in Corporate America, you know that you’ve got to get shit done on time, but most people don’t do a particularly good job with forward planning or the marathon approach to what often becomes an unnecessary sprint to crank out deliverables before the drop dead deadline date that they’ve known about for weeks or months ahead of time.

A new survey by CareerBuilder shows that as work cultures go, we truly are Procrastination Nation, and most of us put more work into avoiding work than the actual work itself probably entails, anyway. So if you think there’s nothing like the last minute, you’re far from alone – and that the most common productivity killers are so endemic that it’s easy to forget exactly how big a deal this trend is for the bigger business and bottom line picture.

As any HR lady will tell you, the rise of smartphones, endless access to memes, Buzzfeed quizzes and the frenetic pace of the half dozen social streams we’re constantly keeping up with has made it hard to keep up with work.

As CareerBuilder’s survey shows, the most common time killers among workers aren’t really that surprising – if you guessed texting, surfing the Internet or gossiping, good guess, and go you.

Now, since you’re reading this blog, you’re probably avoiding work by justifying this as “professional development” or “staying on top of industry trends,” which are fancy ways of saying reading this kind of stuff (God bless you all, by the way), and can appreciate the fact that pretty much everyone else in the office is, in fact, putting off work at this exact moment, too. Statistically speaking, that is.

Of course, while it’s so commonplace it’s become more or less a fact of working life, the fact is that distracted employees cost companies a ton of money and lost productivity – there’s even a creepy buzzword, “time theft,” which accurately reflects the actual costs to organizations everywhere. But there’s not a whole lot companies can do about it, since we need things like smartphones and internet access to do our jobs, which creates something of a corporate conundrum.

Since it’s called work for a reason, and it’s not nearly as much fun as Buzzfeed, frankly, so I don’t know of anyone who hasn’t fallen down some rat hole of disposable online content and burned precious hours perusing worthless crap. You know how you promise yourself you’re just going to read one more article, click one more link, and what starts as something to do right after lunch becomes looking up and realizing it’s time to go home. Oops.

The fact is that everyone is guilty of doing this at least a couple times, and most of us have figured out that it’s a bad habit – and also how to make up for the work we missed and get done what we’re supposed to do. Even if it means having to rush to beat a deadline and maybe spending some time away from those Reddit threads and Pinterest boards.

But there are some people whose propensity for procrastination leads to some pretty creative strategies for dodging deadlines and ducking deliverables. Seriously, this Careerbuilder survey shows that sometimes, the work done to miss work just isn’t worth the work, but your coworkers and colleagues are capable of doing some pretty weird shit for the sake of not doing shit.

The 6 Strangest Ways To Kill Time At Work.

Here are some of the strangest activities the CareerBuilder survey uncovered (along with a few of my personal favorites). And because you probably also have a tab opened to Buzzfeed, I threw on some .gifs to fuel your fix for content crack capable of cracking you up. These stories sure did:

1. An Employee Used The Bathroom Sink in the Office To Treat Himself To A Nice Sponge Bath.

2. During one particularly entertaining video conference call, one employee shared his screen to reveal that he had been browsing for a mail order bride from the Ukraine instead of that Powerpoint presentation.

3. One employee admitted that he only watches Netflix at the office when he drinks vodka, so he only binge watches during working hours a couple days a week. Max.

4. One employee wanted to avoid having to spend an afternoon off site at a company meeting, so he did the only natural thing to do and slashed the tires on the cars of his coworkers, so they had no way of making the meeting, either.

5. An employee was out a little late the night before, so was relieved that he had found such a comfy couch to pass out on before having to go back to his desk. Unfortunately for him, he was rudely awakened by his CEO entering his office. Surprise!

6. An employee decided to write some really, really disparaging posts about his company and its bullshit mandatory training on social media – right in the middle of his organization’s mandatory employee social media training.

7. An employee sent some very explicit and inappropriate pictures of his, uh, total rewards package to a coworker with whom he was having a fling – only accidentally pressed that pesky ‘reply all’ button.

So if you’re feeling guilty for playing Candy Crush, just know that you’ve got some catching up to do if you want to truly rise to the procrastination occasion. Which, of course, defeats the purpose entirely. All I can say is, keep on keeping it weird, Corporate America.

What’s the weirdest thing you’ve ever seen a coworker doing at the office that’s completely idiotic, NSFW or just flat out hilarious? Let us know by leaving a comment below – c’mon, it’s a great way to kill time.