One of the ultimate paradoxes of the hiring process 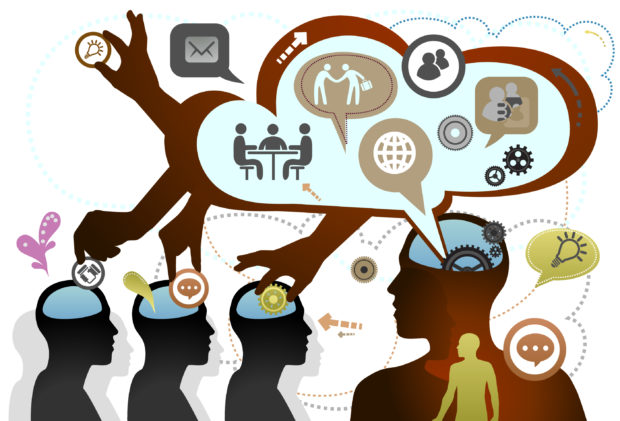 When I was finishing grad school in May 2014 and started going on a bunch of interviews with companies of about 250 employees all the way up to places like Microsoft, Nestle, and 3M, I started following a specific bouncing ball in my head that I’m still following. Come along for a second and see what you think:

1. The job search process typically begins with a job being posted; in an ideal world (for probably both the potential candidate and the organization with the job), it would actually begin before that, with an identification of need/potential need and a networking search via trusted advisors. (That’s potentially utopia.) There’s one major issue with the job posting going live: many times, the posting is simply an edited version of the most recent time that job was posted (i.e. before the previous person had it). If you talk to most people in HR candidly, they’ll admit they do this (i.e. don’t update job descriptions because the hiring manager wants to get them out to get the seat filled). When this happens, the off-shoot is this: you are posting a series of requirements/check boxes related to the job before the last person had it. As such, you’re ostensibly ignoring the pros — and cons! — of what the most recent person brought to it. That’s not ideal. In short on this little section, revise your job descriptions to be current and actually reflect what the person does in the role.

2. Most job postings are done in a check-box-type style; essentially, here’s a list of preferred characteristics and if you have them, good. If you don’t have some of them, you’ll probably be cast off at some point in the process. This is a very logical way to play this: after all, you believe that these 10-12 traits and background skills will define competency in the position, so you want to get as close to a candidate with all 12 as is humanly possible. Again, perfect and makes sense.

3. Now it starts to get a little dicey, though: we spend billions of dollars in America (and other countries) on the idea of education, which ties back to the central premise of learning, and we talk about it in broad, utopian brushstrokes often (“the future of our world…”). Many people enter the job search process saddled with debt because of education/learning and the need for it/societal value placed on it. Again, this is generally awesome. We all should be learning. We should be pursuing new opportunities to learn maybe more than we pursue anything else. After all, we’re only 2 percent removed from a chimp DNA-wise, so … right.

4. So now re-contextualize this: it’s quite possible that you’re applying to a job based on an outdated set of check-mark skills and responsibilities. Again, that’s fine. It’s a capitalism (depending on where you might be reading this), and one needs a job. But then there’s a high percentage chance — maybe close to 90 or above — that you’ll get cast out somewhere in the process because you lack 1 or 2 of these skills (maybe 3 or 4), even if you have a majority of them. OK. So this is getting weird now.

If you apply for a job and have a base of skills — more than half — couldn’t it be reasonably assumed that you could learn the other skills within the job? After all, most current hiring processes don’t involve tiering — i.e. looking a few years down the road — as that tends to be reserved for more innovation, Silicon Valley-type or HBS-management-type companies. So you’re probably applying for a job and the org doesn’t really know what your path forward from that job might look like. OK, OK … so let’s summarize all this.

5. The skill list might be outdated. The job posting is rooted in 10-12 competencies. You have 7 of these, as opposed to 12 (which again, might be an outdated 12). You get cast aside. But your whole life, you’ve been spending money to learn and talk about things like critical thinking and how to synthesize information and where to go when you don’t know what to do, and things like that. The education system is set up to (ostensibly/perhaps ideally) teach you how to learn, yet the hiring system is set up to say fuggedabout learning, we care only about what you already know.