Membership
Home / Articles / How Recruiting Technology Will Change Hiring In 2016 (And Beyond).

How Recruiting Technology Will Change Hiring In 2016 (And Beyond). 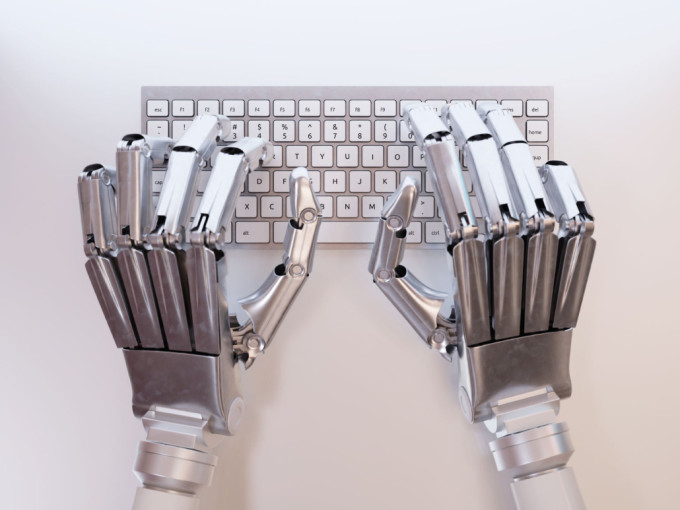 While the Federal Reserve recently decided to raise interest rates for the first time since the financial crisis, they cited job growth as a key driver for their decision.

As the New York Times explained in their analysis of the Fed’s decision, “among the Fed’s roles are maximizing employment and moderating inflation,” and with unemployment rates quickly receding to pre-recessionary levels, the move to raise rates indicates a widespread optimism that job growth will continue in 2016 – and beyond.

In November, the total non-farm payroll was estimated to have grown by another 318,000 jobs, the 63rd consecutive month the private added jobs, according to the Bureau of Labor Statistics; additionally, the BLS estimated unemployment to have decreased to just 5% overall in Q3 2015, an economic bellwether that’s decreased the 19 out of the last 21 quarters, a trend that’s also expected to continue into 2016.

As the economy continues to pick up steam, the biggest challenge facing employers of all sizes, and across all industries, continues to be their ability to find and hire the talent they need to survive – and thrive – in the constantly evolving world of work.

The Future Is Now: Top 4 Recruiting Technology Trends to Watch in 2016.

In a buyer’s market, where demand far outstrips supply, how effectively these organizations leverage software to set themselves ahead should make – or break – their recruiting success in 2016. While we’ve already seen SaaS and similar recruiting technologies more or less alter the talent landscape, looking ahead, all I can tell you is: you ain’t seen nothing yet.

Fasten your seatbelts – it’s going to be a bumpy ride for those recruiters who aren’t ready for what’s new and what’s next. Here’s how talent acquisition and recruiting pros can transform recruiting through technology in 2016 (and beyond).

Almost 70% of recruiting organizations report to currently utilizing some form of Applicant Tracking System (ATS), and there’s a good reason for the ubiquity of this technology throughout the talent acquisition landscape. That’s because their core functionality – namely, documenting applicant records and associated hiring activity is a critical task that’s not only a core HRIS capability, but also a necessity in many cases for compliance under laws like OFCCP or EEOC.

In many cases, ATS also serve as an effective way to keep tabs on a candidate’s recruitment history, their associated activity, and contact information or professional history for both active and passive candidates, serving as a system of record that’s often the only place to find recruiting related information at many employers.

While the information in these centralized databases can be invaluable, the problem with this data is that the information contained in an ATS becomes outdated extremely quickly – and therefore, its future value inherently limited.

For most applicant tracking systems, it’s just in time, all the time. And it’s time that changed.

When companies come across promising candidates with the kinds of experience, expertise and skills that might be a good fit for future positions or align with a respective employer’s recurring recruiting needs, ATS’s do an incredibly poor job, however, of enabling recruiters to actually manage, nurture and engage with any candidates in their databases who might be right, just not “right now.”

Due to this inherent weakness in ATS functionality, in 2016, I expect to see more companies look to fill this capability gap by adopting Candidate Relationship Management (CRM) systems explicitly for this purpose.

With the advent of CRM technologies in talent acquisition, we’ll also see the emergence of a new role in recruiting: the rise of the dedicated recruitment marketers, whose sole jobs will be to run targeted campaigns, nurture leads and develop passive candidates who already have an established recruiting relationship with an employer. High tech meets high touch should equal high performing organizations – something we’ll start to really see in 2016.

2. Engagement Is the New Sourcing.

Ask most recruiters today where they spend most of their time, and there’s a good chance it’s the massive time suck that is sourcing.

Yet, at the same time, while we’re spending more time than ever on sourcing, conversely, finding people has never been easier, from job boards to social networks to CRM tools and people aggregators becoming increasingly prevalent. The challenge, largely, is no longer finding talent – it’s engaging them.

Because if you can find a candidate, there’s a good chance your competitor can, too – which makes getting a candidate to even respond to your recruiting related messaging (or open jobs) has become increasingly difficult. And it’s a much larger problem in recruiting than ever before, a trend that looks to continue in 2016.

In terms of making the process for engaging candidates more efficient and effective, there are two talent technology keys every employer should consider:

1) using algorithms and other matching technologies to do more sourcing, and 2) involving hiring managers earlier in the process, effectively partnering with them throughout every stage of the talent attraction cycle – starting with identifying and sourcing top talent.

By decreasing or delegating the massive amount of sourcing responsibilities most recruiters find themselves tasked with, they’ll be free to spend more time engaging top talent – and building the kind of relationships needed to transform a passive seeker into an active candidate – and, ultimately, your next hire.

It’s no secret that for multinationals and mom and pop shops alike, all businesses are becoming increasingly global and interconnected in a new world of work that transcends geographical borders, boundaries and cultures (corporate or otherwise).

While the rise of global business has mostly impacted enterprise employers and large enterprises over the past decade or so, in 2016, even small ,emerging companies will have to handle the challenges of having multiple teams spread across multiple locations and functions. Couple this with a tightening labor market, and in the coming year, we should see many employers step up their talent acquisition efforts to focus on remote workers or locations.

This trend will lead to the broad based adoption of video interviewing technologies, with this category finally moving from the margins to the mainstream. Some companies may be able to do this by using low or no cost services such as Skype or Google Hangouts.

We’ve been talking about predictive analytics and big data for a while now, but after what’s become more or less unilateral agreement on the importance of these recruiting precepts, 2016 will be the year recruiting moves from theory to action when it comes to hiring metrics.

More refined hiring metrics mean getting a better look at where bottlenecks exist, which hiring managers or recruiters are the most effective, and what’s really working in recruiting – and what’s not.

These new analytical capabilities mean that increasingly, hiring departments will be able to better benchmark and baseline their hiring results and drill down deeper into the data that constitutes hiring success.

Until recently, recruiters have been evaluated almost exclusively on outcome metrics like time to fill or cost per hires; the problem is that focusing too much on the sheer number of butts they can pull through the hiring funnel and into seats ignore important controls regarding quality of hire, candidate engagement or respective recruiters’ overall impact on organizational recruiting or retention.

In the same way it’s become standard to measure sales and marketing teams against overall business performance and bottom line, in 2016, expect recruitment organizations and talent acquisition functions to start seeing a shift from transactional to strategic performance metrics – and increasingly, the entire hiring team will be judged by the broader context of the real value their real work really drives instead of a bunch of soft numbers and fluffy formulas that too often pass for data driven recruiting.

That’s going to change in 2016. Consider yourselves warned.

I’m excited to see for certain what 2016 brings – even educated guesses could be wrong, but these are my best bets on how the talent technology landscape looks set to change over the year to come. No matter what happens next, I promise you that this year will bring a ton of innovation and change to talent acquisition – and ultimately, both recruiters and the candidates & clients we serve are going to be better off for it.

One thing’s for sure: 2016 is an incredibly exciting time to be in this industry. Because when it comes to what’s new and what’s next in recruiting and technology, turns out, the future is now. 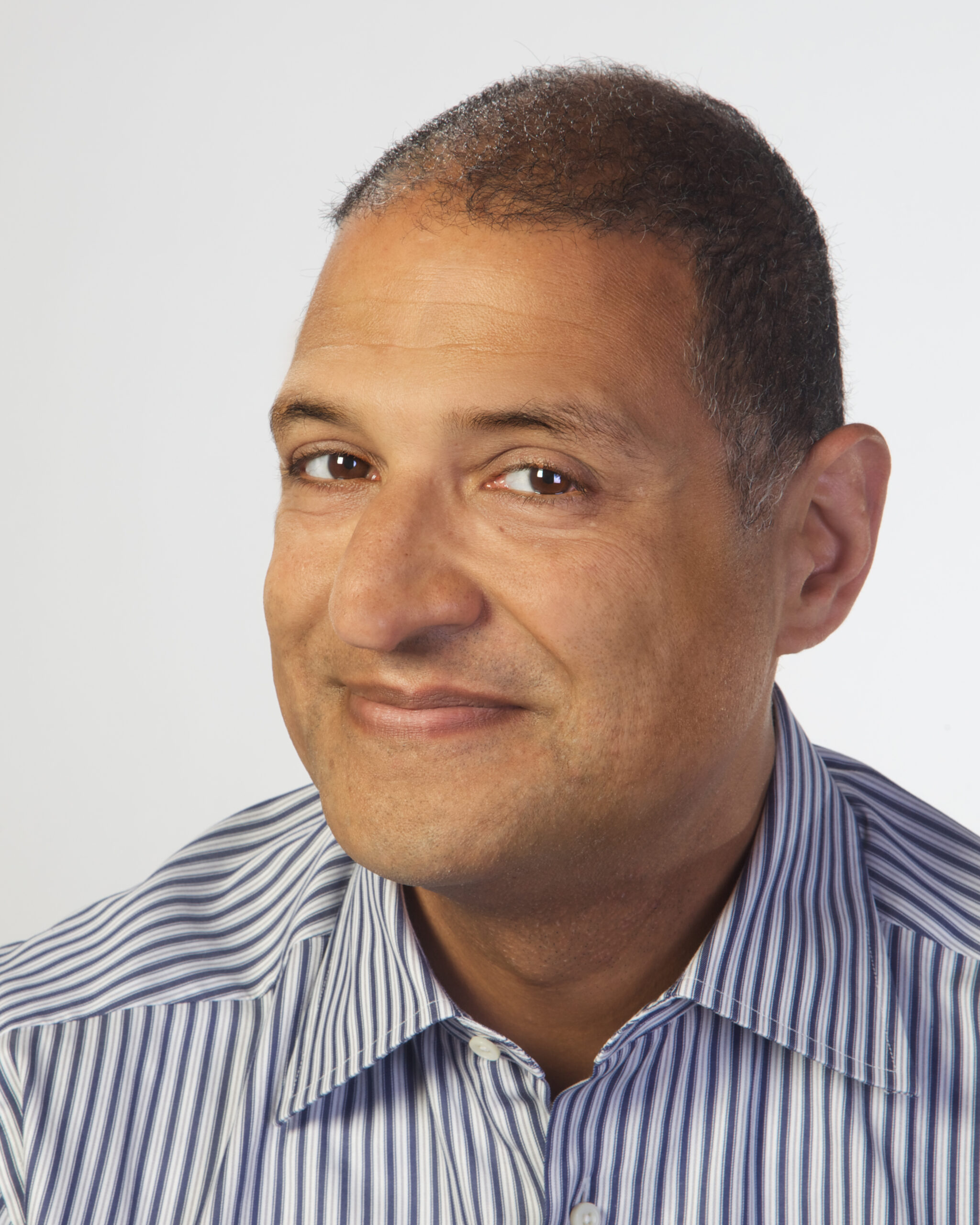 About the Author: Sheeroy Desai is the co-founder and CEO of Gild; with over 25 years of experience, Sheeroy is a technology industry veteran who has guided a number of innovative companies in transforming markets to deliver exponential growth. Gild is Sheeroy’s third startup, which he co-founded with Luca Bonmassar.

Sheeroy is responsible for driving the company’s strategy, vision and culture. Sheeroy was a founding member of Sapient (NASDAQ:SAPE), a global services company that helps clients transform operations, marketing and technology. Sheeroy served as Sapient’s Chief Operating Officer from 2001 through 2007.

Sheeroy started his career in 1987 at Cambridge Technology Partners (CTP), a pioneering systems integration firm focused on client-server technology. CTP went public and was eventually acquired by Novell. Sheeroy holds a B.S. in Electrical Engineering and Computer Science from MIT. When not working Sheeroy enjoys biking, skiing and cooking.