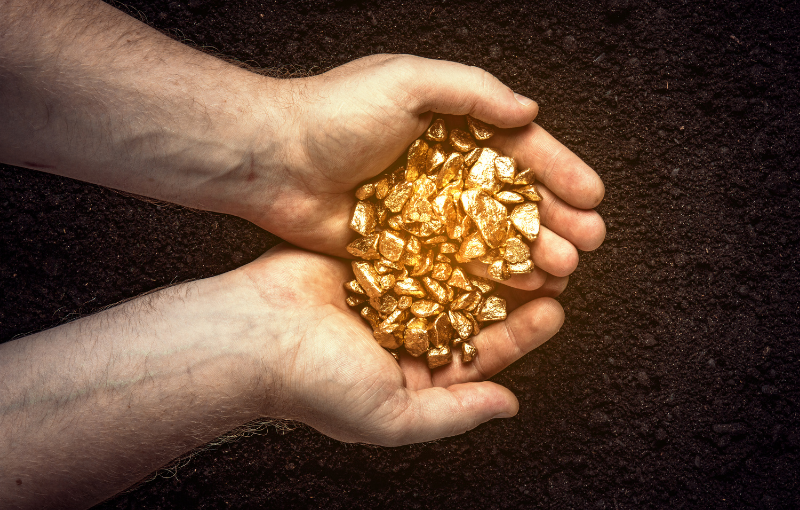 Dams have been built all over the world as a source of energy for local communities. Washington state, where I live, is home to 3rd deepest lake in the United States, thanks to a dam. Lake Chelan has a depth of 1,486 feet, or 453 meters, deeper than even the Great Lakes, including Lake Superior.

Why am I talking about dams and lakes? Because that’s the best analogy I’ve been able to come up with as a comparison for what most companies’ applicant tracking systems have become. A deep, dark reservoir, where finding the prized fish is nearly impossible.

It’s time to blow up that dam and get the river of candidates flowing again.

I’m not talking about turning your ATS into a CRM. Most aren’t built for messaging and that kind of engagement and follow up at scale. They’re pretty awful for nearly everything except being a database.

So, let’s stop trying to turn applicant tracking systems into what they’re not.

Instead, what I’m suggesting is taking advantage of the data and contact information they contain to revitalize your recruitment marketing funnel and obtain a return on the time and investment initially made to attract those applicants in the first place.

You’re sitting atop a gold mine of passive candidates, and you don’t even realize it.

Or maybe you do but the project needed to organize and revitalize it seems really difficult and time-consuming.

So, before you start thinking to yourself, “my team doesn’t have the time to mess with these old resumes,” I’d like you to at least hear me out on the recommendations I have and why I think this is such an essential and untapped resource.

I’m not naïve enough to think that there’s not a lot of garbage in your ATS. That’s a huge problem with most applicant tracking systems; they definitely meet the “garbage in, garbage out” criteria of a database.

Even the quality data – the candidates that made it through to the final interview stages or the ones who accepted a competing offer – has decayed over time.

A person can gain a heck of a lot of experience in just two years. So, if you have resumes that are two years old or older, that data isn’t going to be super helpful toward the open reqs you’re working on now or the ones you plan to open throughout the year.

This is precisely the reason to create a system for regularly engaging with past applicants, asking for an updated resume. I would even suggest asking the ones who may not have had the relevant experience at the time.

The reason for this is if they were seeking these kinds of roles back then, they might have found someone willing to give them a chance and have since acquired the necessary skills and experience to be considered.

You never know, so stop creating your own internal stories for other people’s situations.

Developing a well-thought-out system for outreach and engagement of these past candidates will allow you to create efficiencies, especially when introducing automation.

There’s no question this will be a challenging project, but it’s not impossible.

Because it’s difficult, just doing it at any level will put you in the top percentile of companies tapping into these resources. That’s a huge competitive advantage right out of the gate.

You also don’t have to reach out to everyone who has applied for every single role that you’ve posted.

Instead, you should be strategic about the skills and roles most critical to your company right now and over the next year.

If that happens to be software engineers, then that’s a great place to start.

The initial spin-up of a project like this will take considerable effort, and it may make sense to outsource some of the heavy lifting needed to get it off the ground.

Contracting a highly-skilled sourcing professional with excellent email communication skills would be ideal. Don’t skimp on this role. It’s worth paying for someone experienced and probably a little above market value because, remember, “garbage in is garbage out.”

You’re good at math and can see what I’m getting at here.

Once you’ve decided on the role or skillset, it’s time to put on your headlamp and start mining the data.

Again, it will pay to be strategic in your approach to this. Start with the best odds, which will be people who made it through to the interview phase.

Go through past roles that are at least two years old and older. Pull out all of the candidates who were interviewed but weren’t hired.

Don’t waste your time reviewing their resumes because they’re irrelevant due to data decay.

The next level will depend on your company’s size and the number of job postings you’ve had for these roles over the years. If you’re a large, Fortune 500 company, hiring people all over the world, the number of applicants could be unwieldy. Sticking to the candidates you pull out from the previous step will likely be more than enough.

If you’re a smaller company that only hires regionally or locally, you’ll likely want to pull in your entire candidate pool.

Regardless of your size, the candidate pool you’re able to extract from this exercise will likely be large, so you’ll probably want to work in batches.

What I mean by this is breaking your list into smaller, more manageable lists. Sure, you could use an email marketing platform or a free CRM like Hubspot to email all of them at once, but you’ll quickly be inundated by the replies. This will make it difficult to review the incoming resumes fast enough, and the candidate experience will suffer.

These candidates have been at the bottom of your ATS reservoir, hibernating for years. You don’t need to bring them all to the surface at the same time.

As I mentioned earlier, your ATS is likely not built for effective messaging and outreach. Some are better at this than others, but it might be easier to use a separate tool that’s built specifically for this kind of outreach.

There are numerous email tracking and automation platforms such as HubSpot Sales Hub, GMass, and MixMax, that are designed for cold sales outreach but work just fine for a project like this. I’ve used GMass and MixMax in the past, and both work great.

If you’re feeling overwhelmed by the number of options available, using G2’s Grid can be extremely valuable.

The benefit of these tools is they allow you to build personalized messaging and email sequences to automate your follow up. This is priceless given it’s been proven over and over again that it takes more than one email to get a decent response rate.

Follow up is critical, and who has the time to do this at scale manually?

Most of these platforms are also very reasonably priced. Typically the cost is directly correlated to the number of contacts you have.

However, if you’re an enterprise, Fortune 500 organization, or larger, it might be worthwhile to invest in a more robust marketing automation platform. There are even some that have been built specifically for recruitment applications, like Candidate.ID.

You’re sitting atop a gold mine of candidates that could become a valuable competitive advantage. Most companies won’t leverage this resource. Not because it’s impossible, but because it’s difficult.

But, it doesn’t have to be overly complicated or expensive. Like everything else in business, if you invest the time upfront in developing a strategic, well-thought-out program, the cost will decrease over time, and the return will increase.

Don’t be afraid to experiment and test things. You could uncover other competitive advantages through your creativity.

The bottom line, it’s time to blow up the dam that is your ATS and release the river of the possibility that exists right under your nose.

Travis is the Director of Marketing for a Denver-based B2B company and a strategic marketing consultant, coach, and writer, focusing on recruitment and talent acquisition. He has written for the employer brand sites of Microsoft and Dunkin' Brands, contributes regularly to RecruitingDaily, and is the author of the book Think Differently: How Recruitment Marketing Gets You Noticed Above the Noise. If you have any questions or comments, you can contact Travis at [email protected]