Membership
Home / Articles / Uncertainty Kills: The Root Cause of All Your Recruiting Problems

Uncertainty Kills: The Root Cause of All Your Recruiting Problems 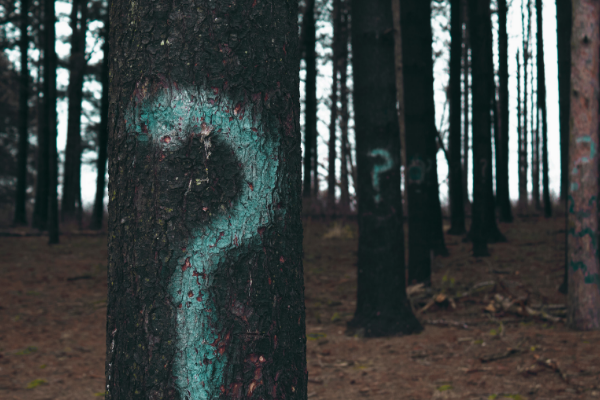 Hiring is a minefield, with hidden and not-so-hidden problem, obstacles, issues and objections scattered between here to the acceptance.

As a recruiter or recruiting leader, you are tasked with shepherding the candidate through that minefield as best you can. No one will blame you for the occasional lost candidate, the one who bolted last minute. But these days, it might feel like you have more rejections than successes, and a quick review of the data would confirm it.

Obviously, as the demand for talent grows, we can say candidates are more picky, but that’s not really what’s going on. The reality is that you are applying 20th century thinking to 21st century hiring.

Is uncertainty really the issue? Pretend you’re driving in a new city and your phone is dead. All you have is a paper map and the signs around you. You aren’t 100% certain where on the map you are, so it’s

unclear which direction to take. In this situation, do you randomly guess and start turning? Of course not. You stop the car, take a breath and start studying the map. Uncertainty didn’t turn into a “maybe,” it stopped the entire dead in its tracks.

Sites like Glassdoor, Google, Indeed and Blind have pulled the veil away from the employer having all the information. Not only can’t the recruiter can’t hide all the bad stuff anymore, but recruiting leadership hasn’t learned to shift gears, lean in, and face the new reality. Rather than become transparent and reveal the pros and cons, they stick their heads in the sand. There’s a whole thread on Blind identifying the companies that block the Blind app and its emails to ensure that no one can see what other people are saying. These are leadership decisions, endemic of how far most companies have to go to removing uncertainty.

If you want to be more successful in your hiring, your strategy should shift to removing uncertainty. Here are seven ways you can lower the amounts of uncertainty throughout your hiring process to keep more prospects and candidates engaged and more likely to accept your offer.

1) Salary on the job posting

Yep. Not only will Google reward you with better-ranked jobs in its search results, it will help you communicate to candidates what the expectation of the role really is. In a world where we seem to tack on manager or specialist on to any title regardless of whether its a people-managing role or requires actually specialization and expertise, the salary helps you say, “yeah, this is an entry-level job” or “this job assumes you’ve got real experience doing this kind of work” that is often unclear in the job posting.

What’s that old saw about people join companies but leave bosses? Why not actually share who the boss is? We expect recruiters to own the relationship, but why? The recruiter exits the picture as soon as the hire happens. If a good part of productivity comes from chemistry between the employee and supervisor, start sharing that early. If things change halfway through the process, be transparent about that, too. Good candidates appreciate your willingness to be open about changes because it shows you respect the candidate. That’s the kind of connection you should be fostering.

You pay your people because they are smart, productive, engaging and interesting people. Why not leverage that to the candidate? Each employee’s LinkedIn profile should be professional enough that you don’t have to worry about the things you might if you shared Facebook profiles. And if they are sharing stuff you’re embarrassed about, that candidate isn’t really the problem, are they?

4) Show the edges of your brand

Great. You value diversity. Or ownership. Or fearlessness. Or respect. Or teamwork. Or independance. These words, which are so often pointed to in the career site, are effectively worthless. I value every one of these things, too. The question isn’t if I value them, but how much. What am I willing to give up to commit to a value? Where is the edge to your brand and values? A value you don’t have to sacrifice anything for isn’t a value so much as an aspiration or wish. For example, if you value respect and also performance, which one wins when someone is out-performing, but is a jerk? Is that something you’re willing to accept? If so, you value performance not respect. If not, you value respect not performance. If you can’t show the edges to which you will commit to that brand or value, you might as well say nothing.

Yes, the candidate will get a tour when they come in for the interview, but why not share that info ahead of time? If there’s no reason to hide something, why hide it? Why not share it like you’re proud. Between video cameras in everyone’s pocket, $300 360-degree cameras and $60 microphones, there’s simply no reason to not show and tell all the cool parts of your office.

Hiring is about fit. But if you only show off the good, how can anyone judge for themselves if they’ll fit? By showing off only the good, you put more burden on the recruiter to define and assess for fit. If you are transparent about some of the things that aren’t great (spoiler: no company is 100% great and anyone who thinks that isn’t someone you want to hire), you are helping smart candidates decide if they should self-select out. This way you are shrinking the size of the haystack the recruiter is trying to work for. And by sharing that up front, you won’t get hit with the surprise, “wait, you expect me to be in the office at 8am every morning and don’t have a work-from-home policy?!?” objection. When you get that close to the offer stage, you’re asking the candidate to think you’re hiding more and uncertainty grows.

7) Link to your Glassdoor profile

Glassdoor is happy to boast about what percentage of your candidates will make a stop at their site to get the straight dope, so to speak. So beat them to the punch and link to it. If you’ve got a good rating, brag. Why wouldn’t you? If you’ve got a less-than-stellar rating, pointing to it gives you a chance to reframe the rating. You can talk up what you’re doing to fix things and that you are using Glassdoor reviews as a way to target what you’ll be fixing next. That will help counter any uncertainty a low rating will spark.

Truly, uncertainty kills your recruiting funnel. Nothing can remove uncertainty completely, but if you pivot your strategy to identify and remove as much of it as you can, you’ll see far higher acceptance rates and a smoother hiring process overall.

James Ellis is the lead employer brand consultant at Proactive Talent and host of the highly-rated podcast The Talent Cast. Based in Chicago, you can reach him via Twitter @TheWarForTalent or on JamesEllis.us.

Hear more from James on THE TALENT CAST – UNCERTAINTY KILLS