Membership
Home / Articles / Location vs. Aggregation: Why Predictive Analytics Are the Future of Recruiting

Location vs. Aggregation: Why Predictive Analytics Are the Future of Recruiting 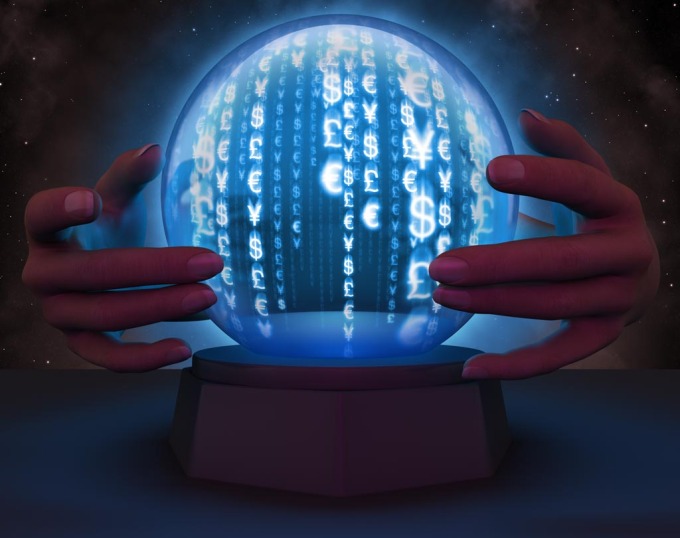 I read an article the other day that had me confused. The title implied (as this one does at first) that “location” and “aggregation” are competitors for the future of recruitment. I won’t type out the definition of each word like the cliche or passe blogger of yesteryear, but I’ll link you to their Yourdictionary.com entries via Google here and here.

Do you see what I did there?

To be absolutely fair, the writer does state that they aren’t mutually exclusive at the end, but what bothered me the most is that I don’t think aggregation or location is the future. They’re the present. The now. And, even “megatrends” some say. And, they for darn sure are already working together.

So, what is the future of recruiting?

Well, if anyone is certain, I suggest they build, market, and sell it, or find who has started to build it and give them your life savings as the first, and the only investor of that round and pray to the heavens they execute. Because, any entrepreneur or “wantrepreneur” will tell you they have the idea, but many forget to execute it.

That’s why I want to share the future of recruiting with you. Thanks for asking, and you’re welcome. #BTW

Predictive Analytics: The Future of Recruiting

Recruiting analytics has been worked on for some time, and it’s why I believe that aggregators and others with data may have the edge. Many are producing some level of analytics. But, to my knowledge nobody has pieced together the “money shot.”

And, that money shot is predictive analytics. That’s the future of recruiting.

Specifically, I’m talking about identifying those that are job seekers with no experience in a role, but will do the job well and become autonomous in that role faster than others, thus reducing the onboarding and training time and producing faster. That is a game-changer for both candidate and company.

How amazing will it be for a CPA to find out that due to her years in that world, running her own small, business, and being the Chair of the local Rotary Club she’s ideal for this new role travelling for a company to promote their software around the globe, and she’s in the office at 11PM past 1AM because she had to deal with a personnel issue… AGAIN… and now she’s been trying to determine how she’s going to make it all the way to tax season without folding and she gets the most wonderful message that says it doesn’t have to be this way anymore?

How amazing will it be when big companies and small business alike are at war for the next shortage of software developers that are a rare breed that know the new “Passionteascript” that will solve the world’s thirst for really bad flavors of tea only to find out that there is this percentage of salespeople that have the ability and the patience to learn how to program and they don’t have to worry about quotas, dials, talk time, and making a commission check before Christmas so Santa can come to their house?

The Future of Recruiting: Never Too Late To Start Over

I could go on in my Faulkner/Burroughs-esque stream of consciousness… and I will… oh, alright, I’ll stop because the point hopefully is made.

Companies want to save money and will do whatever will cut costs whenever it whenever it’s feasible. And most try to determine reasonableness as well.

The amount of cost saved due to not having positions filled or even candidates coming through the door will be astronomical when the industry gets there.

The real highlight to me is at the jobseeker level. In film, books, TV, and certainly music we’ve seen and heard the theme of it’s never too late.

“It’s never too late to start over.”

(Cue Kevin Spacey smoking a joint and listening to Hendrix while bench pressing in his garage with his brand new classic sports car parked just outside.)

That’s what predictive analytics can bring. That’s a dream that’s easy to sell. And, I can’t wait to watch it. And hopefully, be a part of the future of recruiting.

About the Author: Matt Ekstrom currently serves as the Chief Revenue Officer at HiringSolved, a sourcing and recruiting startup which is doing for Talent Search what Google did for general web search, helping individuals and companies find everyone, everywhere and making that information easy to find.

In his role, Matt is responsible for helping HiringSolved grow new business, taking HiringSolved from under $2k a month in recurring revenue in May 2013 to being one of the most sought after recruiting technologies by some of the largest and most advanced firms in the world.

Matt has an extensive background in the recruiting and sourcing industry, having previously held leadership roles at companies like Monster Worldwide and TweetMyJobs. Follow Matt on Twitter @504Matt or connect with him on LinkedIn.