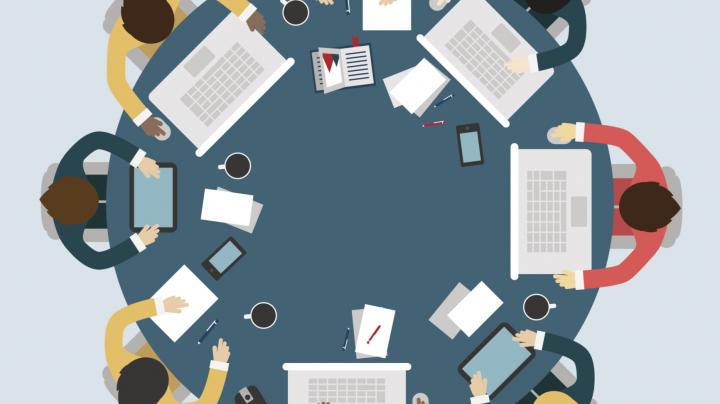 This article was co-authored with Abhijit Bhaduri.

There are many good reasons for predicting human performance at work.

In addition, innovations in HR technologies are also changing how we evaluate these new vital attributes of potential. If AI and science can join forces, we will soon live in a world where a substantial proportion of the workforce will not need to be assessed, because of the amount of data we will have on people.

To be sure, not much has changed when it comes to predicting someone’s ability to do something they have done in the past. People have always been creatures of habit – and they always will be – so past behavior is a very good predictor of future behavior. However, if we are interested in working out whether someone is able to do something they haven’t done before, let alone predict their performance on jobs that do not exist yet, things get a lot more complicated. According to a ManpowerGroup and World Economic Forum report, 65% of the jobs that await generation Z will be jobs that do not exist today, and a recent report by Dell estimated by 2030 only 15% of today’s jobs will still exist.

Fortunately, science provides a well-established solution to address this challenge. In fact, there is a fairly formulaic process for quantifying someone’s potential for performing a job they have not done before, even if we don’t know what that role might actually be.

The first and most important recommendation is to focus on generic and universal ingredients of talent, such as ability, likability, and drive. As we have shown in our own research, these are the most important qualities for predicting not only people’s job performance, but also their career success. We may not know what the future jobs will look like, but it is safe to assume that people who are generally smarter, better able to deal with people, and more hard-working, will be able to perform them better than their less able, likable, and driven counterparts, and it is relatively easy to measure the degree to which people possess these qualities. Furthermore, this simple formula can be applied at all levels of job complexity and seniority, including the C-suite.

For instance, when a large steel conglomerate decided to hire a CFO, it identified a candidate who had previously worked in a petroleum company and then for a major energy firm. While the functional competencies for the role would have been common to most CFOs, the hiring team chose to use those merely as a gating criteria. What got the candidate hired was their ability to lead a business transformation. The steel manufacturer was about to undertake a large transformation to respond to the change in the global market conditions.

The CHRO told us that they were looking for a terrific business leader who could collaborate with others in the C-suite and lead the transformation. They specifically assessed their ability to analyze the barriers they would face with the frontline, middle management and the senior leaders

They viewed the candidate’s analytical skills as a great asset. The CFO was skilled at analyzing data and finding patterns and trends. The person came across as likeable and respectful without compromising on the agenda, and viewed by colleagues as persuasive and charming. During town hall meetings, this candidate listened to people without imposing his/her own ideas, and none of this stopped this candidate from driving an ambitious agenda of 10X revenue growth.

Willingness to learn what they don’t know

A second key recommendation is to bet on trainability. First, because what people know is less relevant than what they are likely to learn. Second, because the only sure way to avoid being automated is to keep learning new things, broadening one’s skill range to remain employable and competitive.

Unsurprisingly, there has recently been a great deal of emphasis on the importance of human curiosity – often referred to as learnability – vis-à-vis jobs and careers. Curious people are more likely to question things, which helps them solve problems and arrive to smarter answers. They are also more comfortable with ambiguity, which makes them receptive to change and adaptable. Finally, curious people are more likely to be self-critical and to seek out and pay attention to feedback from others, which is essential for developing and getting better.

Naturally, it is not possible for organizations to expect to hire only curious people, so investing in developmental and coaching interventions that boost trainability is also necessary. Such interventions can be expected to be more successful if they manage to prepare people for management and leadership roles, which will depend largely on their ability to coach or develop people-skills.

Ironically, in the age of AI and digital automation humans will mostly compete on their emotional or social skills, as these are the hardest abilities for technology to emulate.

A $43 billion corporation, the Aditya Birla Group is in the League of Fortune 500. They employ almost 120,000 employees, belonging to 42 nationalities. A couple of years ago, they took a bold stand. They decided to stop hiring external talent at the top of the pyramid, to instead invest heavily in transition coaching to prepare their leaders for success in top roles.

As Ganesh Chella, a leading coach noted, “The most common area where leaders need coaching is in the area of emotional intelligence. Self-regulation and impulse control matters a lot at the top.” At the middle level attention to detail can be a strength. At the senior level, the same quality would be a derailer. Getting them to operate as a leader who empowers – not micromanages is another important area of development.

Recruiters have always found roles for people where they can leverage their competencies. Could they start using their understanding of personality to identify opportunities for candidates? Talent is after all, personality in the right place. It is hard to think of Messi as a banker, and he is not even the soccer player when he plays for Argentina. That is why personality is such a great predictor of careers where the individual can find purpose and personal fulfillment. This is where good recruiters should still be able to add value and help.

Tomas Chamorro-Premuzic is the Chief Talent Scientist at ManpowerGroup, a professor of business psychology at University College London and at Columbia University, and an associate at Harvard’s Entrepreneurial Finance Lab. He is the author of Why Do So Many Incompetent Men Become Leaders? (and How to Fix It), upon which his TEDx talk was based. Find him on Twitter: @drtcp or at www.drtomas.com.

Abhijit Bhaduri is talent management advisor and coach to several CEOs. He is the author of the bestseller "The Digital Tsunami". He is an alumnus of Microsoft, Pepsi, Colgate and most recently was the CLO for Wipro. You can follow him on LinkedIn or Twitter @AbhijitBhaduri or at abhijitbhaduri.com