Membership
Home / Articles / How far are we with texting as a candidate engagement driver?

How far are we with texting as a candidate engagement driver? 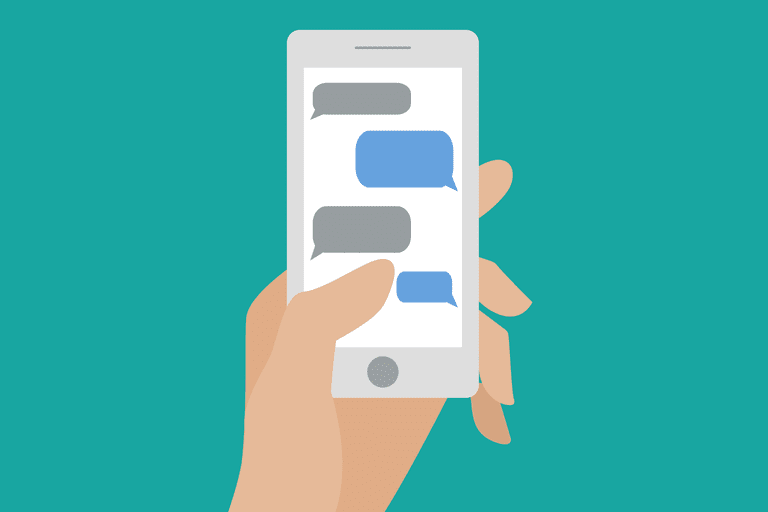 OK, some personal factoids up front just for a little bit of context: I’m currently 37, best I can tell via doing the math. I was married/with someone for about eight years who was my age. That ended in early 2017. Now, past the midpoint of 2018, I’m with a 29-year-old. Why should this matter? Well, in the grand scheme, it shouldn’t. But I can tell you the dividing line between “37” (when most people have kids, mortgages, a certain career track, etc.) and “29” (when oftentimes they don’t) is pretty big in some respects. One of the biggest between current 37 and current 29 is texting. I text. I mean, I’m a human being. I get it. I’m not always all about the emojis and whatnot — nor do I know what they mean all the time — but a 29-year-old at present texts like whoa, as does a 24-year-old.

Is this article about generalizations about generations? No. I try to stay away from those, although admittedly I might have just done it. (Oops.) Instead, it’s about the basic realization that everyone seems to text, it seems to be normative the younger you go down the chain, and … shouldn’t it be a more active part of recruiting?

Because I’m a small swinging you-know-what over at RecruitingDaily, I got this press release about a Jobvite-Canvas partnership a few weeks back. The press release mentioned being “excited to announce an essential new capability to its enterprise-grade recruiting platform: Jobvite Text, powered by Canvas (gocanvas.io). This powerful new technology offers customers an unparalleled advantage in the war for talent by allowing recruiters to easily start conversations with job candidates where they spend most of their time — on their mobile device.”

Cool. Some stats were also pulled for me, including:

Start Conversations with One or Multiple Candidates, All at Once and in Real-Time: Studies show that 95 percent of texts will be read within three minutes of being sent, with an average response time of just 90 seconds. With Jobvite’s new texting solution, recruiters can leverage the power of text to instantly engage both active and passive candidates on an individualized basis, or broadcast messages to entire groups of job seekers. Hiring teams can even schedule texts in a sequence as part of their targeted recruiting campaigns to reach candidates where they’re most likely to respond.

Also cool. I’ve been to multiple recruiting events now and seen some of the other platforms, including TextRecruit. They were acquired by iCIMS, as you probably know.

I personally hate that term, but … I did it anyway. Matt Singer, VP of Marketing at Jobvite, was on there — as was Aman Brar, CEO of Canvas. It was admittedly pretty interesting.

They both spoke of a lot of companies selling “magic in a bottle,” especially around automation/machine learning, even though it doesn’t really exist yet. (I’d agree with that.) Their goal in this partnership was a lighter integration — and customers were asking for that — as well as a way to create “delightful moments” for recruiters. (We’d all like more of those.)

One transparent element of the conversation was this: recruiters are in the rejection business, and most of that is top-of-funnel. Recruiters sometimes like to frame up what they do as finding the best in people, or “purple squirrels,” or whatever else. That can be true, but largely they winnow down a funnel for a hiring manager. You need effective tools to do that, and engaging/not engaging around text — the preferred form of communication for many young’uns that hiring managers might covet — is one effective way to figure all that out.

User uptake will also increase because there are fewer hurdles to starting the conversation.

So what’s the drawback?

The big elephant is this one:

Recruiters can use text messaging for communicating with candidates, but since it is harder to protect data, this should be used sparingly. All applicant tracking systems must encrypt candidate information so texting can take place from within a secure environment. It’s a good business practice to use texting for sharing job leads, as long as they are accessible on a secure ATS.

If you look at legislation like GDPR, the main function/purpose of GDPR and related is “Data protection needs to be at the forefront.” Look at Facebook in the last 12 months. It’s a total boondoggle and now it’s losing $148B in a day. These are serious issues. If texting can’t solve that sufficiently in the context of talent acquisition, it will never fully catch on.

The other issue is sheer psychology. Yes, you respond to your girlfriends or your boys at happy hour in 90 seconds with “On my way!” But people have very strong psychological lines between work and personal. Facebook for Work got to scale, sure, but Facebook had billions of users already. I guarantee you most people don’t use FB the same way professionally and personally, and they don’t/won’t use texting the same way either. That can’t be ignored.

Still, texting applications in TA seem to be getting better and more analytics-based, more ATS-tied and encrypted, etc. We’re on the way, for sure. Are we “there” yet? I don’t see it.