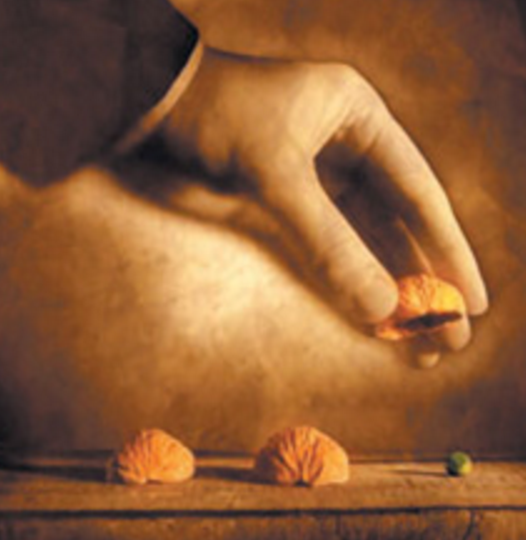 One of the things about sourcing is that if you’re smart, all the hard work that goes into slating candidates and successfully closing a req doesn’t have to disappear just because the job order got filled. The hard ones keep coming back, somehow.

Take the most recent project I’ve been working on – an encore, as it were, of a healthcare job I last visited approximately 20 long months ago, which is pretty much an eternity in recruiting terms.

Back then, in April 2014 – yeah, told you it’d been a while – I had prepared the names of about 500 Nursing Managers, Nurse Supervisors, Directors and Assistant Directors in Nursing as part of some research I was doing for one of my best customers, a long term care provider attached to one of the premiere regional hospital chains in the Northeast.

After doing that legwork, my job this time is to contact those names and pitch any of the possible opportunities available at my client.

These are augmented by adding any additional email addresses or direct phone numbers I find as I work my way through my hot list of cold calls. Sounds simple enough, right?

The thing is, I’m finding what I’ve always found throughout my career revisiting a project after this much time has elapsed: the impeccable research and lead list I’d created had already largely become obsolete and outdated.

In this case, which is about par for the course throughout my career, about 40% of the names I’d sourced were either no longer at their old roles, or else they’d changed official titles, positions or departments in the interim.

For example, a Nurse Manager may have switched to a per diem contract gig (where the big bucks are), or she may have been promoted internally to become a DON (Director of Nursing), or an ADON (Assistant of Nursing) may have become the Director, or one of a million internal mobility possibilities that send a ripple effect through even the most immaculately sourced lists.

One promotion, resignation or transfer can wreck havoc on an org chart, particularly one whose primary purpose is competitive intelligence.

These are the real life recruiting numbers you rarely hear about. But as metrics go, this represents something of a salient statistic.

Here’s the thing. Love ’em or hate ’em, no social media site is going to tell you what percentage of names you find on that site that are likely, based on the length of time they’ve been a member (they don’t tell you THAT info, either!), will not be responsive to your requests/approaches/messages/whatever you want to call the impersonal “personal” communication that these platforms encourage en masse between individual users of their sites.

Nope. That’s one fact that you never hear about when you hear about social media – and none of these sites advise you of the fact that much of their member information is superfluous at best, outdated or just plain wrong at worst.

And why would any social network share that fact? I mean, after all, that would be sharing the secret that their most valuable asset – member data – is, like a new car, one asset that depreciates almost immediately after any social network test drive.

So, why does it matter that the “actionable analytics” and “big data” you always hear about in social recruiting might not be the whole story, statistically speaking, particularly when it comes to sourcing? Well, I’ll tell you.

It’s because people like me, working every day in the talent trenches, can unequivocally state that after actually calling each of these facilities on the phone (crazy, I know), tracking my activity via Excel sheet (I’m reworking the exact formulas and macros at the moment) and seeing the recurring results, already know that when it comes to social recruiting and sourcing, the math doesn’t always add up.

In fact, I’ve actually got a pretty big body of proof that shows that sourcing and talent pros spend far more time following up with social leads that are either erroneous, outdated or obsolete than they do actually building meaningful connections and engagement on those networks. And I know I’m not the only one tracking this sort of stuff – the platforms you’re allocating spend on are fully aware of this pervasive problem, which is becoming something of an Achilles’ heel to many social sites.

Just don’t bring it up – and if you do, expect some dismissive response trying to minimize how much these inactive or outdated user information and data matters. Listen to them, and it’s not even a real issue.

Except for the fact that it is a real issue, and these numbers do matter to anyone of us in the sourcing or recruiting business.

The Con Is On.

The reason they matter is because as a recruiter, these “false positives” consume way too much time, and too many recruiters spend an inordinate amount of effort using social sourcing for just-in-time hiring; the problem with this approach is chasing any database where fully 40% (or more) of the leads are no longer legit is insane.

In this case, because they’ve either changed positions at their current employer, found another new role or are no longer suitable for whatever req you happen to be sourcing for, the convenience and relative ease of developing a potential lead list when sourcing on social media is a devil’s bargain. Having a name isn’t enough – you’ve got to have the time to turn that name into a candidate.

That’s hard when so much of that time is wasted following dead ends and chasing after manifold Macguffins, as too often happens in “social recruiting.”

Hell, even in healthcare – which is fairly staid and slow moving compared to many industries – 40% of the 500 names I’ve been working through have, in the past 20 months, become false leads, even though I found and verified each of them during my original search.

Whether they’ve switched jobs, changed to a new within their current company or are no longer on the market, there’s something substantially different about a full 40% of my candidate lead list.

When I call – and I always call, my dear – and I find out that my carefully developed lead is “no longer there,” or “left the company,” or “gone,” or whatever term for ‘you’re SOL’ it is they use, instead of getting mad, I keep my cool.

See, I know this is an opportunity – and as such, I assume my most casual tone, and try to come across like I’m some ten buck an hour database admin as I ask whomever it is I happened to get ahold of:

“Can you tell me, please, who’s currently in that role?”

Well, no matter how guarded that gatekeeper is, let me tell you – if you call on the phone, and at least know enough to know a name they know, well, they’re going to lose their guard. Bam.

And once they tell me, I ask, even more innocent and friendly than before:

“And what is the best way to get ahold of her, please?”

Hey, I’m being courteous and deferring to their preferred method of communication – which makes me way too nice to be a recruiter or sourcer, I assume, because BAM!

If they’ve left the company, most of the time they do so without passing along any forwarding information, but sometimes, every once in awhile, the person you’re talking to might know the answer to the follow up question it’s always a good idea to ask when told that the person is no longer with that particular employer: “Do you know where she is working now?”

You don’t always get what you want, but if you try sometimes, you might find, you get what you need. Damn right.

The beauty of working through a lead list you’ve already assembled on another search (and the puzzle part most of us in sourcing particularly like) is that as you work through it, you’ll start seeing your names popping up here and there – down yonder and hither yon, as it were. Do this long enough, and that tracking document shows more than just-in-time candidates – it shows their long term career progress, too. That information is pretty powerful – and far transcends the tactical, temporal and temporary stuff that’s so easy to find on social.

It’s a marathon, not a sprint.

Remember: even though most of the time, when you find some old or outdated (or abandoned) social “profile,” there’s no other information or digital “forwarding address,” as it were, but keeping an updated data spread on those leads can be the best way of transforming those dead ends into active leads and connections.

The only way to know when to stop sourcing is when you’ve assembled everyone. HINT: The only way to do that and be assured your list is complete is by picking up the phone and finding out everyone who works there.

I’m sorry. Don’t listen to the pundits, particularly when they say, “finding talent has never been easier than it is today.”

They obviously don’t understand the nuances of sourcing.

And if I have to explain what I mean by “nuance” to you, well, as far as sourcing or recruiting is concerned, you’re probably beyond help, anyway.

That’s OK – that’s what InMails are for, right? 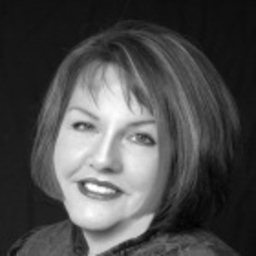