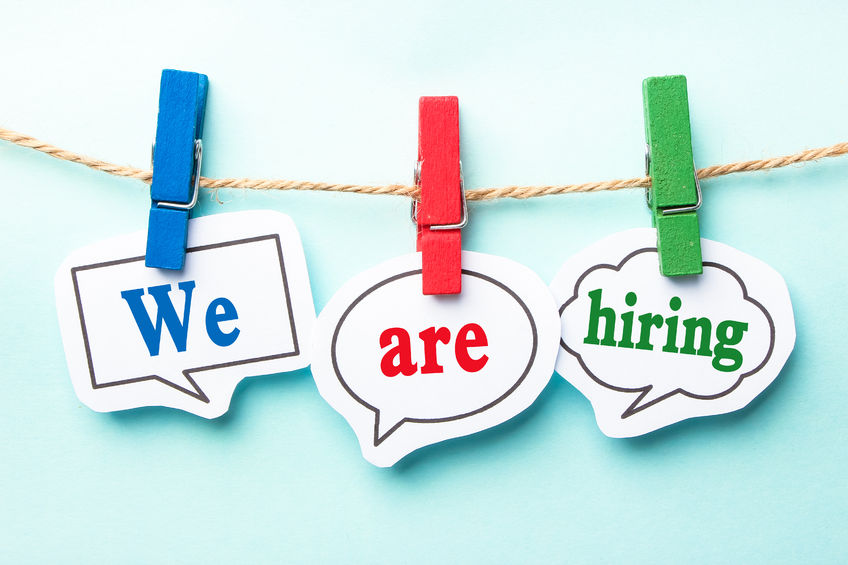 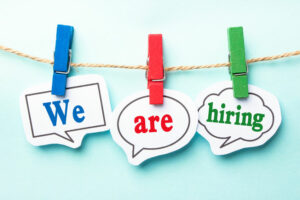 A New Year brings new recruitment and employment surveys, and the first one of the year brings information that you probably won’t be all that surprised by.

According to CareerBuilder’s annual forecast, 44 percent of employers say they plan to hire permanent full-time employees this year. In addition, 51 percent of are planning to hire temp workers in 2018.

“A perfect storm … in the U.S. labor market”

If that wasn’t enough, add this into the mix as well: the CareerBuilder survey also found that 40 percent of workers say they plan to change jobs in the New Year, and the combination of all of this makes for a tough recruiting challenge as we try to kick start 2018.

“More job creation, higher voluntary employee turnover and intensified competition for talent will be the main themes surrounding employment in 2018,” said Matt Ferguson, CEO of CareerBuilder, in a press release about the survey.

And, he also had this ominous analysis:

There is a perfect storm happening in the U.S. labor market. Low unemployment paired with lagging labor force participation and a growing skills gap is making it very difficult for businesses to find qualified candidates – and this is for all types of roles. If employers want to remain competitive, they are going to have to look to new talent pools and significantly increase their investment in training workers to build up the skills they require.” 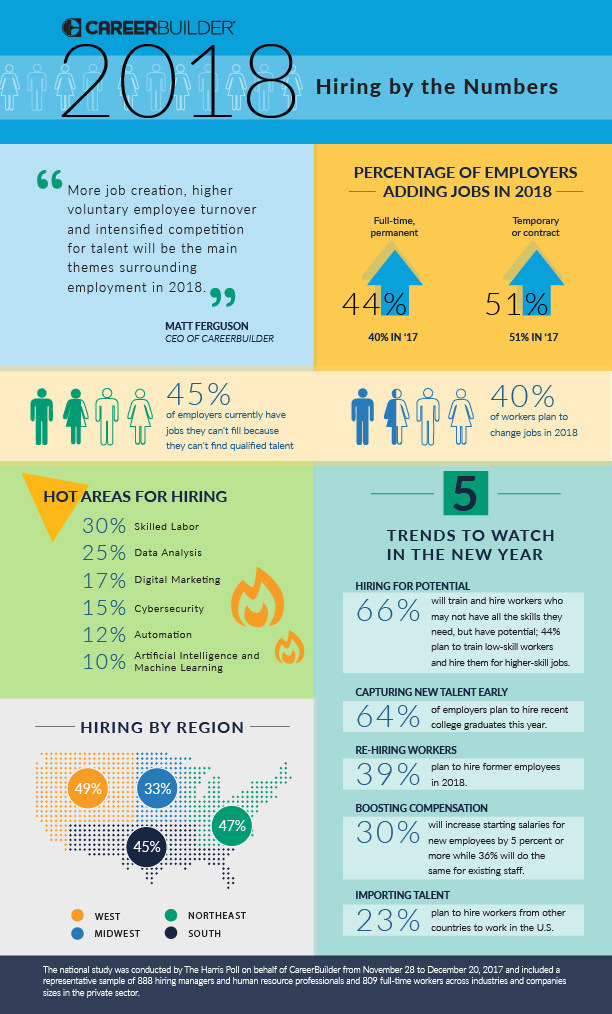 Overall, the CareerBuilder survey noted that the amount of employers planning to hire full-time, permanent staff in the New Year was pretty similar to last year (40 percent in 2017 to 44 percent in 2018), while 6 percent of employers expect a decline in staff levels in 2018, an improvement from 8 percent last year. Close to half of employers surveyed (45 percent) anticipated no change this year, while 5 percent were unsure.

5 employer trends to watch for this year

Besides the top line poll numbers, the CareerBuilder survey also broke out the five (5) biggest employer trends to watch for in the New Year. They are interesting and also give some insight into the kinds of strategies many organizations are looking at as they deal with finding talent in a hard-to-find-talent market.

My 3 takeaways from the CareerBuilder survey

Here’s my take: There is nothing terribly surprising about the numbers in this CareerBuilder survey except that they look a lot like the numbers from last year. The commentary about what employers “plan” to do sounds familiar as well.

What the findings from the CareerBuilder survey say to me is that the employers’ “plan” for 2017 wasn’t executed very well, so they simply tweaked it and rolled out one that looks and feels the same for 2018.

Isn’t the definition of insanity “doing the same thing over and over and expecting a different result?”

My view is that employers need to do three (3) things differently this year if they really want to build their talent and better compete in our hyper-competitive economy:

Yes, that’s all that I took away from this CareerBuilder survey. How about you?

The national study was conducted by The Harris Poll on behalf of CareerBuilder from Nov. 28 to Dec. 20, 2017 and included a representative sample of 888 hiring managers and human resource professionals and 809 full-time workers across industries and companies sizes in the private sector.