Membership
Home / Articles / Diversity & Exclusion: A Realistic Look at the Question of Progress in HR and Recruiting.

Diversity & Exclusion: A Realistic Look at the Question of Progress in HR and Recruiting. 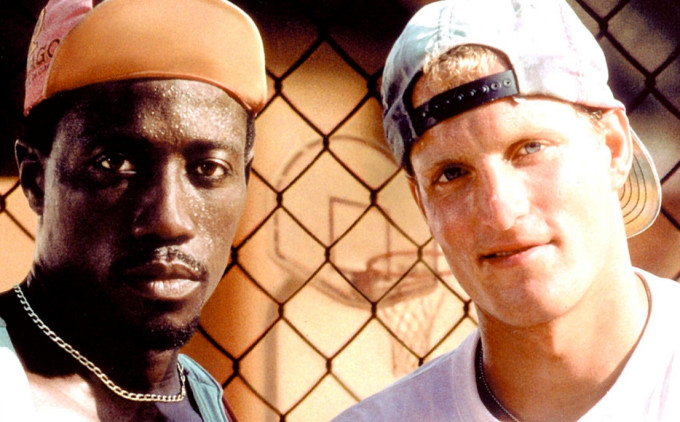 As a white male, there are few conversation topics more taboo than talking about (much less writing about) the issue of race. It’s one of those things, like politics, sex or religion, that’s just not considered apropos for the workplace.

This is why we only speak of ‘race’ in terms of “diversity” and “inclusion.”

While these precepts are predicated on overt prejudice, frankly, for some reason the not so subtle institutionalized quota system that equal opportunity employment and affirmative action represent have become firmly entrenched as a dedicated HR discipline.

This has become another egregious example of HR hypocrisy; a recent survey by executive search firm Witt/Kiefer found that 84% of active Chief Diversity Officers at enterprise employers were themselves visible minorities (with African American males predominating within this professional demographic).

This, of course, mirrors the larger trend that HR has become, in fact, a little too effective at diversity within its own function; according to Forbes, 69% of all HR professionals and fully 74% of HR Managers are female, which, in fact, is the very same type of disproportionate representation that diversity initiatives were designed explicitly to address (by comparison, about 55% of the US workforce, according to the Department of Labor, was female).

HR is essentially the home economics of professional functions, demographically speaking; statistically, preschool and elementary education is the only other category where women are more prevalent than men, according to the Bureau of Labor Statistics. Additionally, the same organization suggests around 52% of practicing HR professionals are “visible minorities,” which far surpasses the 37% rate of the overall US workforce.

That HR maintains such an overrepresentation of women and minorities should mean, theoretically, that inclusion efforts within the function should shift towards targeting white males, at least according to the stated purposes of corporate diversity efforts. Of course, that’s not the case.

In fact, HR professionals with less than 3 years of experience, according to SHRM, were somehow more predominantly female or persons of color than their more experienced counterparts, meaning the growing gender and diversity divide in the profession will only continue to grow.

This mirrors the larger trend within the US workforce, where minority representation is expected to rise to 57% by 2060, with the US Department of Commerce projecting nonwhite ethnic groups will represent fully 85% of U.S. employee population growth through 2050.

Such demographic changes will inevitably transform the workplace; how they will transform diversity hiring initiatives, of course, remains to be seen.

One fact, however, is becoming crystal clear: in order to prepare for the workforce of tomorrow, we need to rethink our approach to diversity and inclusion – furthermore, that change needs to start in HR if HR will continue to be the primary arbiter of diversity and inclusion programs, initiatives and organizational compliance.

Because these efforts today are not only completely extraneous (as evidenced above), but largely ineffective,

In fact, a recent longitudinal study of over 700 companies demonstrated that implementing formalized diversity programs has little positive effect in addressing underrepresentation, and may in fact decrease participation of women of color.

This is only one of a litany of studies producing data to suggest that diversity programs actually exacerbate the same problems they purport to address.

A recent Harvard Business Review article’s title really says it all when it comes to our current approach to diversity: “Diversity Programs Don’t Help Women or Minorities, and They Make White Men Feel Threatened.”

This central thesis was reinforced by an experiment conducted to measure white male attitudes towards workplace diversity conducted by the authors of the aforementioned article. In this experiment, college aged white men were subjected to a hiring simulation for an entry-level job at a startup technology company.

For half these young, white and male “applicants,” the recruitment marketing materials and company culture collateral for this fictional firm incorporated references to their “pro-diversity” values; for the other half, diversity was not mentioned during the application process. Besides this slight difference in positioning, the company career copy was identical.

Each “applicant” was then subjected to a simulated, standardized “interview” to gauge their attitudes towards their fit at each firm. During these simulated interviews, each participant also had their cardiovascular activity monitored to determine stressors.

The study found that compared to the control group, to which diversity was never mentioned, the group of white men interviewing at the company who explicitly highlighted diversity was much more likely to enter the interview with expectations that such a firm would evidence more unfair treatment and reverse discrimination towards them than their counterparts.

Additionally, the ‘applicants’ for the “pro-diversity” employer performed much more poorly in the standardized job interview, during which their cardiovascular responses evidenced far more stress than the control group. These stressors spiked when topics related to “diversity” and “inclusion” were mentioned – far more than any subject tested.

According to the study’s authors:

“Pro-diversity messages signaled to these white men that they might be undervalued and discriminated against. These concerns interfered with their interview performance and caused their bodies to respond as if they were under threat.

Importantly, diversity messages led to these effects regardless of these men’s political ideology, attitudes toward minority groups, beliefs about the prevalence of discrimination against whites, or beliefs about the fairness of the world.

This suggests just how widespread negative responses to diversity may be among white men: the responses exist even among those who endorse the tenets of diversity and inclusion.”

Yeah, diversity kind of sucks  – at least from where I’m sitting.

How Long? Not Long!

I am, personally, part of this aforementioned group of white guys who actually believe in the principals behind diversity and inclusion, and applaud organizations committed to making these efforts.

The fact of the matter is, though, I do believe that the existence of diversity and inclusion initiatives have more or less led to diminishing returns.

It’s time we address the fact that such efforts fail what’s largely becoming a minority group overall, but even more so, within the same HR profession tasked with diversity and inclusion in the first place.

In addition to threatening white men, as the study suggests, diversity initiatives also seem to do little to convince minorities that companies will treat them more fairly.  After doing the same experiment with visible minorities, it turns out that even the company who aggressively advertised their pro-diversity position and initiative was seen as “no more inclusive, no better to work for, and no less likely to discriminate against minorities than a company without a pro-diversity stance.”

The study’s authors, reviewing their results, suggested that the only success corporate diversity initiatives really have achieved is in compliance with diversity and EOE/AA/OFCCP legislation. In conclusion, however, they caution that “when people feel threatened, they may resist efforts to make the workplace more inclusive.”

The same study showed over 80% of white males agreed with the fact that race and gender shouldn’t inhibit employment or advancement opportunities, meaning that white men are actually more active advocates of diversity (at the moment) than racial minorities (at around 65%), and about equal to women across all races (81% of whom agreed, in theory, with diversity recruiting).

I See the Promised Land.

While I’m unsure what the future of diversity hiring looks like, one thing is clear: if it continues to mirror present practices, it’s not only going to threaten the very same historical gains these programs have made, but are likely going to increase discriminatory hiring practices, decrease employee perceptions of inclusion and make race, that “elephant in the conference room,” as it were, a point of contention instead of consensus.

I know even writing a post questioning the conventional wisdom behind diversity, as a white guy, is pretty much asking for controversy, or else suggestions of complicit racism or explicit discrimination, but in fact, the exact opposite is true.

I’m just sick and tired of reading about the importance of diversity while being marginalized – and knowing as much as I agree with conventional wisdom (like the fact McKinsey found organizations in the top quartile of racial diversity performed 35% better in terms of financial returns), the fact is that these programs don’t work as intended.

Of course, I’m just following the advice of Dr. Kira Hudson-Banks, who studies hiring bias and diversity programs at Saint Louis University, who writes that the most important way to address this issue is by bringing it up in the open. She writes:

“Be prepared for some harsh truths. Racial discrimination, tokenism, and the sense of isolation are common concerns. But if you don’t hear, acknowledge, and understand them, you can’t do anything about them.”

Which more or less seems to be the direction diversity initiatives seem headed unless we change the course – and conversation – around inclusion. Because no matter what terrible societal and historical problems white dudes were responsible for in the past, the fact of the matter is, that we are the diversity candidates of the future – and the exclusion has to stop.

Or at least, on MLK Day, a guy can dream, right?