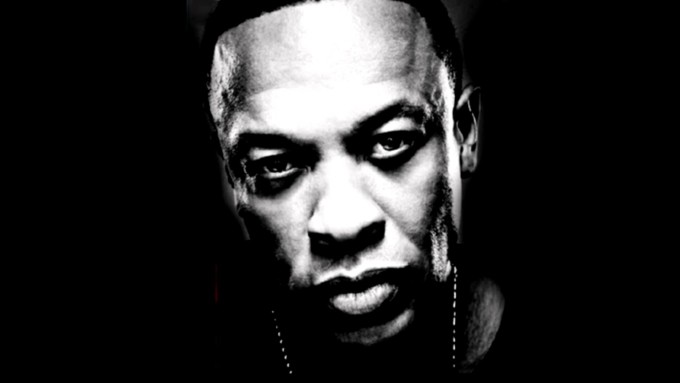 Human beings, as a rule, are pretty unique. We possess several key differentiators between our sentient selves and our seemingly omnipotent software driven counterparts increasingly intertwining with all aspects of modern life, personal and professional.

The most glaring difference between man and machine, of course, is something of a lost art – the ability to carry on a meaningful conversation with another person is something Siri might be able to imitate, but never really replicate.

Sure, we have SnapChat stories and Instagram and a million other places for us to swap the most banal of banter, to find some “trending topic” that’s completely asinine and even more ephemeral. But nothing out there even comes close to that formerly mundane, now all too esoteric exchange between two people commonly called “dialogue,” the kind of conversations we joined before we were all “joining the conversation.”

Where is this most evident? The wide world of recruiting my droogs, but if you harness some frontal lobe capacity you already know there aren’t many forums where sounding like dystopian Kubrick character are acceptable.  Maybe at the Taco Bell drive thru at 2am, but I’m not here to judge.

I’m here to share something I’ve noticed in my short(ish) time in the recruiting trenches.  I know it’s nothing no giant breakthrough, but maybe, just maybe, it’s the kind of thing that bears repeating, anyways.

Sure, maybe I’m a young recruiter still figuring out his ass from his elbow. But I’ve figured out this much: automated sourcing is a load of bullshit.

It’s not about the technology, nor the tools. It’s easy to forget what it really takes, but here’s a reminder in case you’ve gotten so caught up in the next thing to realize what this sourcing thing is still really all about. It’s about researching the right people. It’s about talking to them, with empathy and understanding. It’s about picking up the phone. It’s about the personal touch.

And when it comes to that, there’s no replacing recruiters with robots, no matter how much we all seem to be working to make ourselves utterly obsolete.

With the advent of the recent fanatical technological fervor in automation; we’re aiming to render certain processes, behaviors, and even jobs, adjustable, predictable, and measurable through software. As a sourcer, who tends to think he stays abreast of the latest trend and topics in the recruiting game, I see this permeating across the shark tank of independent software vendors vying for recruiting tool and software mindshare.

Automation can work for many things, many things that I use daily, but sourcing is not one of them.

You have click on things, a lot. Reverse engineer, backtrack, find patterns, figure out what sucks, who sucks and why.  Oh and deliver, you can’t just dive down the sourcing rabbit hole and come out starry eyed – results baby, don’t want them, need them.

Is it easy? No. Is it necessary? Yes.

Listen, I’m all for streamlining processes, reducing administrative efforts, closing candidate’s quicker and finding more qualified leads faster.  I’d be employing a serious case of cognitive dissonance not to want that in my job; but don’t color me confused when I say software is not the answer to the ole recruiting adage of sourcing quality candidates.

That takes a hell of a lot of elbow grease and moxie – and shit-fire if you can automate that.  Here’s the inherent issue – people who know their ass from their elbow in recruiting have been effectively sourcing, engaging and recruiting top talent through old fashioned cranial capacity. You know the ones who have been here since before “social?”

That’s right – using your common sense, and intellectual curiosity to do your job. Unfortunately, recruiting has passed through a crossroads where message spamming, candidate negligence, and inept understandings of requisitions have mired the modern landscape of the industry.

The bar has been set low, partly because we’ve perpetuated mediocrity, and partly because you can be hired and fired as an entry level recruiter fairly easily.

Automated Sourcing: The Next Episode.

As with any profession, there are good and bad practices, but my droogs, we’re learning that data driven insights, recommended “job matching engines,” culture fit or personality profile scores, and fancy visuals on a JD won’t make you a less shitty sourcer.  They’ll actually cloud your vision with false hopes and fluffiness that you don’t have to actually do anything of substance to fill a position.

These “automation” tools attempt to sugar coat the permeating realization that in order to be successful in sourcing, you have to be cognitive. You have to build your own voice and prose.  You need to have a nimble ability to adapt, to change, and recognize patterns as you go. To inflect rationale and intuition.  That’s sourcing.

You can’t always teach it, and you certainly can’t just buy it – you learn it.

Software can’t rival that.  It can help in by harnessing horse blinders towards a vertical or skill set, but you need to speak, interact and engage with talent. That won’t change.  You can’t simply “smartify” this process to work for you through analysis of buzzwords and data footprints – algorithms aren’t proponents of effective interaction and engagement.

It pains me that the most humanizing aspect of sourcing is trying to be reduced to a programmable trinket that shines bright for all the sourcing sheep to baa after.  In some light it’s recruitings own omission of apathy towards righting the ship – because hell, if I get my dials and messages out, or a manager’s reports do, then the job is done right? That’ll lead to a placement or two right? Well sure, you satisfy the powers that be and it’s smooth sailing.

Some engineers were smart enough, and timely enough, to develop software that could mimic sourcing practices without the perceived hassle of dealing with the middleman – the everyday recruiter/sourcer.  We’ve opened the floodgates, and allowed this wave of recruiting tech to combat our legitimacy.

We’re in G&A for god sakes, but our industry needs work. That’s apparent. Even to me.

And I haven’t been doing this all this long, but long enough to know if we don’t fix some obvious stuff, sourcing as a dedicated function is going to be short-lived.

All In A Day’s Work.

The fact is, if you are a true sourcer, you don’t need to send spam en masse, and you don’t need a pre-qualified repository of web data for generating leads. You have the interwebs at your disposal, after all. Do your homework upfront and you’re resourceful enough to engage top talent through old school direct messaging and relevant conversation.

Conversation is a lost art. Sourcing right behind it.

Much like artisanal trades, it takes time and man/woman hours to hone it as a specialty. Throwing software in the mix to remedy years of scorned recruiting practice is not the answer. Learn how source outside of LinkedIn.  Learn how warm someone up, don’t talk at them like a rejected Siri prototype programmed by a dyslexic Python Dev. Be human.  It’s not the sexiest trade in the world, but that’s why we should think about how we ended up in recruiting in the first place. Chiggity check yo-self.

The fact remains, you can’t take human interaction out of sourcing or candidate engagement – and if you do you’re attempting to fix something that’s not broken.  It needs a serious facelift, we can all agree on that, but it’s not broken.

We all want the next best thing, the newer version, the flashier, and the utterly irrelevant. Outside of the antiquated ATS, recruiting and sourcing doesn’t need automation.  All it needs is a modern system, some minutes, some wifi, and some self-resourcefulness.  Use your noggins, my droogs, and try not to overcomplicate the simplistic efficacy of being an OG sourcer.

It’s like playing old Barry White vinyl. Just because it’s old school doesn’t mean it still doesn’t work better than anything else out when it comes to talent attraction.

And that, my friends, is one thing I ain’t never never gonna give up.

About the Author: Zach Choquette is a Boston based startup recruiter with experience in both agency and corporate settings, all within the high technology landscape.

Like many modern gen Y recruiters, he never had dreams of filling reqs for a living, but landed as one and hasn’t looked back. He prides himself on continuous learning, his curiosity around technology, and an ability to hustle.