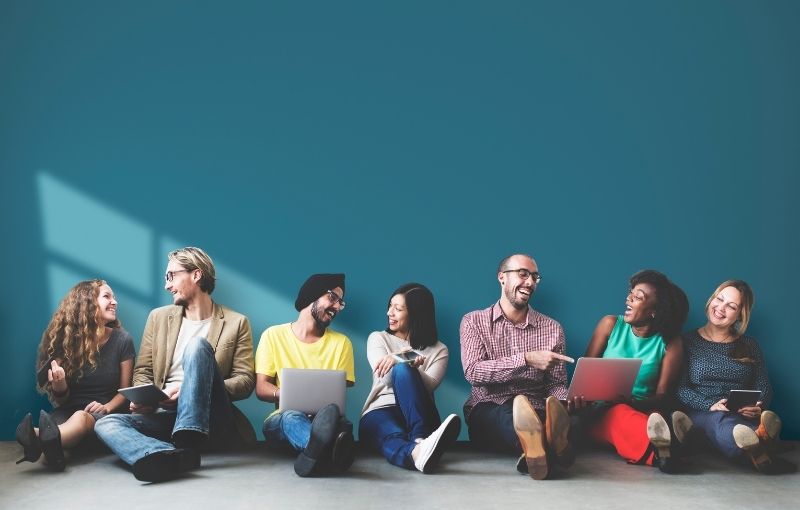 It’s easy to say that we are all doing our best to foster diversity and inclusion during hiring and within the workforce. However, the question remains: are our efforts towards diverse hiring truly successful?

Our unconscious biases are notorious for seeping through, despite our every effort to avoid them. We’re not perfect; we’re human.

DE&I Initiatives Have a Questionable History

It may come as no surprise that Diversity, Equity and Inclusion (DE&I) initiatives have often failed in the past.

In 2016, Frank Dobbin and Alexandra Kalev wrote in the Harvard Business Review: “Firms have long relied on diversity training to reduce bias on the job, hiring tests and performance ratings to limit it in recruitment and promotions, and grievance systems to give employees a way to challenge managers. Those tools are designed to preempt lawsuits by policing managers’ thoughts and actions.”

However, Dobbin and Kalev continue, “Laboratory studies show that this kind of force-feeding can activate bias rather than stamp it out.”

Keep in mind that DE&I initiatives were not as advanced in 2016 as they are now. With their constant evolution, we’re seeing a shift from archaic DE&I programs, such as ineffective training programs, and a move towards technology, such as ethical artificial intelligence (AI)in the recruiting process. While it is true that HR training programs can lecture on recognizing bias, the fact is that these biases are often unconscious. It’s next to impossible to avoid them.

By taking human bias out of the equation, ethical AI introduces the opportunity to identify candidates based on skillset in the initial stages of recruitment. After all, interviews can be intimidating, so it’s impossible to expect every candidate to represent themselves perfectly in the eyes of the recruiter.

How AI is Enhancing DE&I Initiatives

According to Naomi Benjamin for Forbes, “AI-based software platforms that are both data-driven and taught to ignore traditional prejudices rely on algorithms that prevent historical patterns of underrepresentation.”

AI allows recruiters to avoid unconscious biases by allowing machine learning to distinguish key skillsets during candidate assessments. Instead of focusing on the way a candidate sounds, speaks or looks, AI takes away the initial biases we all possess and allows candidates to represent their skills free of judgment.

Pair that with behavioral assessments, and you’ve begun the ascent to increasing diversity and creating a more inclusive workforce.

AI bias is something of a hot topic right now. Christina Animashaun at Vox notes that critics often argue, “Such systems can introduce bias, lack accountability and transparency, and aren’t guaranteed to be accurate.”

However, consciously avoiding biases and using pure data in order to build a recruiting system that fairly utilizes AI is something we’re seeing more often.

Take Knockri’s technology as an example.  It objectively identifies foundational skills in a candidate’s interview response and isn’t trained on human interview ratings or performance metrics.

While AI might be a newer technology being implemented in the recruiting world, know that it is on its way to helping us address and be more conscious of our own biases. By just focusing on the content of a candidate’s response rather than how they say it, AI removes our own influences and allows us to make the best decisions in hiring top talent.

Why Diversity is Essential to Company Success

Forbes notes that ethnically diverse companies are likely to outperform their less diverse counterparts by upwards of 36 percent, and that “having diverse teams introduces varying thought processes, perspectives and ideas.” Furthermore, according to a 2018 report by McKinsey and Company, ethnically and culturally diverse organizations are 43 percent more likely to experience higher profits.

Who wouldn’t want that, right?

David Rock and Heidi Grant of the Harvard Business Review write that diverse teams are more likely to remain objective, hold better accountability among teams and stay sharper with the tasks at hand. Being part of a company with a diverse team should, in essence, mean you are constantly bouncing ideas, seeing success and learning together as you grow.

Continuing to Foster Opportunities in Your Diverse Organization

There remains the conversation of ensuring your workforce continues to feel valued and is offered the same opportunities after recruitment. As a leader, it’s critical to keep this at the forefront of your responsibilities.

While we may avoid bias in the initial stages of recruiting with the help of technology and AI, it’s also important to consider how we avoid bias in our interactions with our workforce. Focusing on how you provide transparency and opportunities for those often discriminated against, such as women, people of color, those with disabilities, LGBTQ+ employees and more, is critical for continuing to foster DE&I initiatives.

However, starting from the beginning of a candidate’s experience as they come into your organization, then recruiting with a purpose to ensure DE&I, are great stepping stones to foster opportunities.

With the help of technology, allowing your recruiting process to give marginalized groups more opportunities is a great first move towards diversity.

Jahanzaib co-founded Knockri, an AI-powered behavioral video assessment tool that diminishes systemic bias at scale and improves diversity in talent acquisition. To date, Knockri has assessed over half a million candidates and increased diversity by 25% among its clients. Jahanzaib is often invited to share his thoughts on A.I., The Future of Work and Diversity at major events internationally.