A Guide to Hiring iOS Developers 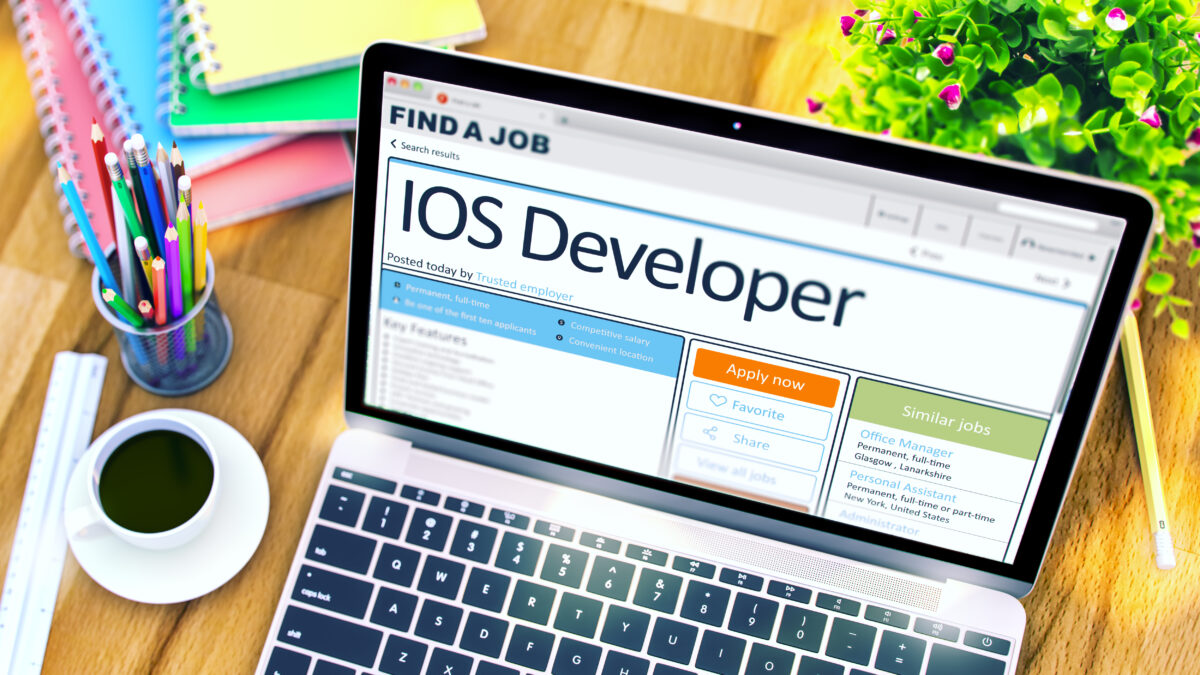 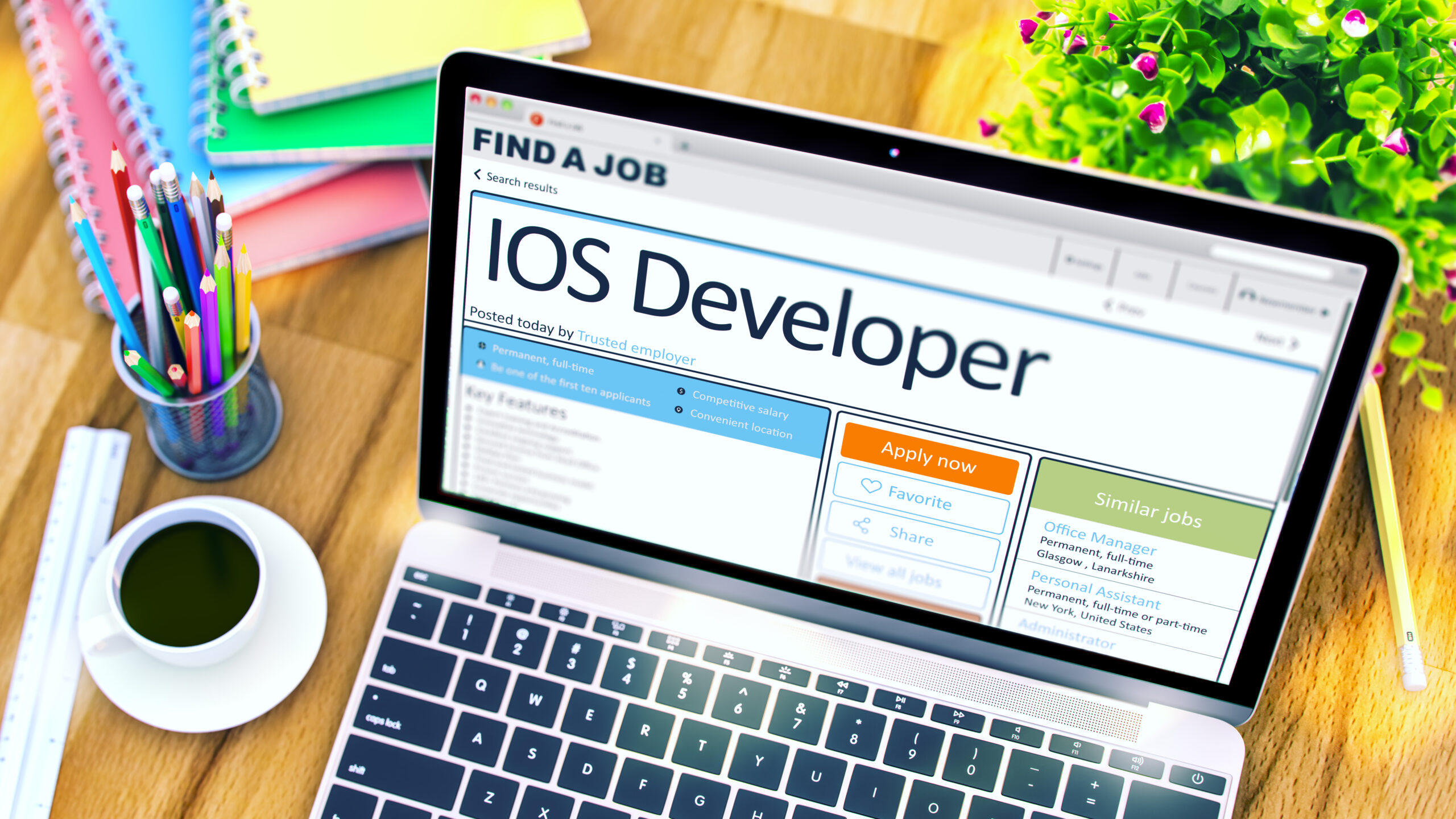 Where to Hire, How Much to Pay, What to Consider

The demand for mobile application developers grows year after year. iOS developers aren’t an exception. Sometimes it’s very hard to find and recruit the right person who’d become an effective member of a project or a team.

In this article, I’ve tried to give you more understanding of a candidate’s skill set (if you don’t yet know), possible hiring options, general things to consider, and more.

I suppose it’s useless to list the desired skills of developers by their seniority level since chances are the requirements will vary from company to company. Let’s just talk about the basic skills each iOS developer should possess.

So, the candidate has to be experienced with: 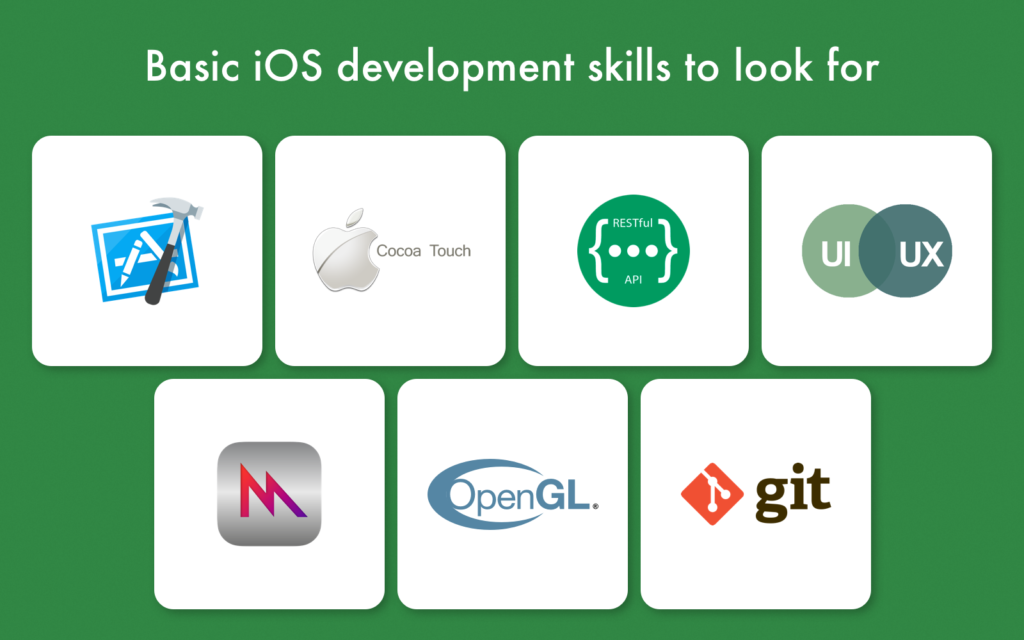 What hiring options do you have?

There are three and you all know them:

The right question to ask is what objectives does the company follow having decided to hire a developer?

Let’s now consider the pros and cons of each option so you could understand which one corresponds to those objectives most of all.

Pros and cons of hiring a freelance iOS developer

There are dozens of specialized websites where you can find different kinds of freelancers. Good old LinkedIn also works fine.

Pros and cons of hiring a full-time iOS developer

Underneath, I’ve listed things you should know about the pros and cons of hiring full-time mobile app developers.

It’s often the case companies hire outsourced teams for side projects or if they haven’t much time for recruiting suitable candidates.

What to consider to hire a perfect candidate

I hope you settled the question with hiring options. Let’s know look through some basic points related directly to searching for a suitable candidate.

If you’re looking for the iOS developer who’d build a product from scratch or join the team, it’s better to pay attention more to expertise rather than experience.

What does it mean? If the company works in the real estate field and the candidate has 10+ years of experience in healthcare, it’d be preferable to consider other candidates before making a final decision.

Ask the candidate if they have a portfolio to show. For iOS developers, the portfolio might be the list of applications they were working on and which are released on the App Store.

If it was decided to hire a freelancer or an outsourced iOS development team, you have to discuss the communication and task management tools you’ll be using. They can be Skype, Slack, Jira, Trello, and a bunch of others.

According to Glassdoor, the average salary of iOS developers in the US is $107,829/yr. 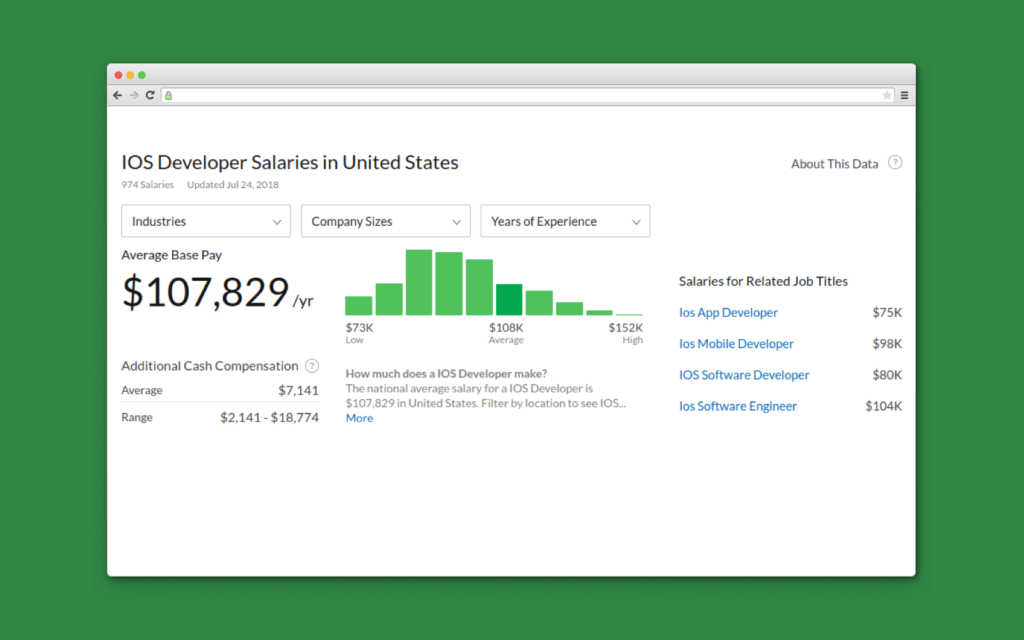 In case you’re more interested to hire a freelancer, Codementor suggests that the average hourly rate for iOS development ranges between $80 and $100 per hour. 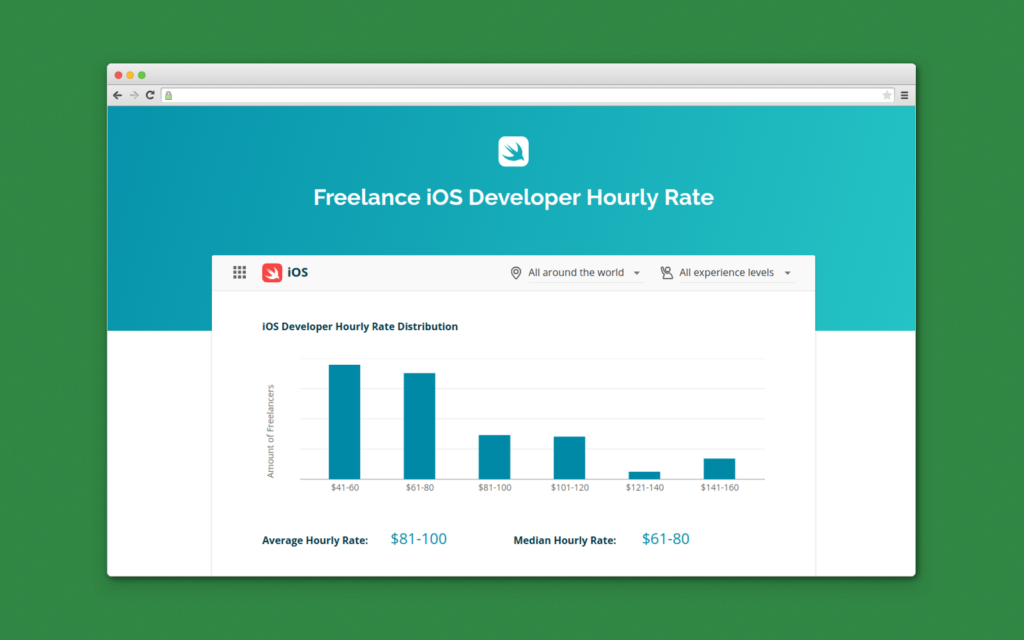 However, this is the average value for the whole world. In some regions, this rate is considerably lower. For example, $61-80/h in Eastern Europe and Latin America.

Talking about the option of hiring the outsourced iOS developer, rates pretty much depend on the country where one or another vendor is situated. I’m attaching the map with approximate prices below. 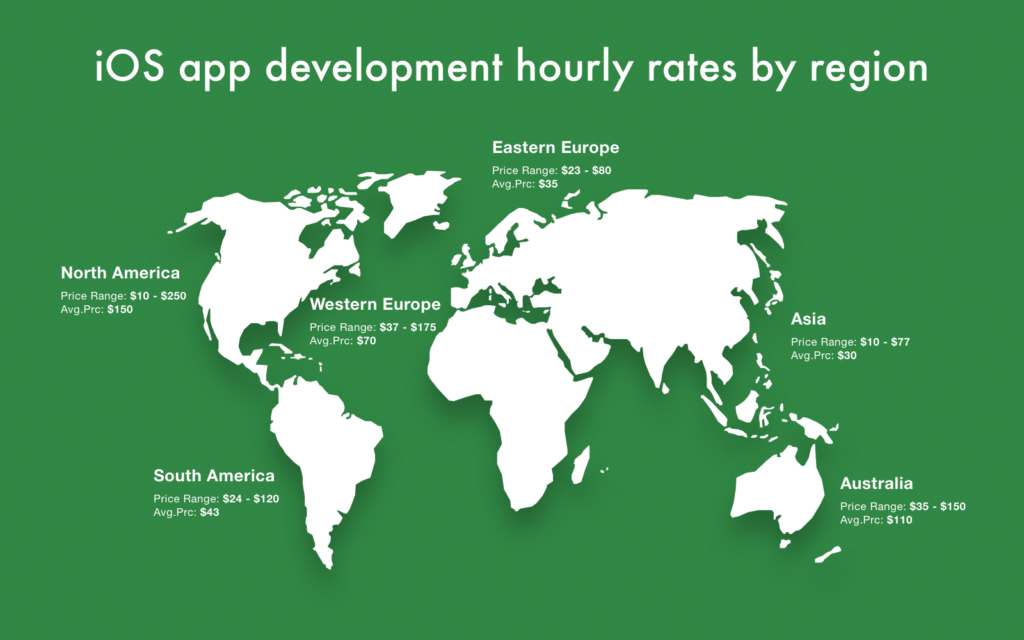 As you can see, there are a lot of options for hiring iOS developers suitable for various budgets and objectives. Everything you need to know is what kind of work you hire the iOS developer for and will it be long-term or short-term tasks.

Sergey Lypchenko is a technical writer at Cleveroad. It is a web and mobile app development company located in Eastern Europe. Our main goal is to develop first-rate and competitive software for our customers. My mission is to provide people with interesting material about innovations in the world of IT.

1 thought on “A Guide to Hiring iOS Developers”