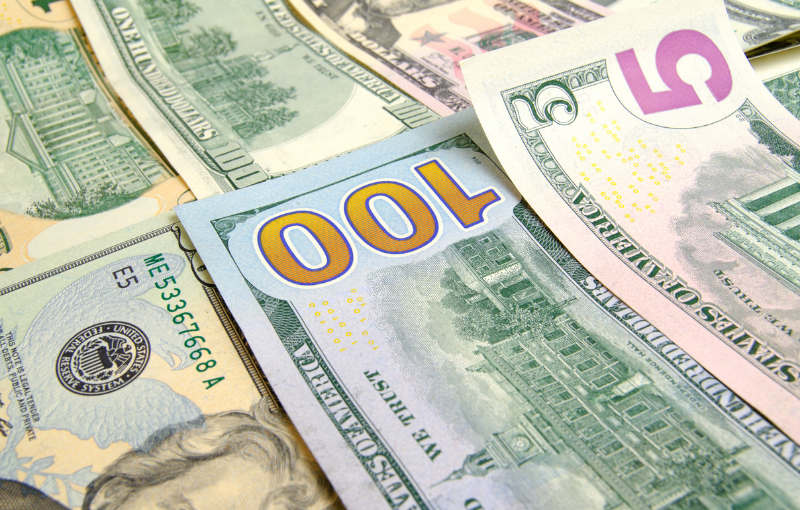 An estimated 78% of the US population currently lives paycheck-to-paycheck. This was a stark number pre-coronavirus, and the global pandemic has only heightened the economic stresses many Americans face.

Let’s revisit the opening to this article and really think about the fact that nearly 80 percent of workers in the United States were living paycheck-to-paycheck before coronavirus hit.

It paints a clear picture of ever-present fiscal stresses and issues with spending and savings. This includes hourly workers and salaried employees, many of whom, on the surface, may appear to earn enough to live comfortably.

Consider these statistics: Just over 28% of employees currently earning $50,000 to $99,999 a year live paycheck-to-paycheck, and 70% of them are in debt. One out of every 10 workers earning $100,000 a year or more lives paycheck-to-paycheck. A quarter of workers cannot set aside any savings. Three-quarters of workers are in some form of debt.

With these situations in mind, fintech companies worldwide have endeavored to alleviate unnecessary financial hardship and promote economic well-being.

And that is why EWA – or Earned Wage Access as our industry commonly refers to it – is considered the way of the future. The way of the modern working world.

What EWA is and What it Isn’t

In short, Earned Wage Access platforms allow employees to access their accrued wages before payday. An employee can access and withdraw already-earned income immediately, allowing them to better manage their finances and use funds for recurring monthly payments.

EWA isn’t a magic solution to an employee’s financial burdens. And it shouldn’t be positioned as a quick fix. But it definitely can go a long way in helping people better manage their day-to-day finances.

As most employees’ main worry is ongoing cycles of debt because of late or missed bill payments, having access to income on-demand each week can offer much-needed help and create a foundation for long-term financial well-being.

Most importantly, it can alleviate the all-too-common practice of predatory lending, perpetuating cycles of debit and fiscal hardship.

The Key to Recruiting Strong Talent

So, as professionals who recruit and source talent, why should you care about EWA?

Because today’s workforce wants it. And in a competitive job market, employer-sponsored financial benefits can be the key to finding the next star employee.

Consider the fact that, according to The Workforce Institute at Kronos Incorporated, three in five employees think they should not have to wait until their scheduled payday to access their earned wages. That’s 61% of employees surveyed.

Regarding recruitment efforts, 74% of employees who participated in the same survey said they would prefer to work for an employer that offers financial planning, budgeting, and savings tools over one that does not.

Ultimately, as companies vie for talent, EWA is an increasingly important part of the recruitment equation. Having this benefit listed on a job description could help you get the person you need in the interview chair or on a Zoom call.

Simply put, the top talent in 2021 wants liquidity. They want access to the money they have earned when they need it, and being paid twice a month isn’t cutting it. Today’s world includes unexpected expenses, rising costs of living, and declining benefits. To truly rise above your recruiting and talent management counterparts, innovation must be at the forefront of your efforts, and EWA should be an important tool to help you achieve your goals.

In addition to more frequent access to earned pay, another issue raised by workers across the United States is their lack of budgeting knowledge and access to tools to help with money management. An estimated 32% of employees had a budget in 2019, a staggering figure given the importance of saving for short- and long-term expenses.

With this in mind, a number of EWA platforms have introduced extensive budgeting and savings tools to their platforms. These tools include useful functions such as alerts that warn users when they are spending unusual amounts or flag potentially fraudulent activity when it occurs. And having access to these tools could be the difference between falling into debt or remaining financially sound.

Considering that 48% of US employees say their financial worries are a distraction at work, EWA is clearly an important factor in attracting and retaining an engaged and productive team.

Why Understanding an Earned Wage Access Funding Model is Essential

Thirty-six percent, or more than one-third of employed Americans, rely on their employer for financial assistance programs. This has made earned wage access solutions increasingly popular. From an employer standpoint, how the programs are structured, however, is important to examine.

More recently, the funding model of an earned wage access solution has become increasingly important for employers and employees. Most providers are adapting their models to ensure their on-demand pay platforms are not an extension of credit. This is in direct relation to the Consumer Financial Protection Bureau’s recent advisory opinion.

In the wake of this advisory opinion, many earned wage access solutions are being forced to quickly change their models – particularly those that held employees liable for overspending on their accounts or charged fees to access wages early.

It’s clear that EWA platforms can be a fantastic tool for recruitment.

Ultimately, this tool may be the difference between employees sinking into debt and building a solid financial future. And the direct benefit for the employer in terms of employee retention and motivation is substantial.

Through the adoption of earned wage access programs, companies and their hard-working employees can benefit from increased financial wellness and eliminate the stresses that keep them from realizing their full potential while on the job.

Brian Brinkley is CEO of the issuer processor QRails and its earned wage access product, AnyDay. Among his many industry accomplishments, Brian is credited as a Google Wallet co-founder. He has been a key member of the QRails leadership team since 2019 and was named a Top 25 Financial Technology CTO by The Financial Technology Report in 2020. As CEO, Brian leverages his payments and technology expertise to drive the success and delivery of AnyDay. Prior to joining the QRails team, Brian founded Zave Networks, which was devoted to digitizing coupons and loyalty rewards programs. It was acquired by Google in 2011. He went on to serve as CTO of Zavers by Google/Google Wallet and is one of the first people to implement a SaaS solution leveraging the Google Wallet Cloud.