Membership
Home / Articles / Unscientific Assessment: How To Use Phrenology for Screening and Selection

Unscientific Assessment: How To Use Phrenology for Screening and Selection 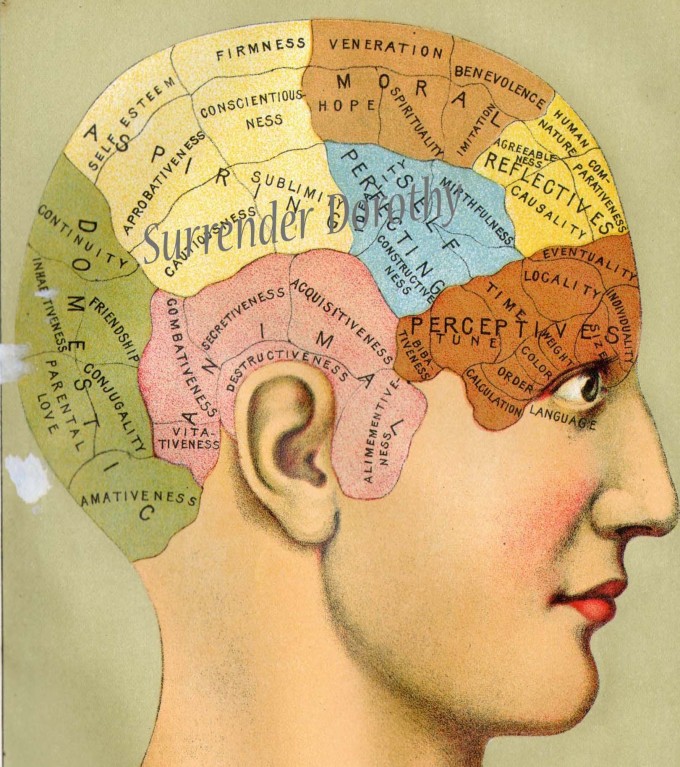 I’ve been working on some posts recently about recruiters and superstitions, since there seems to be a recurring supernatural theme oddly prevalent in most recruiters’ mostly mundane routines – for example, shivers down your spine could merely mean you’re cold or uncomfortable, but it could also, in fact, mean that a backdoor placement was just made at your expense. That sounds crazy, but I’ve actually heard that before, and decided to do a little digging to see what body-related responses, in fact, can tell you about a person.

My research uncovered some weird and wonderful ideas about how to read into physical phenomenon to figure out what someone’s really all about, or what we in this industry refer to as shortlisting, screening and selection. Most of these ideas, of course, were total rubbish, but so too is the pseudoscience being peddled by most of the vendors operating in the assessment space today, too.

I was recently chatting with the lovely Stephen O’Donnell about this, and he mentioned the lost Victorian art of Phrenology, otherwise known as Cranioscopy, which found popularity and mainstream acceptance as a legitimate science at approximately the same time medicine thought all ailments could be cured through a combination of leeches and laudanum (the latter sounding far more appealing).

For the uninformed (or scientifically minded), phrenology is the belief that an individual’s character and mental capacity could be determined by interpreting their cranial structure – in other words, reading the bumps on a person’s head to assess their true potential (or lack thereof). That’s how we get the phrase, “having your bumps felt,” or even “bump it out.”  This absolutely tickled me!

As a recruiter myself, I absolutely understand that recruitment practitioners are often overwhelmed by “talent” (so-called) whose greatest attributes seem not to lie in literacy, since none appear to actually read a job description, but rather in clicking apply as many times as possible for every position imaginable. This muddies the waters a bit, but that’s why we’ve developed a litany of psychometric tests designed to weed out these degenerates and spot the real stars.

I also appreciate that if I were to speak with 10 recruiters right now, all would offer a different silver bullet for assessing and selecting candidates, and all of them would boil down to more or less one word: intuition. Because gut feelings are everything in this industry, or were, until that pesky big data business came along.

But should we be trusting our instincts, or is there a better way to find the diamond in the (very) rough of candidates and applicants?

I Want You For Your Mind

Obviously, the scientific validity of phrenology was disproven around the same time as trepanning and eugenics fell out of favor among the scientific establishment, but now, 100 years on, we’re addicted to another kind of pseudoscience: data.

TripAdvisor, Glassdoor, LinkedIn, Facebook, Twitter and every system or software suite out there is generating reams of numbers, which, like bumps on one’s head, must mean something by virtue of their very existence, right?

Even our clients in recruitment are addicted: the more data, the better, even if that has to be gleaned from more resumes or CVs than needed, multiple interviews that are utterly unnecessary and print outs of numbers that prove nothing more than recruiters, in fact, are competent enough to use Excel.

Analytics, metrics, call it what you want, it’s a numbers game, but while we’re all playing along, it doesn’t seem anyone actually knows the rules.

Adding to this increased focus on data is the science of psychometric assessments, which have come into vogue due to the same belief in the infallibility of numbers, which, as any pollster or analyst can tell you, do indeed lie.  But so too did science when it told us phrenology was legitimate, and we haven’t progressed all that much, apparently.

The science of psychometric assessment concerns itself with the objective quantification and measurement of skills, knowledge, abilities, attitudes, personality traits and other means of putting hard numbers around what we call “soft skills.”  Psychometrics are often confused with personality profiling, which is in itself simply a subset of the broad range of tests and assessments being wheeled out for recruitment and staffing.

The demand has increased in the past decade or so with the advent of “modern” recruiting, which seeks to go beyond the resume or CV to find out as much as possible about an individual to minimize risk while maximizing recruiting ROI.

If I can, I’d like to quote the aforementioned Mr. O’Donnell:

“In a time when employers are hiring as much for cultural fit and potential as for qualifications and hard skills, the prevalence of psychometrics is much more evident, especially in larger organizations.”

So, are psychometrics just another pseudoscience, or are these mainstream methodologies a legitimate way to assess and shortlist candidates?

A Better Way of Spotting Talent: 10 Steps to Screening Success

What can we learn from our ancestors and their bumps, which were, at one point, as de rigueur among the scientific establishment as the Wonderlic or Myers-Briggs are today?

If you’re lucky enough to do a lot of in-person interviewing, then try these (obviously serious and factual) tips for spotting talent.

Follow these steps for forgetting science and getting back to our roots of trusting both intuition and superstition? It’s far more easy, and far more entertaining.

So, who needs background and reference checks?  Forget psychometric profiles; meh!  Yes, perhaps global organizations and the world’s biggest brands like Penguin, Random House, American Express, Hilton Hotels, Coca Cola and others seem to be getting on gamely with Stephen’s psychometrics as part of their process; surely your firm would find better success feeling bumps or even reading tea leaves.

Time to roll up your sleeves, slip on those latex gloves and start examining your candidate’s nonverbal clues – in other words, their bodily features and superficial characteristics – because not only is it more fun, but we all want to figure out how to get a better read on candidates without doing any of the unnecessary, boring old scientifically validated screening methodology. Wait a minute – that sounds a bit like diversity hiring, now that I think about it, but I’ll leave you Americans to that bit of nonsense.

PS: I’m known for being sarcastic, but if you can’t spot the irony in this blog, then you win a pair of rubber gloves. Someone needs to clean up this stuff. 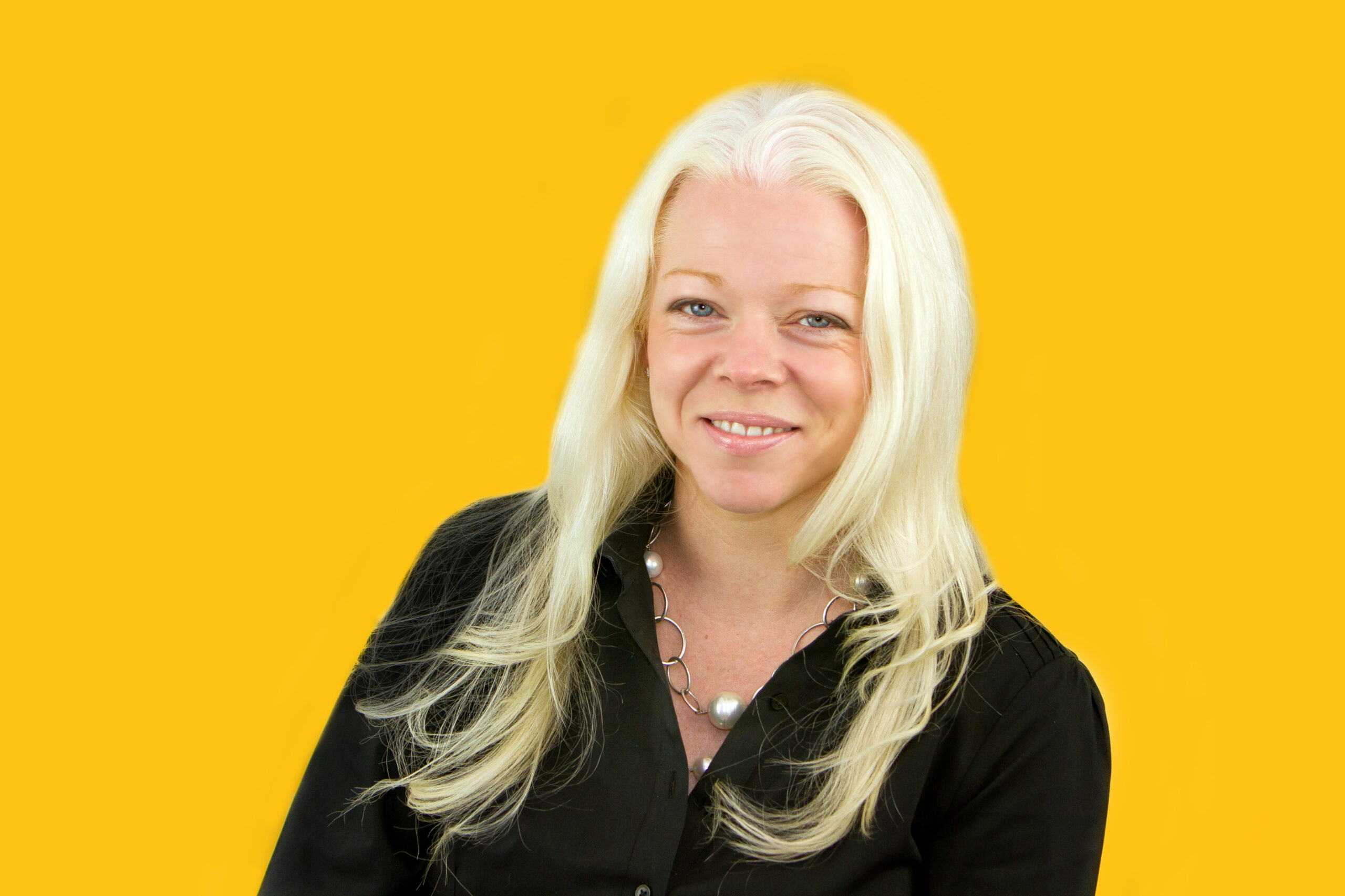 About the Author: Lisa Jones is a Director of Barclay Jones, a consultancy working with agency recruiters on their recruitment technology and social media strategies. Prior to Barclay Jones. Lisa worked in a number of Recruitment, IT, Web and Operations director-level roles. She is a technology and strategy junkie with keen eyes on the recruitment and business process.

You’ll see Lisa speaking at many recruitment industry events and being a recruitment technology and social media evangelist online. She works with some of the large recruitment firms, as well as the smaller, agile boutique agencies.