5 Unconscious Biases That Every Recruiter Needs to Recognize 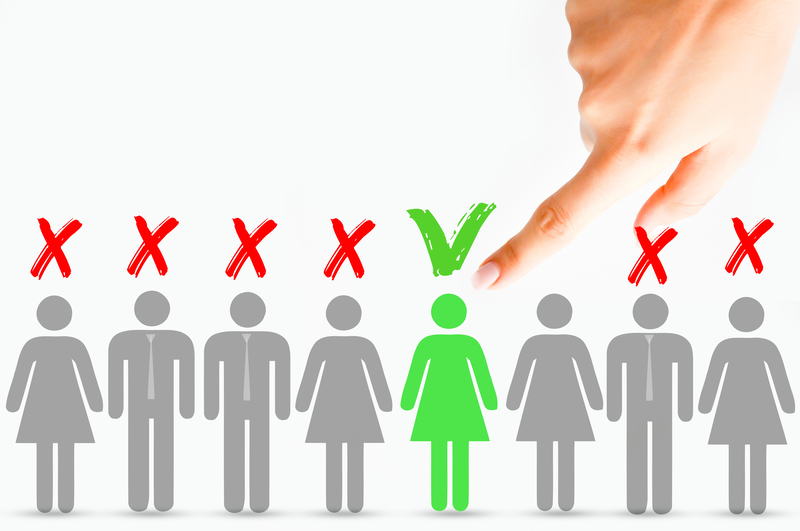 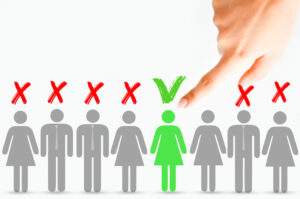 Eliminating unconscious biases in the hiring process makes sense on so many levels.

Companies need to look no further than quashing discrimination and the potential for legal action. Many countries have equal opportunity laws, mandating that recruiters do not consider race, gender, age, or religious beliefs when evaluating and hiring candidates for an open position.

Simply put, waltzing around the law has its own stiff set of consequences. Justified or not, lawsuits cost money and create public relations nightmares.

On the inside, most companies desire a diversified workforce. The idea is to hire people of all backgrounds and makeups, as long as they’re qualified.

Subliminal tendencies often discard the right candidates and bring in the ones that hiring managers have some type of affinity for. Leaning toward preconceived notions of what the ideal recruit should be spells trouble.

Bad hiring decisions also cost money, not to mention the adverse effect those choices have on workplace chemistry and efficiency.

With all this in mind, recognizing specific biases in recruitment (aka, unconscious biases) and seeking to remedy them helps promote sound hiring practices and avoids undesirable circumstances.

1 – Effective Heuristic (aka, don’t judge a book by its cover) 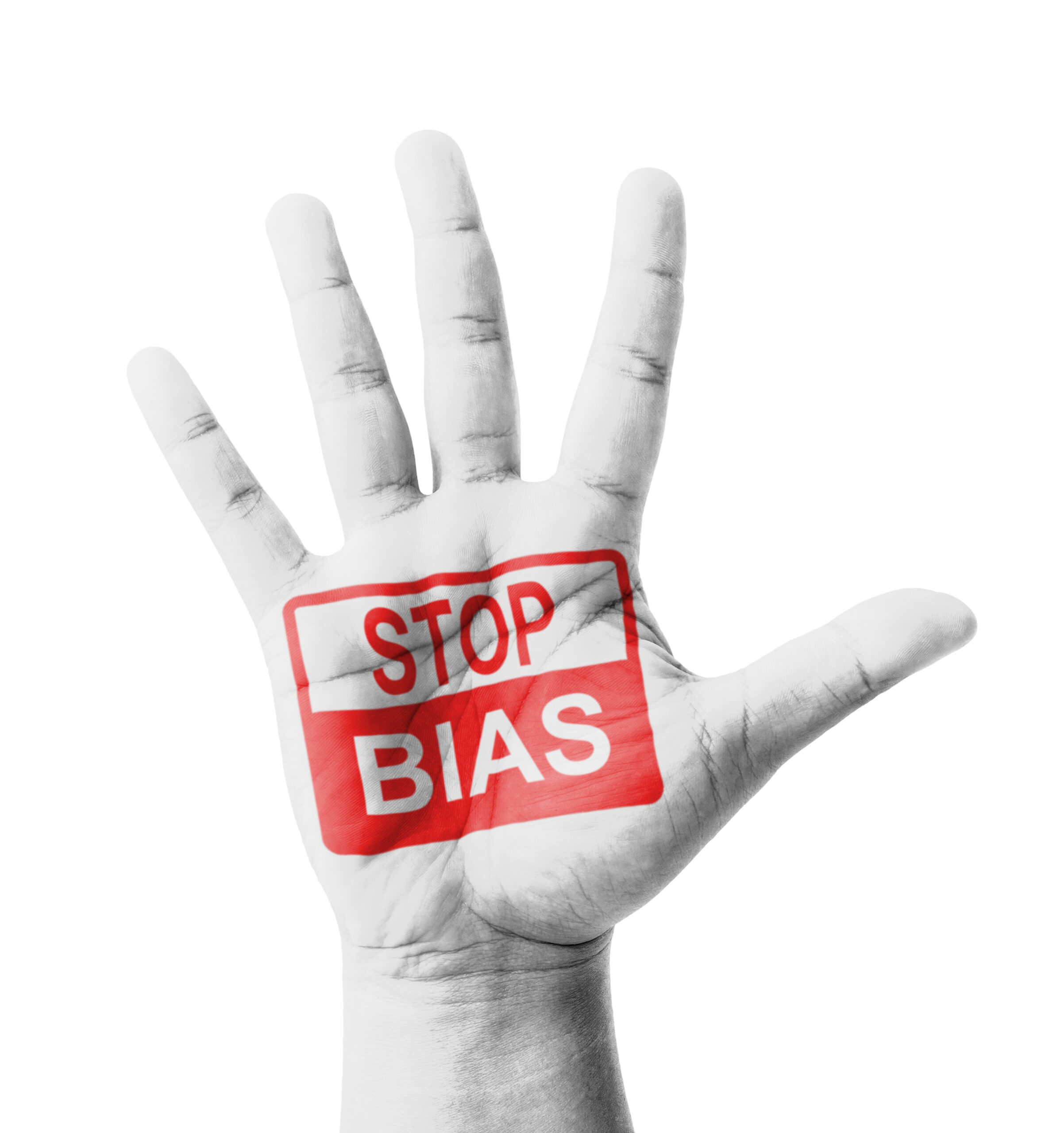 While it may be a mouthful, Effective Heuristic its underlying meaning is quite simple and maybe reflects the most obvious bias.

It can be summarized quite succinctly: Don’t judge a book by its cover.

It’s 2018, and people express themselves in many ways. Interviewees with pink hair or body piercings might not represent the majority of folks who walk through the door but it doesn’t mean they can’t do the job. Dismissing a candidate based on a personal sense of style, albeit quirky, is the wrong move.

Solution? Keep the interview the same for everyone. Develop standard questions for each candidate and don’t stray from the formula. Make judgments based on the quality of the answers. Implement an objective grading system in which each answer is assigned a value and total those values.

Objective measures cast off any bias fostered by the sullied “first impression” slant.

Most hiring managers are good at what they do. They must be. No one typically gets to decide who stays and who goes without having a solid skill set themselves.

Unfortunately, no recruiter makes the right hire every time — even though they think they might.

The overconfidence effect assumes that even people who believe they’ve made the right choice 80 percent of the time never achieve 80 percent accuracy in their decision-making. Subjectivity clouds their judgment and chips away at certainty, whether the interviewer realizes it or not.

The solution? Maintain objectivity. See how well a recruit performs a job-related task before the interview and use those results to determine who moves on to the next round. 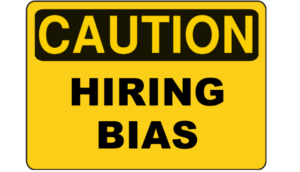 Many high-volume, high-turnover companies use brief, online psychometric tests to screen out a certain percentage of applicants. These challenges uncover a candidate’s personality traits and cognitive skills that predict the likelihood of success in a given position.

“I like this person. We went to the same school and we both despise the New England Patriots.” For many hiring managers, that’s all they need to know.

The “similar to me bias” breaks down some walls but doesn’t necessarily result in the selection of a qualified candidate. However, interviewers exhibiting this bias favor recruits who share the same gender, casual interests, or socioeconomic status.

And the phenomenon doesn’t just extend to the old boy network (example: women’s organizations that favor women, etc.). It’s the path of least resistance and won’t lead to the optimal hire most of the time, but it feels right and requires a lot less introspection.

The solution? Blind auditions. Software solutions have been developed to eliminate the chance that race, age, gender or education factor heavily into the hiring decision. These applications don’t supplant the actual interview, but rather focus on skills needed to do the job.

Companies would be wise to pay heed, especially when it comes to gender bias. A Gallup study involving U.S. retail and hospitality businesses revealed healthier bottom lines in organizations with equal proportions of males and females. 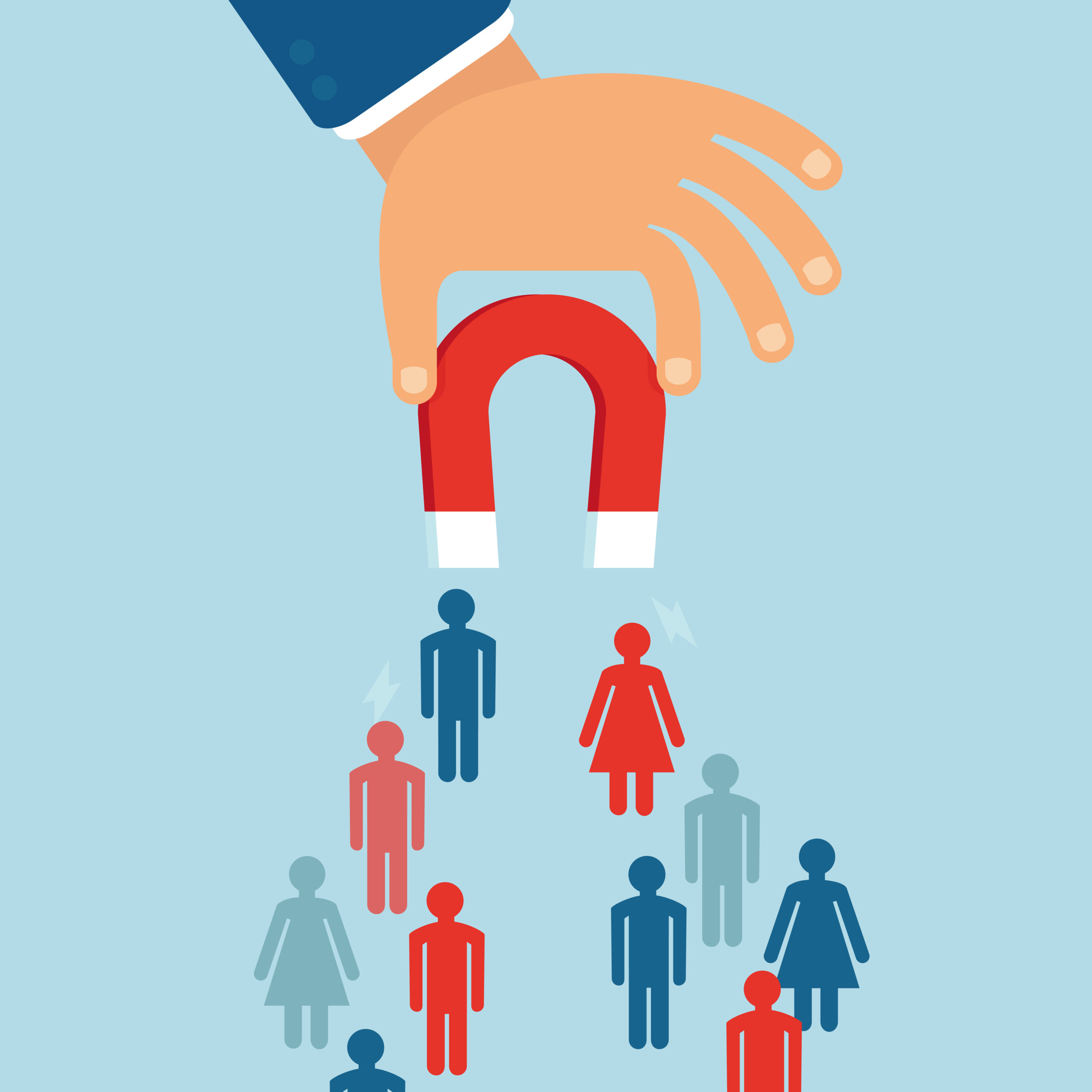 It’s trite but true. Some recruiters think the process works fine because “this is the way we do things around here.”

Getting sucked into a programmed school of thought risks subscribing to organizational biases that could disregard many qualified candidates. Bucking the system and touting the need for change does not often sit well with hiring managers who feel securely nestled in the status quo.

The solution? Promote diversity. When companies set expectations for diversity in the workplace, the economic benefits abound, as do employee engagement and satisfaction.

Businesses that set diversity goals send a positive message to prospective and existing employees. It shows a commitment to a fair and just work environment in which any skillful, dedicated worker has a chance to flourish and advance.

5 – Intuition as a hiring technique

Interviewers trust their instincts, aka, their intuition. That’s fine when it comes to booking the right room for the interview, but intuition doesn’t work so well when recruiters “feel” they’ve chosen the ideal hire.

Intuition is rife with partiality and irrationality — emotions which don’t belong in an unbiased selection process. But separating the person from the personal proves to be a daunting task.

The solution? Education cures a lot of ills.

Conquering the unknown begins by confronting it. All human beings, by their very nature, allow their humanity to interfere with their reasonability. One method of overcoming inclinations involves training HR personnel in recognizing and mitigating the problem.

Harvard University’s implicit association tests are used by companies such as Google to raise employee self-awareness and manage unconscious bias.

Big Data to the rescue?

Data-driven hiring approaches fill in the spaces that biases create. Without measurable information, recruiters are left to make decisions based on emotion. Outcomes diluted by even a speck of partiality can have disastrous results, both tangible and intangible.

Companies can face costly, protracted legal battles and brand can be tarnished inside and outside the organization. This is where logic comes to the rescue. Technology puts all the players on a level playing field, minimizing risk (and unconscious bias) for the company as a whole.

As sample sizes grow and algorithms adapt, data analytics pokes rays of light through the clouds of human error.