Recruiting data for the greater good 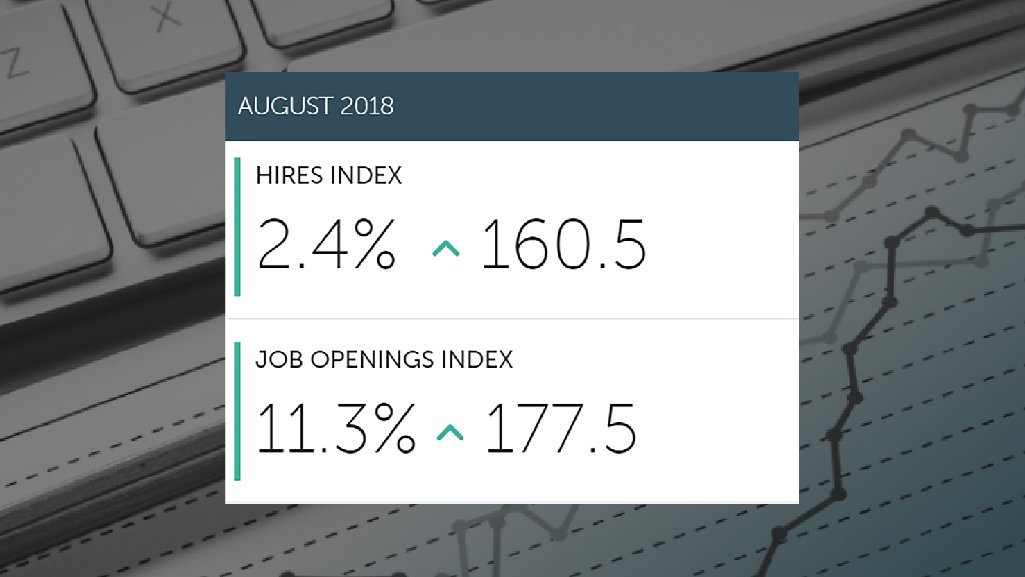 Some of our society’s greatest strides come when the private sector innovates on the back of foundational work by the public sector. The HR profession stands on the precipice of making just such a contribution right now.

For an example of the underlying principle, consider the massive shift toward an online economy, as Internet service providers – from Comcast to Amazon – expanded and elaborated on the networks built by the U.S. Defense Advanced Research Projects Agency in 1973.

Or more recently, as private aerospace companies such as SpaceX and Blue Origin participate in a modern-day space race – but only because NASA’s discoveries enable them to.

What’s the next new thing? For a few years now, HR professionals have been looking forward to a future in which employers make smarter hiring decisions. Slowly but surely, that new world is coming into view, as recruiting software providers use their troves of hiring data – such as iCIMS through its Monthly Hiring Indicator – to supplement and enhance the information provided by the U.S. Bureau of Labor Statistics (BLS) since 1884. This brave new world is coming not a moment too soon, as the BLS faces significant funding constraints that limit its ability to adapt its work to the changing nature of the U.S. economy and U.S. workplaces.

Where the Public Sector Leaves Off…

After adjusting for inflation, the budget for the U.S. Bureau of Labor Statistics (BLS) shrank about 5 percent over the last 10 years. Over that same period, the overall federal budget posted double-digit growth. Say what you will about retiring baby boomers driving up entitlement growth, but this discrepancy stands awkwardly next to our national soul-searching about changes in the workplace, economic inequality, and the nature of work itself. A proposal to conserve resources by moving the BLS to the Commerce Department could yield some benefits, but also risks providing cover for outright budget cuts.

No doubt the limited funding is why, despite years of hand-wringing about the impact of Uber and the rest of the gig economy, there was a 12-year gap between the BLS’s last two surveys of contingent work, and the 2017 version added only four questions to the 2005 version. It took another 12 months to compile the initial results, and then another three months on top of all that to report on the few new questions focused on online platforms.

“To adjust temporarily, the BLS has slowed improvements and left vacancies unfilled…,” wrote Erica Groshen, the bureau’s commissioner from 2013 to 2017, in a cautionary opinion piece for The Wall Street Journal last year. “…Leaving the BLS short-handed risks serious errors or delays in its statistics. It hasn’t happened yet, thanks to the BLS’s dedicated staff, but sooner or later it will.”

“Academics, think tanks, professional associations and state and local officials have tried to raise a ruckus on behalf of the BLS and other statistical agencies,” Groshen wrote. “But what the agency needs is the clout of the business community behind it. CEOs should stand up, before it’s too late, in defense of the information we all need to sustain America’s economic vitality.”

… the Private Sector Hopes to Pick Up

Even with adequate funding, however, the BLS’ method of data collection simply isn’t set up to capture the same information as HR technology vendors. While the agency mostly relies on survey data, recruiting software providers generate and collect what’s known as administrative data – official records of actual hiring activity. For instance, iCIMS captures actual hiring decisions for individual jobs and job candidates (whether successful or otherwise).

Using this administrative data, iCIMS has launched a new Hiring Indicator, a monthly gauge available to employers that measures job openings and new hires, based on 75 million job applications and 3 million jobs posted per year by more than 4,000 customers, reflecting a broad swath of the U.S. economy.

Released days ahead of most major labor indicators – including the BLS’s flagship monthly jobs report – the iCIMS Monthly Hiring Indicator provides advanced signals of U.S. hiring activity and job growth based on a painstakingly tested set of the company’s proprietary data, which has a strong correlation to the bureau’s data. Combining breadth of coverage and timeliness of release, the iCIMS Monthly Hiring Indicator offers value to job-market watchers of all stripes, including employers, economists, and journalists.

The iCIMS Monthly Hiring Indicator should serve as one of many tools used by employers to get a full picture of the hiring landscape. Ideally, they should seek comprehensive data that includes information on candidate profiles, job postings, hiring decisions, and metrics that track employees’ performance, plus the ability to analyze the data in a granular, yet anonymized way.

Despite the growing need for the aggregation of so much hiring data, any near-term prospects for consolidation remain elusive. Without knowing whether that time will ever come in the future, employers will need to consult multiple sources, such as iCIMS for job openings and new hires, Indeed for candidate searching behavior, and Glassdoor for candidate and employee reviews. The only truly unifying source is the BLS. HR professionals clamor for data from their vendors all the time; they should clamor at least as much for the BLS.