Membership
Home / Articles / Pounding the Pavement: Experiencing the Candidate Experience As A Recruiter

Pounding the Pavement: Experiencing the Candidate Experience As A Recruiter 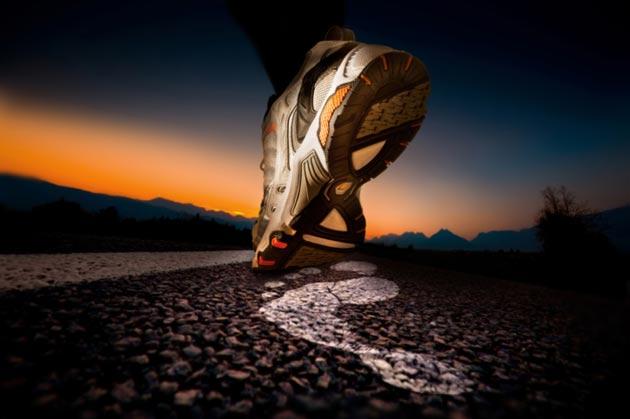 I have not been without a job since I was 16 years old. I have done more than my share of things for the paycheck, from bagging groceries to being a valet. It gave me such insight into the world of people who work in the service industry. This has affected not only how much I tip but how I treat the Starbucks Barista or the dude hauling my luggage at the airport.

I treat them with with respect and as individuals doing some really difficult jobs.

Working in the service industry has been some of the most difficult and worst paying work I have ever done. I am still grateful for the chance I got to do it, as it not only helped pay for my 1989 Toyota Camry but made me a better person.

It helped me to be in the shoes of the person in the drive-through when ordering some Wendy’s or the overloaded airline hostess struggling to make a bunch of cranky people happy.

Recruiting Soles: A Marathon, Not A Sprint.

My current tenure is coming to an end in the next 2 weeks. 2 years helping grow a company, putting my blood and sweat into making a firm get the best talent. I helped to grow 3 new offices from scratch, I helped to make over 160 new hires in one year all while lowering cost per placement. I am very proud of all the work I did here, but, it’s over.

I don’t think I have looked for a job since early 2003. Everything I have had since then, with one exception, came from a connection. The exception is me looking for something outside the rubric of technical recruiting. That was a six month gig I found via LinkedIn working in the biopharma industry and, truth be told and I didn’t love it.

So, I picked up the phone and called someone who I knew would hire me in 30 seconds. 2 weeks later I had my tush ensconced in a new role.

As Bob Dylan sings, “You don’t need to be a weatherman to know which way the wind blows.”

I started looking about a month ago. I am only 2 years in my current geographical location after a full move across the country. My network here isn’t as strong. It was still my first stop, though. It’s what I advise candidates when they ask me for advice, so how could I not do the same?

Then the word came down, it was time for me and the current company to smile and part ways. Still sucked, even though I knew. I like to go with preparing for the worst but still hoping for the best. Well, I had been sending 2 resumes a day and getting about 1 interview a week. I had only one phone screen make it to the in-person stage. I at least got a call back thanking me for coming in.

My advice to candidates who come to me is when you’re looking seriously, you need to treat it as a job. 10 resume sendouts a day, 5 to jobs posted and 5 to places you’d like to work. Make every resume fit the role and make the cover letters unique. They shouldn’t be a rehash of the job or your resume, but highlight points of both.

Even mention something to show you researched above and beyond the companies name and posted job. Well, I did that, too.

Running Down the Recruiting Dream

Yet, here I am 2 weeks later, with maybe about 15 phone screens. Some were because someone I knew recommended me and some were from sendouts. I don’t feel close to anything. What I do feel is rather frightened. Like many Americans, I am paycheck to paycheck. We can make it go a bit longer but… the thought is painful and scary.

We’ve cut out all the extras until I find something. I know it will happen but I am filled with fear. I try and conquer it by sending out more resumes, calling connections even further removed and following up with places I have screened.

I am a glass half full kind of guy. Yes, sometimes the glass is half full of poison (no doubt a Jewish Mother thing) but I do try and see the positive. I have learned a very powerful lesson to further my skills (and karma) as a recruiter from this experience so far.

Like many recruiters, I have let many candidates slip into the ether. It is an untalked about part of our job and worse on the agency side than corporate, but we all do it. Something is more immediate on your desk. You know that person isn’t joining but the manager is breathing down your neck to fill the opening. You are working on a quota and you’re one deal away from making your bonus. You work on a draw or straight commission and every second not placing someone is you not paying rent.

I’ll call you a liar to your face if you tell me you’ve followed up with everyone who didn’t make it through.

I wish I understand earlier how much it hurts. I wish I understood earlier how lucky I have been not to have to go through this process. I thought I could handle rejection from how many of my candidates didn’t close the deal and make the placement. How many deals I lost to other recruiters and other agencies.

I have written about how recruiting is a business of failure.Well, looking for a new job has had even more rejections, more obstacles and more swear words thrown about than any deal I made as a headhunter.

When I land my next opportunity I am going to take this lesson in humility with me. Not to get frustrated with a candidate who submits themselves to every role on the website. Not to be irritated with someone who calls me every day, when I told them I’d call them with news. If someone emails me to ask why didn’t they get the job, I will try and help. I tried to do this as much as I could but I am very, very far from perfect.

I cannot promise to be perfect next time either because I won’t be but I am going to be much better than I have been for walking a mile in your shoes.

About the Author: Jeff Newman has been a full life cycle recruiter for over 17 years. He has never limited myself to one industry or one skill set. His staffing philosophy is simple: Interview to hire as opposed to looking for reasons not to hire and to speak with each person instead of simply pushing paper.
He prides himself on always making sure that what he is offering a candidate is an opportunity and not just another job. He is always honest about the pluses and minuses and tries to not just be a recruiter but a career adviser. He is currently using his own advice to find a new opportunity.
Follow Jeff on Twitter @Apikoros18 or connect with him on LinkedIn.
General Recruiting
Candidate Experience Job Market Recruiting Recruitment Marketing Tips