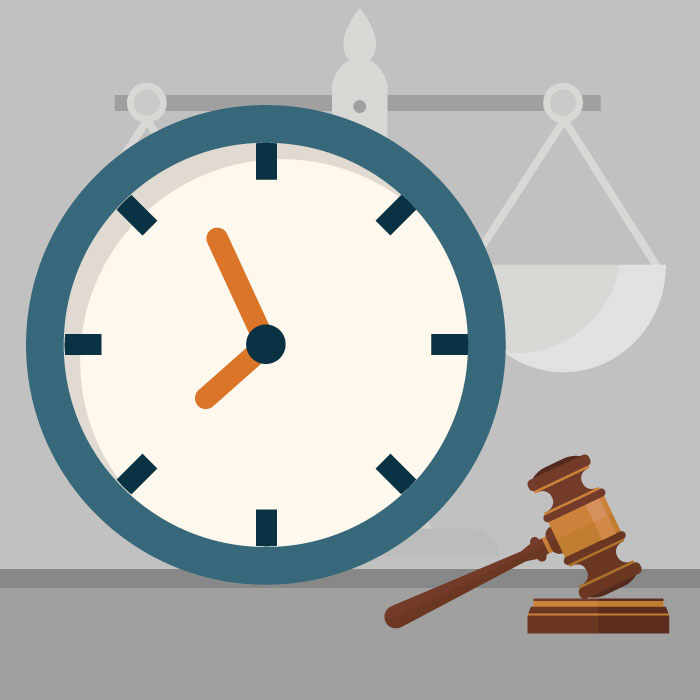 With a new presidential administration poised to take office, the outlook for many areas of public policy remains unusually uncertain. Not least of these, of course, is the federal rule changes regarding overtime pay, which has lately been relegated from landmark legislation to policy purgatory. While an estimated 4.2 million American workers were scheduled to start receiving overtime pay once the new rules from the US Department of Labor went into effect on December 1, 2016, a federal court injunction blocked the long anticipated changes just days before the implementation deadline.

This decision, of course, raised the prospects that the judiciary could strike down the rule changes altogether. Meanwhile, there seem to be signs that the incoming Trump administration will seek to roll back, repeal or weaken the overtime rule change regardless of what happens in the courts. Between the political transitions and pending court cases, the final policy remains very much up in the air.

Blowing In The Wind.

While some employers are adopting a “wait and see” approach until the details and deadlines are finally determined, a new study from iCIMS has found evidence that many companies have actually already responded to – and implemented – the original rule change in advance of its original December 1 deadline.

That’s a qualified “many,” of course, because obviously, this group of early adopters by no means includes every employer out there (or even the majority, more than likely). This is obviously problematic, as it essentially means that as long as the rule changes remain stuck in legislative and legal limbo, not all employers are playing by the same rules, creating a potentially uneven playing field in the cutthroat competition for top talent today.

This inequity is a shame, frankly, because the underlying concept behind the proposed rule changes is far simpler and straightforward then the regulatory nitty-gritty and dense legislative legalese would probably have you believe. Like many current political debates, the controversy around the new overtime rules are really just the most recent iterations of some of the most contentious and prominent public policy platforms: labor relations, income inequality and job creation, in this case.

The ostensible purpose of the Obama Administration’s proposed rule change was as a way to work around the gridlock and partisanship surrounding the federal minimum wage, providing a substantive and meaningful change in quality of life for millions of American workers without actually moving the mandatory minimum, which has stayed stuck at $7.25 an hour since 2009.

This works out to $15,080 a year before withholdings or taxes (assuming they average a full 40 hour work week), or just under the official household poverty threshold of $15,940 a year, which unlike minimum wage has actually increased over the past few years, much like inflation and the cost of living, among many other pressing considerations that make this policy such a high priority for millions of American workers who stand to benefit from the proposed rules changes.

Overtime pay is explicitly designed to protect lower income workers from exploitation by their employers. The tricky part, however, is ensuring that these people policies don’t deleteriously impact profit margins. This is not an all or nothing proposition, of course – the more money an employer is able to make, the more they’ll grow, ostensibly allowing them to hire more workers and create more jobs over time.

The traditional tension between people and profits is one of the key themes in business – this is nothing new – but it’s up to our elected officials, not employers themselves, to determine which workers qualify for this protection by setting the salary levels required for overtime eligibility.

In their finite wisdom – and even more finite political capital – those same officials have agreed to establish these thresholds on two separate occasions, but neglected to factor in the impact of increasing inflation on real earnings. This means, not unlike the minimum wage or Social Security, we find our public officials spewing the same rhetoric and rehearsed political arguments about where this magic line actually belongs.

The heart of the proposed rule changes, as outlined in iCIMS’ full report, is that the level of salaries eligible for overtime protections would more than double, from a minimum salary of $23,660 a year to $47, 476 a year. This obviously significant increase would have marked the first raise in the federal overtime threshold in over a decade, causing celebrations among many workers and deep dread among employers and business owners alike.

The bottom line: those millions of workers newly eligible for overtime protections would make 1.5 times their regular pay for hours worked beyond 40 a week – a protection that extends to salaried workers and traditionally exempt employees, too.

The Times, They Are A Changing.

The private sector can ill afford to stand still amid these political crosswinds. And it hasn’t. In a comprehensive review of iCIMS data on estimated salary levels among new hires, there seems to be some emerging trends and probable patterns when it comes to determining not only which companies are the most exposed by the rule changes, but also how these companies are already preparing for the implementation of these regulations.

Looking at the numbers, a few industries stick out; most of these, like the retail trade or financial services sectors, seem fairly obvious. A deeper dive, however, reveals that one of the broadest patterns is that the largest companies – that is, enterprise employers with more than 5,000 employees – also have the largest exposure to these new rules, too. There seems to be a direct correlation between overall headcount and the proportion of new hires whose salaries make them eligible for overtime pay under the proposed rules. In other words, the bigger the business, the bigger the potential impact.

Looking at specific job markets, the numbers also suggest that the highest exposure to the rules change can be found in those areas with the lowest costs of living. The five major markets which would have the highest proportion of salaried employees eligible for overtime pay clearly evidence this correlation, with Cleveland, Salt Lake City, Tampa, Phoenix and Las Vegas topping the list. Las Vegas, for example, would see the percentage of its overall workforce newly eligible for overtime pay climb by a whopping 50%, including a large share of the leisure and hospitality industry.

Since the rule change was first announced, many employers, particularly those with the potential greatest exposure to these new regulations, have taken proactive steps to implement the proposed policies, including raising base salaries for exempt workers or stricter scheduling policies, among other measures.

The largest employers seem to have been the most proactive, likely due to the relative impact and exposure these rules will have on their bottom line as well as the amount of resources these businesses are able to allocate to both lobbying and compliance efforts.

Those employers who have already proactively implemented the proposed policies will find themselves in a bind, however, if the rule change is rolled back, repealed or ruled against by the courts. The companies who have already announced these changes would either have to suffer the burden of having to pay more than their more cautious competition, or else find themselves forced to backtrack.

Neither option is particularly tenable, considering the direct costs associated with the former, and the significantly negative impact the latter decision would likely have not only on the overall morale and productivity among current staff, but also their recruiting efforts for future hires, too. How much this will impact or influence their more conservative competitors remains to be seen. Suffice to say, many employers who haven’t made changes may find themselves forced to do so in order to ensure competitiveness when it comes to attracting and retaining top talent.

While these big rule changes may create big changes in the way big companies approach compensation – or labor market competition – the biggest impact will inevitably be felt by the 4.2 million workers potentially impacted by these regulations.

The new rules mean that the percentage of full time, exempt employees eligible for overtime pay would rise from just 7% to an estimated 35% of the salaried workforce – a significant increase, but still nowhere near the estimated 60% back in 1975, the last time the federal government altered their eligibility requirements.

Of course, like any complex political discourse or policy debate, there’s a twist when trying to determine the “magic line” for overtime eligibility, one that’s highlighted by the federal court case that precipitated the initial injunction: not only have price and income levels risen since 1975, but there have been some sweeping and seismic changes when it comes to the composition of the workforce and the U.S. economy as a whole. From the rise of the gig economy to globalization, many of the factors at work in the world of work have irrevocably and fundamentally changed.

Whatever we think of those changes, we cannot turn back the clock. We cannot fight the inevitable. And we cannot continue to leave our most valuable assets without the protections implicit to overtime pay eligibility. How we go about determining where that magic line gets drawn, or which trade offs employers should be forced to make between wage adjustments and job creation, remains a topic for debate.

What’s inarguable, however, is the fact that this is a debate that’s well worth having – and long overdue, too.

About the Author: Josh Wright is the Chief Economist at iCIMS, where he’s responsible for analyzing proprietary and external data in order to produce fresh insights on the U.S. labor market. He authors blog posts and quarterly reports on emerging trends in talent acquisition and ad hoc labor topics.

In addition, Josh supports the development of software that allows iCIMS customers to analyze their own performance relative to industry benchmarks, in collaboration with our data scientists, software developers, and marketing executives.

A former Federal Reserve staffer, Josh helped build the Fed’s mortgage-backed securities (MBS) portfolio of more than $1 trillion, among other responses to the global financial crisis. As a researcher at the Fed and Bloomberg, he has published on labor and housing markets, as well as U.S. monetary policy, and advised policymakers across the legislative and executive branches of government.