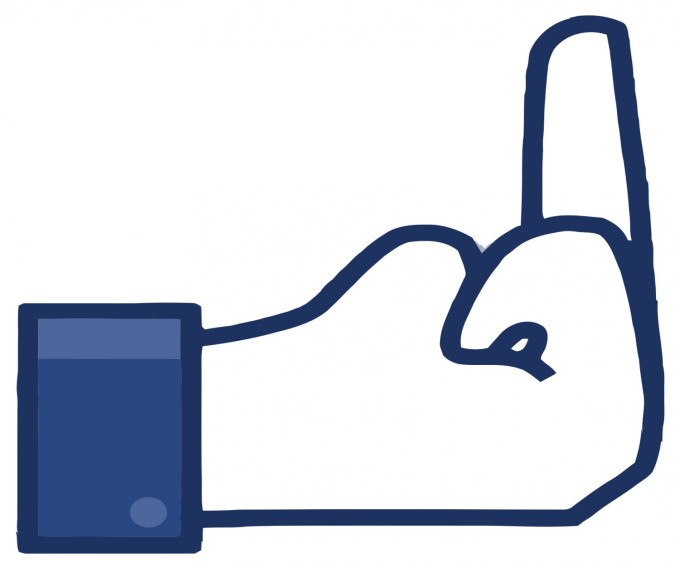 Back in January 2013, Facebook launched one of the most awesome sourcing/recruiting tools of our time, better known as Graph Search. This was pretty much just basically a search engine exclusively for Facebook with like 50 different filters.

It was free. It was awesome. It was overlooked by most talent pros, who didn’t get the point of sourcing on Facebook and didn’t use it. Suckers. Well, their loss was my gain!

Back in the day (1992, in fact), Sean Connery made a movie called the Medicine Man. It’s a good flick – definitely check it out if you haven’t seen it.

There’s this one quote in the movie that he says in that Scottish brogue that’s stayed with me ever since:

“I found the cure for the fucking plague of the 20th Century and now I’ve lost it. Haven’t you ever lost anything? Your purse? Your car keys? Well, it’s rather like that. Now you have it. Now you don’t.”

Of course, in the film, he was referring to his frustration over the fact that he’d lost the ability to recreate the cure for cancer he discovered in the jungle.

I feel you, Connery, because I found the cure for fucking sourcing and recruiting passive candidates, and now, it’s gone. I had it, and now, I don’t. Which sucks. Big time.

See, on December 13, Facebook reverted their Graph search back to just plain old Facebook search. In doing so, they changed everything!

Shot To Hell: The Demise of Sourcing’s Silver Bullet

Facebook says that the change made search more “intuitive” on the social network; now, you just type in what you want, and supposedly, Facebook will know what you’re looking for and bring you the results you want, without any of those ‘confusing’ filters and features that made Graph Search so damn cool. Facebook, you see, just wanted to make searching easier. And in the process, they ruined sourcing.

I had quite possibly the greatest sourcing tool of our generation and now, I’ve lost it. I’ve tried looking for it, but Facebook just blew it up. I’m not taking this too well, and realize I’m throwing a tantrum that’s probably a bit child like, but I want my graph search back and I don’t really know what the hell I’m supposed to do until it returns.

I could kick and scream, of course, but I’m pretty positive no one will listen, or care. Which strikes me as funny, really, the fact that no one cares about this significant shift in sourcing strategy.

Facebook made their search switch two weeks ago, and I sat back and waited to hear the inevitable onslaught of sourcing folks up in arms, losing their minds over losing this amazing tool. But there was nothing. The silence was deafening. And kind of damning, too.

Because it made me realize just how great Facebook graph search was for sourcing. I was basically using a really powerful tool to recruit candidates that no one else seemed to be using. Sourcers hate Facebook, as a rule, because they feel that just because they don’t want anyone poking around on their profile, they shouldn’t be poking around a potential candidate’s profile, either.

Yeah. I know that sounds silly. But it’s also mostly true. HR and talent pros hate the fact that anyone else out there might actually use Facebook to find them. This is, after all, their ‘personal’ social network. This is where I like cat videos and mega death rock music. I just don’t want people at work knowing I like those two things together. Ahem.

And that right there was the beauty of Facebook’s social graph. It had search capabilities that had all the power of LinkedIn Recruiter, but four times the number of potential candidates, and unlike LinkedIn, you didn’t have every single recruiter in the entire world banging away on it non-stop, all day, every day.

But when you reached out to a potential candidate using Facebook, it was like going back in time like five, six years – it reminded me of how people used to respond to recruiters on LinkedIn in its halcyon days. They were flattered. They responded. They thought that your ability to just find and message them was some kind of magic trick. Of course, now you’d have to be a magician to actually get this kind of response on LinkedIn, but Facebook was another story entirely.

When Facebook first launched graph search, I saw it as the beginning of the end for LinkedIn. But a couple weeks ago, Facebook, for whatever reason, decided to make a few tweaks that will let LinkedIn live a little longer. It’s a sad day, my friends. I’ve lost the keys to Facebook search, and I’m doubtful I’ll ever see them again. But here’s hoping.

About the Author: Tim Sackett currently serves as the president at HRU Technical Resources, a $40M IT & Engineering contract staffing firm and RPO based in Lansing, Michigan. Prior to joining HRU, Tim was the Director of Employment at Sparrow Health System, Regional HR & Staffing Director at Applebee’s Intl., Retail Health Recruiting Manager at ShopKo Stores and Regional HR Manager for Pamida.

A 20 year veteran of HR and recruiting, Tim has split his career between recruiting and HR generalist roles as well as between the HR vendor community and corporate America, giving him a unique perspective from both sides of the desk. A highly influential blogger and speaker, Tim has a Masters in HR as well as an SPHR certification. Tim blogs regularly at his personal blog, the Tim Sackett Project, and is a regular contributor at Fistful of Talent.

Tim Sackett, MS, SPHR is executive vice president of HRU Technical Resources, a a $40 million IT and Engineering contract staffing firm and RPO based in Lansing, MI. Tim has 20 years of HR and talent background split evenly between corporate HR gigs among the Fortune 500 and the HR vendor community, so he gets it from both sides of the desk. Prior to joining HRU,  he was the Director of Employment at Sparrow Health System, Regional HR and Staffing Director with Applebee’s International, as well as Retail Health Recruiting Manager and Regional HR Manager with ShopKo Stores and Pamida respectively. Tim writes daily on his own blog -- The Tim Sackett Project -- is a frequent contributor to the talent blog Fistful of Talent, and he also speaks at many HR conferences and events. You can find him on LinkedIn or connect with him on Twitter @TimSackett.