LinkedIn Is Still The King…For Now 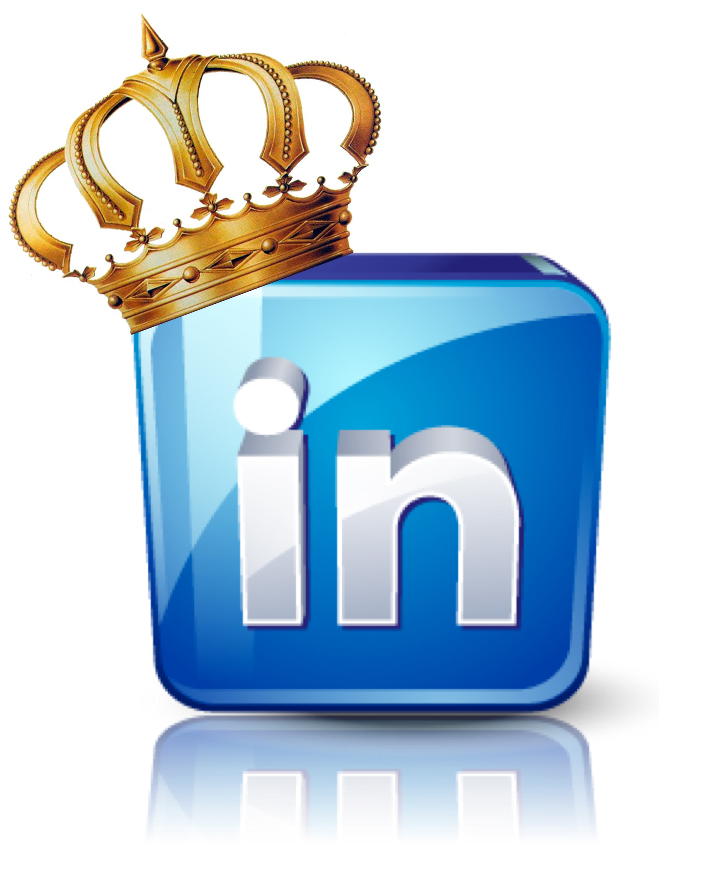 Software Advice, an Austin based subsidiary of Gartner Inc. designed to help consumers choose the right software for their needs, recently published a benchmark study on job board efficacy and ROI, interviewing 150 recruiters across sectors, industries and geographies about their current and forecasted job board use to see which boards work best – and which fail to deliver the maximum results for their recruiting budget.

As a recruiter, the results really came as no surprise. The job boards included as part of the study’s scope were a cross section of the recruitment advertising industry’s biggest brands, and subsequently, the biggest sources of job board spend for employers and agencies alike. The study specifically focused on LinkedIn, Indeed, CareerBuilder, Monster, Glassdoor and Craigslist.

Software Advice looked at four distinct considerations in formulating their study, analyzing the job boards which delivered the highest quality candidates, which resulted in the highest quantity of candidate applications, which delivered the most cost effective solutions and which job boards were the most effective channel by level of position (from entry level to executive).

In my own experience as a front line recruiter for whom job boards remain an integral part of my recruiting strategy and spend, I absolutely, 100% concur with the results of the study, representing a very accurate snapshot of where recruitment advertising and is relative effectiveness is really at when it comes to talent acquisition today.

Among the study’s many interesting and insightful findings, the board that stood out – and the one I’d really like to focus on in particular – is LinkedIn.  While this “professional network” has found itself increasingly subject to both controversy and criticism from recruiters and employers alike, the fact remains that the study reinforced what most recruiters have discovered: that LinkedIn delivers (by a wide margin) the highest quality candidates (see left), and was second only to Indeed for delivering the greatest quantity of applicants as well.  The study also revealed that employers reported plans increasing their future investments with LinkedIn, which also came out ahead of the competition as the most effective way for recruiters to find mid and senior level talent, too.

These survey results, generated from real recruiters overseeing talent acquisition and strategy for some of the world’s biggest brands and most prominent employers of choice, seem to suggest a bright future – and increasing market share – for LinkedIn as more and more recruiters rely on this “professional network” for posting results.  The truth is, in fact, a little more complicated.

Looking at the Future of LinkedIn

While LinkedIn is clearly on top today, it’s no secret that the company’s hubris and aggressive tactics have created some negative brand buzz – not to mention some enemies and enmity along the way.  As the old adage goes, pride comes before the fall, and it’s clear that if LinkedIn isn’t more careful, they’re slowly going to lose the market share – and likely, their preeminent place at the forefront of the industry.  Without a significant about face, they’re doomed to repeat the history that companies like CareerBuilder and Monster have experienced – job boards that, not all too long ago, topped this list and the recruitment advertising industry. Remember that?

I’ll admit, this isn’t the first one of these posts you’ve likely read, and it probably won’t be the last.  Truth is, LinkedIn is an easy target.  The reason is simple: they are, at this moment, the unquestionable leader of the pack, that company every competitor wants to be (and emulates in their product roadmap and marketing).  But recently, they’ve made a few changes that serve, at least for those of us who watch this kind of stuff closely, that we may well be witnessing the beginning of the end for LinkedIn’s reign over the recruiting industry.

Whether you agree or disagree with these questionable moves, here are some of the things they’ve done lately that evidence the eminent demise of a one-time powerhouse into an also-ran:

Of course, LinkedIn has made manifold other changes over the past year, but these stand out as the most significant signs of the strategy that’s likely to trigger their long slide out of their preeminent position and away from recruiting relevance.  Looking ahead to the future, it’s imperative that recruiters (and HR departments) proceed with caution when it comes to using LinkedIn.

The Job Board Revolution: Claiming the Crown in 2015

While the platform remains effective today, as the Software Advice study suggests, I can’t wait to see what recruiters will say in terms of spend strategy and overall efficacy in 2015. Something tells me that in a year, we’ll already start seeing LinkedIn’s slide quantified statistically, reinforcing the anecdotal evidence that’s already pretty obvious to most recruiters and industry pundits.

Sure, most recruiters still love LinkedIn, but the company has been making too many wide sweeping changes to its core solutions and market strategy for that love to last.  In my own experience as a global sales and marketing recruiter, I’ve seen for myself the huge drop in the number of applicants we’ve been getting from LinkedIn, and the sharp decline in quality of those few candidates who do come through that channel. Conversely, I’ve used Craigslist to find and hire some notable skilled, mid-level talent that only a year ago, I would have thought wouldn’t be possible on that platform.  Given that Craigslist is already selling over $300 million in job postings a year, a number that continues to shoot up, I’m obviously not the only one making this move.

The traditional competition should also pose a threat and erode some of LinkedIn’s market share; Monster recently announced some major changes to its business model and product positioning, and Glassdoor itself has set its sights squarely on LinkedIn as a chief competitor – bad news for $LNKD, given Glassdoor’s explosive growth and increasingly impressive results for recruiters (not to mention likely impending IPO).  Indeed, meanwhile, simply acts as an aggregator across job boards, so it has nothing but upside regardless of LinkedIn’s expansion or retraction within the market.  Interestingly enough, Facebook was omitted from the Software Advice study, which not only surprised me, but given its potential for finding and engaging talent on their platform, will likely be included in next year’s job board report – and the wider industry conversation.

All in all, it looks like LinkedIn’s crown is up for grabs, and the opportunity to topple “The King” and reign over recruitment advertising is ripe for the taking.  Software Advice’s study is right – LinkedIn still rules recruitment advertising.  But like all dynasties, the cracks already showing suggest a crumbling empire that might not remain in the lead for much longer – and I expect the 2015 study to show that this revolution will have already begun.