Lessons in recruiting and employer branding from Groupon 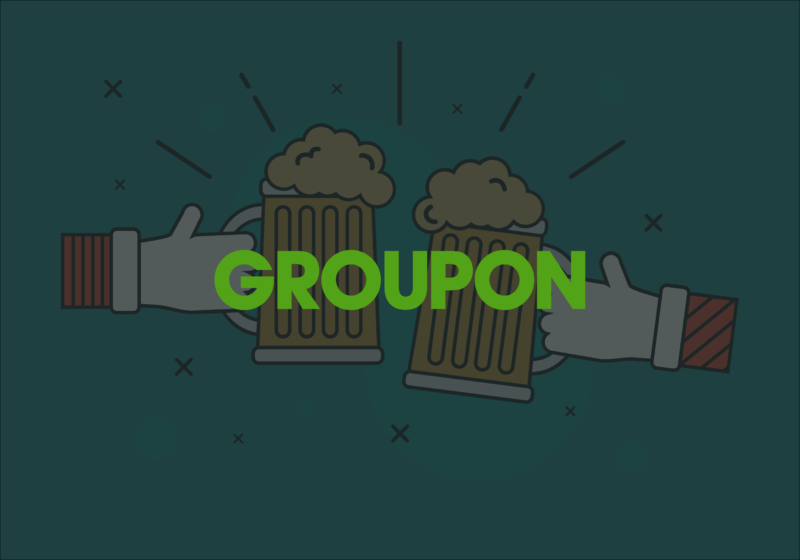 What was your last Groupon search?  According to my Groupon history, the last three things I searched for were:

…which resulted in the following purchases:

And, as with so many technological services, we rarely think about the people behind the app.  But they’re there – and in Groupon’s case, they really are getting it right! Groupon’s success as an organization largely comes down to its employer brand.  How it positions itself to potential talent determines the future success of the company.

At SHRM18, we had the opportunity to hear firsthand from Karishma Patel Buford, Vice President of Global Talent Management for Groupon.  She shared how Groupon’s employer brand is impacting employees and candidates alike after the company implemented five key steps over the past few years.

People attend sessions for different reasons.  Some want to learn something completely new. Some want to know if they are on the right path – validation.  And some want to meet someone who has truly demonstrated success and offers advice in a particular area. For many attendees of this session, it was this last reason.  You want to know someone put the work into practice and the result was a positive transformation. And that’s really just what Groupon did.

Groupon is an ecommerce platform, but the lessons Buford shared at SHRM18 can help organizations in all industries, big and small, evaluate their employer brand and make the right changes to attract and retain the right people.  “Often when we think about engagement, we think about what happens after they are onboard,” Buford says. “Engagement starts before they walk in the door. What kind of talent are you attracting?”

Groupon asked themselves and their organization five questions:

Oftentimes, there’s a discrepancy between what a company thinks its employer brand is, and how its employer brand is perceived.  Groupon got right to the root of this question by surveying its own employees.  Groupon is a Fortune 1000 global company, but they’re still not Google, Amazon, Facebook, or Netflix – and they recognize that.  As Buford puts it, “we don’t have what they have; we have to be different.”

So, they asked for their employees’ opinions on what makes Groupon unique and special, what brought current employees to Groupon – and what keeps them there.  By surveying their employees, Groupon was able to identify the three major pillars of their employer brand: empowerment, flexibility and support, and mission.

Groupon empowers their employees by granting them autonomy without breathing down their necks, and by letting them own something big with a global impact – from day one, Groupon employees know they can make an impact.

When it comes to support and flexibility, Groupon knows that it’s not about how many hours you are working, but about the work you’re doing.  They recognize their employees are human beings with lives outside of work and want their employees to feel, “I can be my real self.”

Groupon’s employees feel a strong sense of mission.  Groupon was born out of wanting to help the “little guy,” the small business who wants to thrive.  That underlying mission unites Groupon’s employees, as it drives everything the organization does.

As a company, you need to know what type of employee will succeed in your specific environment.  This knowledge will help inform your hiring decisions. Groupon started by tackling performance issues within its sales organization.  By interviewing top performing salespeople, Groupon was able to create a success profile for the role.  The missing link between top performers and the rest of the team?  Organization. A great sales representative needs to have stellar organizational skills and discipline in order to essentially run his or her own business – but the Groupon team was not screening their candidates for organizational skills.  Once they optimized the hiring process and changed their interview questions, Groupon began to hire the right people for the job, who experienced success much earlier in their Groupon tenure.

Moving forward, Groupon identifies their “must-haves,” the qualities they absolutely require in a candidate to ensure their success as an employee, and creates success profiles for several positions within their organization.

Are you hiring smart?

Recruiters can often be shunted into the role of “order takers” rather than the business partners and advisors they need to be.  Groupon is shifting their mindset from seeing recruiting as a way to get someone in the door to a way to achieve the balance of short- and long-term goals.  They weighed the benefits and drawbacks of having an empty seat against the cost of a bad hire.

It’s not about just getting people in the door if they aren’t the right people.

How are you developing your employees?

The perception among Groupon employees was that the company lacked management training – even though there was a training program in place.  Groupon needed to understand its employees better, most of whom were millennials.  Although all generations want to learn and grow, baby boomers learn differently than millennials do.

Millennials want instant, bite-sized, continuous learning rather than a concentrated data dump.  Groupon’s two-day learning events were not resonating with their employees, so they overhauled the process and designed a 90-day program for new front-line managers.  The resulting combination of social, experiential, practiced, and self-learning has successfully trained over 600 new managers by appealing to their learning style.

Groupon also builds mindsets of “lattice” rather than the traditional “ladder” mentality within its organization.  The lattice career path offers a multidimensional career model and allows your employees to focus on actual learning and growth, rather than just a title bump.

How are you measuring it all?

What you measure matters – and what matters can differ from organization to organization.  For Groupon, measurement meant implementing Glint to get the right data in the hands of all their managers globally.  Groupon managers could then take ownership of the data, learn what’s working and what’s not, and use the data to take action and create real improvement.

What data do you need to measure?  Groupon chose to ditch the engagement survey for regular pulse surveys.

I’ll leave you to think about the “tale of two Annas” that Buford shared during her session.  Imagine you have two seemingly identical candidates for a position – both incredibly smart, with the same level of experience and a degree from an Ivy League school.  The first “Anna” is a 24/7 employee who never turns off work and is super eager to get to the next thing.  The second “Anna,” by contrast, is equally motivated but signs off at 5 pm because she values work-life balance.  Which Anna would you hire?

In either scenario, you’ll get a smart, hardworking employee who can contribute to your organization’s success.  As Buford pointed out, your choice ultimately says more about you and your company’s values than it does about Anna.

It’s too bad my next search on Groupon can’t be “candidates who are…” But given a proven model to emulate, all of us can test our own employer brand by not only trusting our perceptions, but also the perceptions of our own employees.  And while I really enjoyed listening to Karishma share stories from Groupon, I also walked away with an even greater fondness for the company whose app I open weekly.

Terra has spent more than twelve years within the HCM industry, with her experience ranging from roles in sales and sales management to training to marketing. Terra truly believes in the Viventium lifestyle, that the principles on which our company was built should extend to the personal lives of our employees and clients. Going by the adage that “you are the average of the five people you spend the most time with,” she strives to surround herself – and the company – with the best people. Terra sees the potential in her employees, and in the way she creates a fun and balanced work environment to nurture their growth and success, she makes her employees want to work for her.