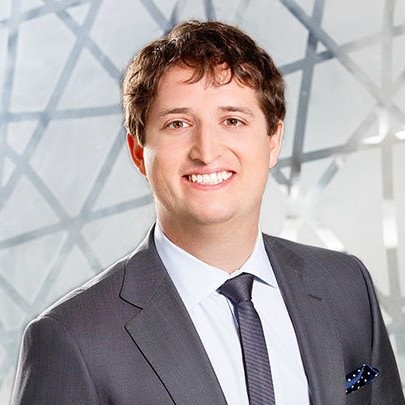 Hiring for tech roles is a tall task. It helps to know how companies globally recruit developers, what they’re looking for, and where they look for tech talent. Knowing industry benchmarks including real-life global data can help you make the right hiring decisions and match the right developer for the right role.

Most of the technical hiring data available online is based on surveys, which after all require self-reporting. That said, real customer data can be treated as an equally strong, if not stronger, source of information about the real state of technical hiring. We’ve looked atDevskiller customer data from all around the globe and aggregated it in the form of the Devskiller Technical Hiring & Skills Report 2019. The report is based on analyzing 112,654 coding tests from candidates from 120+ countries over a 1-year period.

70% of companies globally are looking for a JavaScript developer 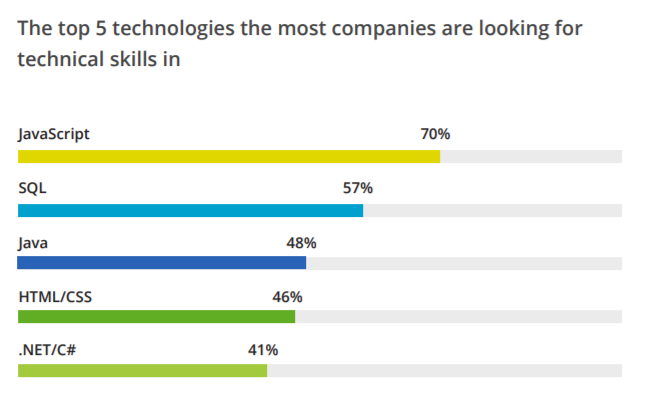 Despite all the talk about the growing popularity of Kotlin or Golang, JavaScript skills are still very much in demand. As it turns out, a staggering 70% of businesses worldwide are looking for a JavaScript developer.

Our findings are in agreement with other industry research. They support the 2018 Stack Overflow Developer Survey findings which show that for the sixth time in a row, JavaScript is the most commonly used language. Interestingly, you can see the same top 4 technologies from our study advertised on the job board of Hacker News.

Java is the most popular language developers are tested in (37%) 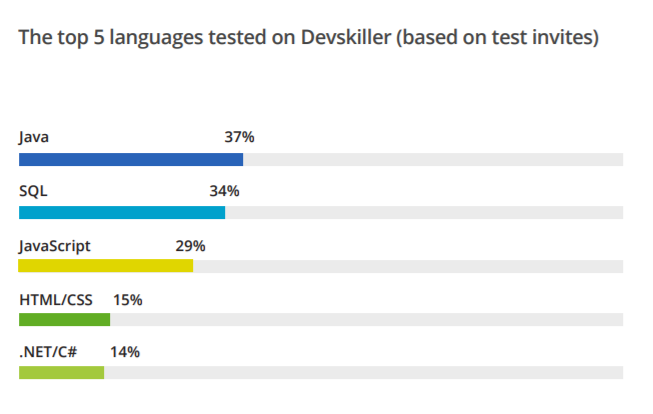 37% of all tests sent out to developers assess Java skills. SQL and JavaScript come second and third, respectively with 34% and 29%.

Although Java is the most tested language, it’s not the #1 technical skill sought after. As mentioned above, that title goes to JavaScript.

Interestingly though, JavaScript comes third on the list of languages tested on Devskiller (29%). The data analyzed in the study indicates that JavaScript is useful for both smaller companies and large enterprises. At the same time, Java is more useful across large teams at a smaller number of businesses. Variation can typically be observed within tech stacks and not between them and innovation happens in particular frameworks or libraries, like React, Vue, Angular, or Node.js. It’s these in-stack skills that are tested extensively by companies.

Coding tests sent on Tuesdays get the fastest response

This likely means that developers prefer to take the test during the week and save the weekend for leisure or other projects.

Here’s the breakdown of days of the week and time to take the test: 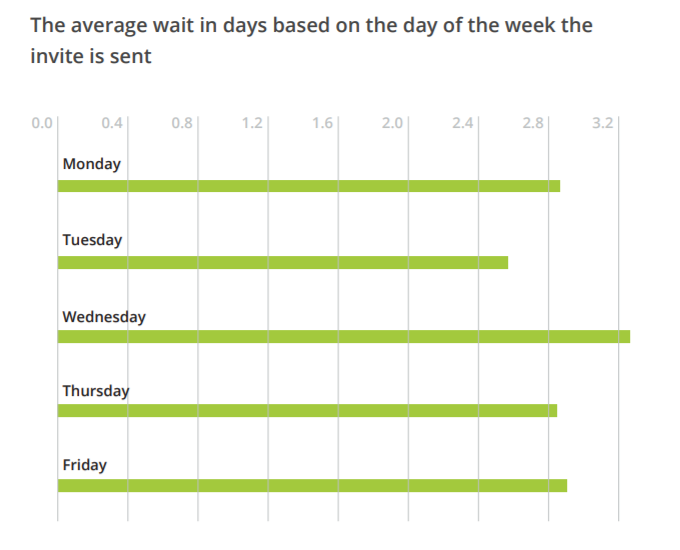 Interestingly, despite the backlash coding tests and technical interviews typically receive, 91.9% of developers finish a coding test they’ve started on our platform. This suggests that with the right methodology imitating the real work to be done, developers are willing to devote time to completing the coding test when considering a job move. The coding test finish rate is the highest for Europe (93%), Oceania (92%), Africa (91%), and North America (91%).

These results show that task familiarity is of utmost importance and the closer it resembles tasks work typically handled by the developer, the better.

Developers from New Zealand scored the highest on coding tests (54.66%)

New Zealand comes first on the list of countries with the highest coding test score. The Netherlands (53.58%) and Russia (50.14%) come second and third, respectively.

One of the reasons for this state of affairs could be that many developers relocate to New Zealand. They are either actively “lured” by companies or look for jobs there based on their own initiative. “New Zealand has long wanted to be a tech hub, but distance was an issue. Now, at a moment of political upheaval around the globe, that isolation has become a selling point.”, claim Jacqueline Williams and David Streitfeld in their New York Times article As New Zealand Courts Tech Talent, Isolation Becomes a Draw).

It is possible that all the new arrivals could be affecting the score. It could also be down to the educational style.

The dominance of the US comes as no surprise given the size and prominence of the tech industry there and the famously high software developer wages.

Interestingly, US comes second on the list of countries producing the most software developer candidates.  This puts the US in an interesting position of being both the largest recruiter country and largest candidate country.

When looking at the countries providing the largest number of candidates, India comes first with over a quarter of all candidates tested on the platform.

According to a Jobvite study, 67% of recruiters believe the lack of skilled and high-quality candidates is the biggest challenge in hiring. This is definitely the case when you consider hiring for tech roles. Most developers are passive candidates which makes them hard to attract. Tech recruiters need to be on top of their game to hire tech talent before they’re snatched by the competitors.

Understanding how companies worldwide hire software developers can give you a head start.  If you’re hiring for tech roles, you might benefit from discovering all the findings of the Devskiller Global Technical Hiring & Skills Report 2019.

Co-founder @ Devskiller and Tech Recruitment Adviser I specialize in streamlining the process of recruiting Tech talents. I graduated with a master's degree in Quantitative Methods in Economy and Information Technologies from Warsaw School of Economics. I'm passionate about the things that I do at work, so be aware of the risk, if you encourage me to talk about it, I won't stop for hours.