The Fit Bit: Does Hiring For Culture Fit Matter More Than Recruiting For Skills? 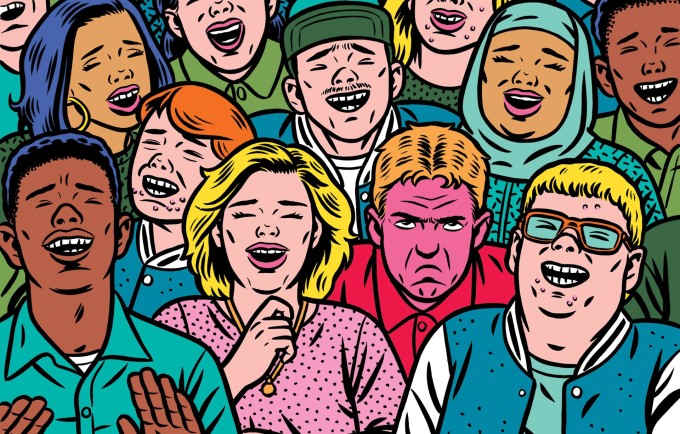 Unlike many HR centered constructs, there is actually a clearly established business case for creating a strong organizational culture, and that hiring for culture fit has a direct impact on a company’s performance and bottom line results.

According to a study conducted by the International Review for Business Management and Research of over 60 peer reviewed research studies focused on the human capital performance outcomes of over 6,000 businesses, the case use of culture is clear:

A 2015 Gallup poll showed that fully half the American workforce reported having quit at least one previous job exclusively because of a bad manager, echoing the conventional wisdom that “people leave people, not companies” as well as the outcomes of dozens of previous studies showing similar results.

This rationale, however, is only one facet of culture fit (or lack thereof) and its impact on voluntary turnover. For instance, another 2015 study by TinyPulse found that a worker’s peers “can make or break a job,” with employees who don’t feel recognized by their peers 11 times more likely to leave their job than those who feel appreciated and respected by their team.

That same study found employees who gave their overall company low marks for culture were 15 times more likely to look for a job than those who gave their current employer flying colors.

Add in the fact that employees who feel comfortable with their workload were around 31% less likely to be actively looking than someone who reported feeling overworked or overstressed at work, and you’ve got a pretty obvious reason why recruiters tend to emphasize culture as a primary consideration – and selling point – to job seekers.

Much fewer, however, turn these culture branding efforts towards targeting their current employees, too.

Given the extreme costs associated with turnover due to poor culture fit (50-60% of that person’s annual salary, on average, according to SHRM), the fact that internal mobility remains the number one source of hire overall and referrals the top source for external hiring and given the recognition that culture, as a dynamic construct, is largely shaped by existing employees, this seems like a grievous strategic oversight – and a huge miss by HR.

The fact is that if someone doesn’t fit with your company culture in the first place, even a successful candidate is doomed to the inevitability of failure, fatigue or frustration associated with this misalignment in mission, vision or values.

That’s why it’s more or less a Sisyphean task to try to address current employees who don’t fit your culture; by the time they accept that offer, it’s already too late.

With the average employee tenure hovering right above two years for managerial and professional level positions, according to the BLS – of whom, data suggests around half will leave within a year of accepting an offer – they’re also not statistically worth proactively saving post facto, even if it means incurring the cost of backfilling them.

Instead, it’s essential to refocus your efforts on hiring for cultural fit by reexamining what your culture is really all about – not as some 30,000 foot mission statement, but how it looks at the line level –  and, if necessary, redefining how you articulate that culture and how you screen candidates for fit during the hiring process.

Of course, defining what, exactly, your organizational culture consists of is easier said than done. Companies have been known to employ a wide range of strategies, from behavioral assessment tools and screening solutions to external consultants, internal focus groups or, in many cases, executive edict.

No matter what the means might be, the common end goal of this exercise should be to create a list of standard cultural norms that impact the overall operations of your business and accepted practices (formal or informal) for how employees should interact with their managers, executive leadership and each other.

These SOPs should have enough fluidity to reflect the dynamic element of culture as well as the fact that, done right, great cultures are largely organic and not created.

While employee driven and focused on individual workers, however, they also must not only gain management buy in, but be largely seen as an executive edict instead of an HR initiative.

If the CEO isn’t able to clearly articulate your culture, there’s misalignment between their vision and worker reality or any other disconnect between leadership and the line exists, however, such efforts are doomed to failure.

The Value of Values.

Make sure before rolling out any changes to hiring for culture fit, branding for culture or even considering anything related to this concept that you have consensus among senior leaders, hiring managers, peer interviewers, recruiters and everyone else in your employee population that you’ve accurately identified the most important characteristics or traits to look for when looking for organizational culture fit.

Let’s say, for purposes of illustration, you’re at a high growth startup that values autonomy and encourages a sense of employee entrepreneurship.

In that case, you’ll want to source candidates who have a track record of success in similar roles or companies and include questions related to this specific culture fit signal throughout the interview process.

For example, highly entrepreneurial candidates are more likely to be able to “sell themselves” and what they’d bring to the table than someone who’s only able to talk to their resume and the job description.

No matter what those key components of organizational culture might be at your organization, you’ll need to figure out, as in the above example, which behaviors to look for and which questions to ask to find fit reliably. If you’re unsure, the answer is as simple as asking your hiring team or existing employees for help.

Their stakes in finding a candidate who’s the right culture fit are higher than anyone else’s, since they have to live with (and work with) whatever hiring decision you end up making, and whether or not that person stays put.

Better to ask for their feedback up front than deal with the repercussions of bringing onboard a shitty hire or a toxic teammate. Trust me on this one.

While there’s been a pretty consistent consensus that a strong culture creates both competitive advantage and positively impacts productivity, output and bottom line results, actually putting tangible programs or initiatives in place to codify culture fit as an integral component of organization’s hiring processes is a different story.

The importance of recruiting for culture, again, is nothing new; companies like Bell Labs, Intel, GE and P&G were built through an intense focus on internal mobility such as rotational and leadership development programs, and have structured their hiring practices around looking for potential for future success instead of past accomplishments. Hire for fit, train for skills has built some of the biggest bellwethers in business. In theory, this should be as integral a part of the people function as payroll.

Of course, these companies happened well before “personnel” morphed into “human resources,” which, invariably, presented an obstacle to something both sensical and simple. Surprise, surprise. The biggest reason why hiring for fit remains more on the talent margins than the recruiting mainstream has more to do with the legacy misconception that for some reason, looking for culture fit can lead to both discriminatory hiring practices and erode organizational diversity.

The myth that hiring for culture acts as a “smokescreen” for discriminatory hiring practices has no statistical validation beyond pop psychology and anecdotal evidence, but that hasn’t stopped this misconception for persevering as a widely held belief among both the academic and mainstream press.

Articles on “Why Culture Fit Is Really Discrimination” appeared as recently as a few months back in publications like Fortune, Inc. and the Harvard Business Review.

This is akin to reading about why vaccinations cause autism, or how global warming is a myth – and every bit as accurate in terms of the overwhelming body of evidence to the contrary.

Culture Fit Isn’t Supposed To Be About Inclusion.

Explaining the justification behind this leap in logic and vacuous vacuum deduction, Lauren Rivera, who researches hiring bias at the Kellogg School of Management at Northwestern and cautions organizations against hiring for fit, explains:

“Interviewers look for a sense of connection, often seeking potential friends and “playmates” rather than those with the best work experience or job-relevant skills.”

I’d say that the ability to interact with teammates and colleagues, share a common vision and perspective with your coworkers and the potential to work across business units and teams is about the most job relevant skill there is.

Every recruiter already knows there’s little to no connection between prior work history and future potential. If there was, hiring wouldn’t be so damned hard – and we wouldn’t still be talking about the importance of culture fit.

It’s important to also understand that hiring for culture fit doesn’t necessarily mean hiring people who all look the same; the most important thing is that they share the same values and similar attitudes or expectations around work as their coworkers, teammates and direct supervisors. Diversity isn’t a human capital issue; it’s an intellectual capital issue.

And anyone who would suggest that you can tell someone’s values, work ethic or intrinsic abilities based off the fact that they’re part of a protected class would more or less be the definition of discrimination, frankly. Just like you can’t tell culture fit from a resume, you sure as hell can’t judge the quality of a man’s character by the color of his skin, to paraphrase something a wise man once said.

Of course, what the hell do I know? If I knew how to fit into any corporate culture, I’d have already gotten a real job by now.