Membership
Home / Articles / Tech Recruiting: How To Make Sure Your Candidates Are Up To Code.

Tech Recruiting: How To Make Sure Your Candidates Are Up To Code. 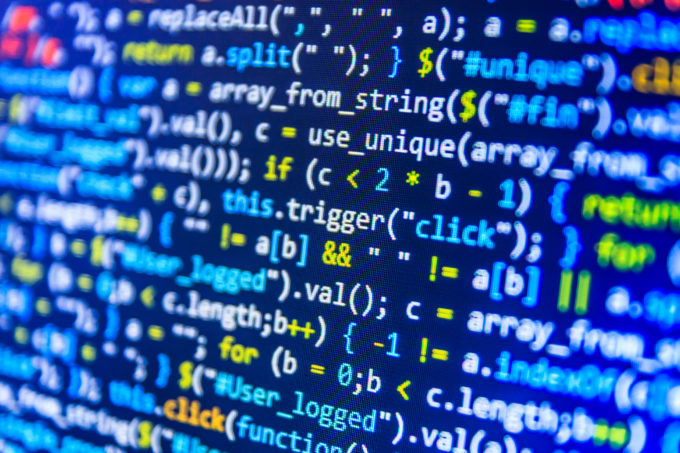 If you need any further proof that tech hiring is hot, consider the fact that pretty much the default search for any sourcing or recruiting CRM product demo out there is some variation of “software engineers in San Jose.”

And rightfully so, given the much maligned STEM shortage, which is felt perhaps no more acutely than at Ground Zero on Sand Hill Road.  The information economy is rapidly evolving, and the divergence between the demand for software and dearth of qualified coders, engineers and developers.

Top tech talent looks set to prove simultaneously coveted and elusive for employers to attract and recruit for the indeterminate future; with an estimated 14% annual growth projected for a profession that makes a median salary of $92k a year.

On The Bubble: Local Area Networks and Tech Recruiting.

Salaries for software developers are expected to skyrocket 17-20% annually, and unemployment in this sector is statistically zero – between 3.5-3.9%, depending on which source you source.

This has created the perfect storm for the few candidates of there capable of writing code or creating software – particularly in markets like (you guessed it) San Jose, where the already fervent demand for the top talent in the industry only increased as the tech workforce in the Bay Area grew an estimated 4.6% last year, reaching its highest levels since just before the dot-com bubble burst back in 2001.

Similarly, cities such as Austin, Salt Lake City and Raleigh are suddenly hot destinations for tech employers, but the shortage of highly skilled tech talent in these booming markets is estimated to result in between 50-80k open jobs expected to go unfilled in each respective area.

Being able to successfully overcome these obstacles and become an employer of choice the best tech candidates choose requires employers to start building relationships with emerging talent even earlier.

That is why employers are increasingly turning their attention to college recruiting, focusing an inordinate amount of their resources and efforts on hiring top computer science graduates from just a few targeted schools, the same blue chip programs that pretty much every other employer out there wants, too.

While academic rankings, particularly over STEM related programs, are controversial and often arbitrary, there seems to be some consensus over the best computer science programs in the country, even if there remains no dedicated methodology for determining exactly which schools crank out the best coders.

For recruiters, this means having to spend an inordinate amount of time on an extremely finite set of candidates whose pedigree does not even necessarily correlate to job performance.

In fact, a recent study from Temple University found that the only statistically valid link between the relative ranking of a computer science program and its graduates were that the higher the rank, the higher their median starting salaries.

In fact, due to the incessant recruiting of the same small pool of talent, within the first five years of their careers, graduates of Top 25 computer science programs were around 60% likelier to switch jobs than their counterparts at less competitive colleges.

When the market for tech hiring is as competitive as it is, it makes little sense to spend so much time and effort courting a cohort who are more expensive and imminently harder to hire by going after only the blue-chip brand names like MIT, Carnegie Mellon, Stanford and so forth.

These same schools, of course, are the same ones statistically overrepresented at the same companies that are likely to be the tech companies that hiring managers want to target for experienced hires, since top computer science graduates often cluster at a few select companies (see: Google, Facebook).

This creates a vicious cycle where no matter what stage a candidate is at in their career, or regardless of the level of position a recruiter is trying to place, they continue to pay above market and work way harder for the same small subset of potential candidates.

This is because, largely, recruiters have lacked the technical proficiency or expertise to screen for skills, and instead have found themselves forced to rely on arbitrary benchmarks like educational pedigree or blue chip brand experience in what can be an insular industry.

Dice and HackerEarth: How To Go From Tech Recruiting Hack To Hacker.

Fortunately, Dice is partnering up with HackerEarth to help employers and recruiters rethink the way they source, screen and select tech talent.

As the largest platform for engineering & coding skills assessments and hackathons, HackerEarth offers Dice customers an ideal platform for testing tech talent for hard skills instead of the soft stuff of the status quo.

By providing automated skills testing, sourcing and screening capabilities across 32 unique programming languages, this partnership now offers Dice a way to diversify their client offerings by offering products that support more parts of the hiring process than were ever possible in the proverbial “post and pray” days.

This is just smart. Most vendors try to build their own bolt-on “solutions” which are anything but, as a rule, straying outside of their core product offerings and established expertise in the incessant struggle to try to own as much of the hiring process as possible.

Dice, wisely, picked a partner in HackerEarth that outside of the United States is one of the hottest destinations for tech talent in the world. The site bills itself as “the world’s fastest growing community of developers.

With a staggering 28 million unique developer code submissions (and counting), this not only augments and extends the value of Dice as a source of hire, but also provides an ideal way for employers to find the best developers without having to continually chase the same small subset of pedigreed and overpriced computer science grads whose name brand degrees just aren’t worth the hiring headaches and second guessing.

Dice and HackerEarth, however, offer the potential to make sure that no employer never has to second guess another tech hire ever again. This partnership offers an ideal platform for enterprise employers and emerging startups alike to cut the frequently exorbitant time and cost it takes to make the average tech hire.

Of course, the average hire just won’t cut it for most employers. With Dice and HackerEarth joining forces, they don’t have to.

Editor’s Note: This post was sponsored by Dice, and RecruitingDaily received compensation for publishing this post. We bet you probably figured that out by now.

Now that we’ve got that disclaimer out of the way, we still think that this is a pretty cool partnership, and if you’re a tech recruiter, this is one SaaS solution that’s definitely worth checking out for yourself (click here).

And we’re not just saying that because Dice paid us for this post. Promise.