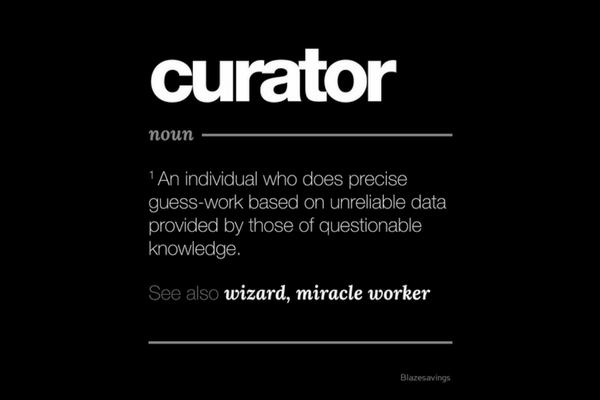 Unconscious bias is a pervasive problem in recruitment, since those who make hiring decisions based on these biases are unaware they’re doing so.

While primarily designed to hasten hires and improve the quality of applicants, curated recruiting by way of artificial intelligence (AI) can often curtail unconscious bias. Unfortunately, in the wrong hands, it can actually enable the bias.

Dipayan Ghosh served as technology adviser for the Obama White House, and privacy-policy consultant to Facebook. Now a Harvard University researcher, Ghosh has concerns about the use of AI for assessments and other recruiting processes.

“Engineers and policymakers must be doubly cautious to assure ethical standards are adhered to in the development of new hiring technologies powered by AI,” Ghosh wrote in his Quartz at Work article, AI is the Future of Hiring, But it’s Far From Immune to Bias. “The starkest and most concerning issue is algorithmic discrimination, which can unwittingly be propagated through AI, particularly if its designers are not careful in how they select input data and how they craft the underlying algorithms.”

What is unconscious bias?

The University of California, San Francisco (UCSF) Office of Diversity and Outreach defines unconscious bias as “social stereotypes about certain groups of people that individuals form outside their own conscious awareness.”

According to UCSF, we all have unconscious beliefs about various identity and social groups that stem from our tendency to organize our social worlds into categories.  Unconscious bias – generally regarding race, gender, religion, age, education, location, weight, or disability – is far more prevalent than conscious bias, and often conflicts with our conscious values. Its most common impact on hiring, referred to as the similarity-attraction theory, is the tendency to highly value those like ourselves.

Lauren A. Rivera, Professor of Management & Organizations at Kellogg University, researched hiring practices of 120 employers and hiring committees. In Hiring as Cultural Matching, Rivera reported that “employers sought candidates who were not only competent but also culturally similar to themselves in terms of leisure pursuits, experiences, and self-presentation styles.”

University of Lisbon Social Sciences professor Ana P. Nunes and economic consultant Marc Bendick, Jr., in Developing the Research Basis for Controlling Bias in Hiring, cited numerous studies of unconscious bias in assessing job candidates. These researchers found that recruiters who unconsciously stereotyped a particular group inaccurately evaluated members of that group in several ways; in fact, they paid more attention to interview and resume details and interview responses consistent with the stereotype than to information that was inconsistent.

According to Nunes and Bendick, these unconscious biases convinced hiring managers that they were making unbiased decisions about objective differences in applicant’s qualifications when, in fact, they were not.

What is curated recruiting?

Curated recruiting is the process by which employers and recruiters control job-seeker access to their firms’ career opportunities, to limit for applicant volume and suitability. Curated recruiting turns the traditional post-and-pray method on its head and, ideally, saves sourcing and assessment time for busy recruiters and hiring managers.

Rather than employers posting job notices in multiple public places such as open-access career websites, and then sifting through the myriad number of candidates to find those qualified, curated recruiting narrows down the career-announcement audience to those who have been pre-determined as qualified.

How does curated recruitment impact bias?

Curation’s effect on unconscious bias can be as specific as the site or vendor offering the curation.  Its greatest assistance in countering bias lies in the skills testing that associations, vendors and curated career marketplaces use to screen memberships and job applications. When appropriately designed, these tests prevent recruiters’ bias-related early rejection of candidates.

Targeted ad services have the potential for exacerbating both conscious and unconscious bias, however. Facebook has come under fire several times for letting employers target their job message to a defined age group. By way of Facebook targeted ads an employer, can, for example, limit its advertising audience to 18-25-year-old scientists with a master’s degree who love to ski, and live in New Hampshire.

“The promotion was set to run on the Facebook feeds of users 25 to 36 years old who lived in the nation’s capital, or had recently visited there, and had demonstrated an interest in finance,” NYT reported. “For a vast majority of the hundreds of millions of people who check Facebook every day, the ad did not exist.”

Facebook VP Rob Goldman responded to complaints that its targeting was illegal.

“Used responsibly, age-based targeting for employment purposes is an accepted industry practice and for good reason: it helps employers recruit, and people of all ages find work,” he said.

The problem, of course, as with any curation, is that it’s not always used responsibly.

“If curated recruitment sites negatively impact bias, it’s because their tests are created and evaluated by humans, ‘Job Board Doctor’ Jeff Dickey-Chasins told us.

Recruiters and employers who want to test the prevalence of unconscious bias in their hiring practices have several resources:

As Dickey-Chasins told us, “While curation can help stem unconscious bias, ultimately curtailing bias falls back on the employer.”

Tigran Sloyan is the founder and CEO of CodeSignal, formerly CodeFights Recruiter, a platform that uses machine learning to help companies source, assess, and interview the best technical talent for their open engineering roles. You can follow Tigran on Twitter or connect with him on LinkedIn.