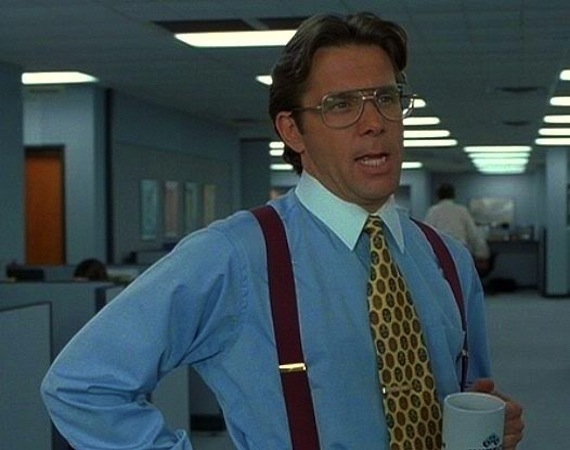 It’s always blown my mind that for some reason, you need a license to drive a car, but when it comes to having kids? You don’t need a license.  There’s no training course. Planned or unplanned, suddenly you’ve got this sentient human being to take care of, raise and do your best to make sure they’re not a sociopath, serial killer or staffing software sales guy, God forbid.

The stork doesn’t come with a user’s manual (this is a PG rated site, so we’ll stick with that story), and you just kind of have to figure out how to raise a decent person who’s successful enough to be financially independent as early as possible.

So how are you supposed to figure out just what the hell to do with this person you’re responsible for raising?

My first thought, and I’m sure most of yours, too, is to ask for advice from someone who has done it before, ideally, your own parents- since, presumably, you’re not completely screwed up, which is kind of what every parent tries to avoid.

I’m kidding – I was lucky enough to have a pretty kick ass example of parenthood to emulate. And if some day I have kids of my own (that’s a big if, at the moment, but who the hell knows?), she’ll kick my ass if I don’t at least sort of try to follow her lead. Hey, she’s in the military, so she’s got that part down pat.

But what if you’re unlucky enough to have had shitty parents – the kinds who should never have had kids in the first place? Think about Ethan Couch, the kid with “affluenza.” Never has there been a kid whose ass I wanted to kick more. Then, to make matters worse, his Mom is held accountable for his bullshit.

There’s no test to figure that out whether or not they’re suited, and no matter what disadvantages you have in life, that’s one disadvantage that’s pretty hard for any kid to overcome outside a career in stand up comedy, writing or employee relations.

The worst kinds of parents – and we all know them – are the ones who intentionally take advantage of their kids, in my opinion, or use them as enablers for their own bad behaviors while setting an example that’s anything but.

You don’t have to keep up with the Kardashians to see evidence of exploitative, inept parenting; just look at social media for proof that being a parent doesn’t mean you have any business raising kids. C’mon, we all have that friend…

I don’t know why, but I’ve been thinking about management recently, and really, parenting is really the closest parallel (and the most interesting) I can find – although the parent-child dynamic is, granted, kind of a bad sign for a manager relationship in the first place, but the truth is, these relationships are almost always analogous to a family dynamic, even in the most toxic or hostile of workplaces.

You with me? Follow me here, people. Because this is where shit gets good.

Managing Managers: Why Leadership Education is An Oxymoron.

I’ve always found it absolutely fascinating how much emphasis corporate America puts on management and leadership, yet companies that either a) train managers how to manage or b) hold them accountable for team performance, satisfaction and engagement ratings and/or retention are few and far between.

Becoming a manager is like becoming a parent – anyone can do it, but just because you’re in that situation (planned or unplanned) doesn’t necessarily mean you have any damn business being there in the first place.

Nope. Instead of formalized training or development programs, most companies instead have some bullshit lip service disguised as “leadership education,” whether that’s handing them some book that tells them what color their parachute is, who stole their cheese or some other meaningless metaphor, or having them bring a bag lunch to some round table with some executive or external consultant.

Worst of all, however, is sticking them into some “High Potential” program that’s often just a thinly veiled excuse for disguising favoritism or a manifestation for company politics.

Most places don’t even do that much, frankly. That’s what makes it scary. Even the companies that work at some sort of shitty leadership program or whatever it is that passes as “management training” these days (like getting college grads to sweat in suits for minimum wage for the chance to run their very own Enterprise branch someday) are doing something – even if it doesn’t work.

Most are just choosing “leaders” based based on titles and reporting structure instead of the innate, often inexplicable but always obvious qualities that actually define a leader.

But if you think you can spot an organization’s true leaders by where they sit on an org chart, think again. It’s like thinking someone is a competent caretaker just because they have kids. Only battered workers don’t have any protective services to call at all, except for HR, and they’re a big part of the problem.

That’s because whatever we’ve been doing to attract, identify, train and promote the real leaders in our organizations, largely, seems not to be working all that well. Perhaps that’s because our approach tends to be more alchemy than actionable analytics.

No matter what assessment vendors or org dev consultants might say, there’s no universally accepted or scientifically proven mechanism for predicting proclivity in management, particularly during the hiring process; this is why we are instead forced to rely on behavioral interviewing techniques, which rely more on anecdotal evidence than aggregate data when it comes to leadership potential.

But even if someone has extensive management experience in the past, and even if they’ve been unilaterally successful in a leadership capacity, there is no indication that they’re actually an effective manager or will be able to translate those previous experiences to your company, team or role for which they’re being considered.

It all comes back to that parenting metaphor; just because you have kids doesn’t mean you’re doing a good job raising them, nor does having multiple kids mean you’re better prepared than someone who’s even just conceiving conceiving. Looking at you, Duggars.

So, how the hell can we figure out whether or not someone has the chops to make it in management? This is not an easy question to answer, particularly given the fact that this exercise is not only inherently subjective, but completely dependant on the expectations, styles and experience of the team they’re expected to manage. It’s like casting, really; it all comes down to chemistry.

This makes me wonder whether there’s a value to the cottage industry of leadership coaching and management training, much less advanced degrees like an MBA; I think while there might be extensive management related coursework out there with some substance, leadership is far too situational to teach the qualities that define the best leaders: common sense, interpersonal empathy and the ability to generate the best results possible not only from a process perspective, but from a people perspective, too.

Let me clarify, I’m talking about managing a team, hiring for culture fit and all the stuff that’s covered in organizational design and psychology. And as much as we’d like to think otherwise, the fact is that leadership and management are not mutually exclusive concepts. Leaders, unlike managers, can’t be defined by a job title or position description, which is why hiring for them is so damned problematic.

You can put people through the most rigorous classroom training or leadership development program, but you can’t learn team dynamics from a book or through case studies, management theory or best practices (although these can help individuals better realize their potential, they cannot produce proclivity for leading people or teams, period).

This is why managers so often fail their employees, and why that old aphorism that “people leave managers” proves so particularly prescient – loyalty is earned, not taught. And for managers to truly be looked at as leaders, they have to genuinely care about their employees, their well being and their long term success – not just their short term results or productivity metrics.

When people think their manager really cares about them, they really care about doing their best. It’s that reciprocation of respect that breeds the best business outcomes out there, really.

Employer branding is great at attracting top talent, but an individual manager can undo even the best branding efforts by creating a culture of fear, apathy or animosity; even if that manager is a total outlier when it comes to the overall organization, word of mouth is driven by personal experience, not professional marketers.

And having a direct reporting relationship with a sociopath (or just a shitty manager) can do far more harm to hiring than recruiters will likely ever realize. Honestly. Think of the emotional impact (and scarring) caused by the worst manager you’ve ever had, and you’ll realize that beating down your employees is, in fact, the most sure way to get beaten by the competition when it comes to recruiting and retention success.

Which makes me wonder: why aren’t managers the ones accountable for retention ratings, employee engagement or other metrics most traditionally tasked to TA? I mean, quality of hire is largely defined by these stakeholders, not the recruiter responsible for making that hire.

And if there are already toxic managers or shitty “leaders” poisoning the well that is your employees’ well-being, than you’ve already failed at hiring for the one quality that’s ultimately going to make the biggest difference when it comes to human capital.

While the old cliche “people are our greatest assets” is so well worn, it’s become a tired cliche, we’d be remiss to forget that they can be our biggest liability, too.