College Dropout: Why We Need To Rethink College Recruiting. 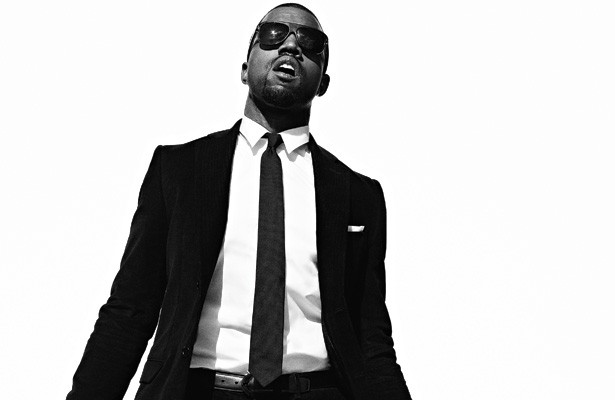 Anyone who says that having a college degree doesn’t matter likely doesn’t have one. According to the Economic Policy Institute, last year the unemployment rate among recent college graduates hovered somewhere around 7%; compare this with the 19% unemployment rate of their peers with only high school degrees.

This might have something to do with the fact that despite only 9% of the total US population under the age of 25 possessing a bachelor’s degree or above, fully 38% of those recent graduates report working in a full time position that does not require a college degree.

For those decrying the demise of the blue collar worker, turns out that liberal arts graduates are far more likely than illegal immigrants to occupy non-exempt or traditionally “blue collar” jobs.

Not that they’re happy about it, either, as over 60% of fully employed college graduates report to being even somewhat satisfied with their current jobs or career paths, a drop of around 20% in the last five years alone.

Of course, 9 in 10 of those disengaged workers agreed that they were “lucky” to have jobs in the first place, which somewhat undermines that whole myth of Millennial entitlement.

This gratitude might be at odds with the convenient narrative of Gen Y as corporate mercenaries, ungrateful job hunters unwilling to pay their dues. A 2015 College Board survey, in fact, revealed about 3 in 4 fully employed recent college graduates report that job security and stability were among their most significant drivers when looking for a job.

These, of course, are the sort of specious selling point that career advice consultants and employment brand experts talk about ad nauseum as critical components of a college recruiting strategy.

All Falls Down: The College Recruiting Disconnect.

But the truth of the matter is with a huge surplus of candidates (even in STEM jobs, where the BLS estimates fully 25% were jobless fully a year after graduating), stagnant wages and historically high levels of student loan debt, it’s a buyer’s market. Anyone out there who’s telling you it’s hard to hire college grads either sucks at recruiting or is trying to sell you consulting services.

I’ve told quite a few college seniors that recruiters and employers are actually freaking out about college hiring and spending a shit ton of money to do so, and most immediately respond by asking why none of them can find fulfilling full time professional jobs, or in most cases, even get a call back for some gig that they could probably have gotten with a GED or a recent felony conviction.

The lucky ones who managed to beat the employment odds as recent college graduates earned average salaries of around $46,000 in 2016, despite graduating with an average student loan debt of $25,200 for a degree at a public college or university (double that for private schools, which actually had a slightly lower overall employment rate, surprisingly).

By comparison, multinational employers spend over $10 billion a year in North America on college recruiting, according to the College Board. This makes superficially no sense, considering we’re not talking about the most competitive market, even for engineering or technology graduates, whose starting salaries of $62k and 8% unemployment rate prove that rumors of a talent gap are greatly exaggerated, particularly at the lower runs of the corporate career ladder.

The fact is, the conversation about whether or not workers should have a college degree, or whether that degree is worth it, is the wrong one, or at the very least, the most moot of moot points.

The real truth of the matter is that not all college graduates are created equal, and it’s not if you went to college that’s driving the lucrative cottage industry of campus hiring, it’s where you went to school. It’s imperfect, elitist and obviously, exclusionary.

But there are about 25 schools out there (with some differences mostly due to industry or geography) that pretty much every enterprise employee out there actively targets, those expensive, name brand bastions of elitism and ivy covered privilege and shit like “trigger words” and “safe zones.”

It’s at these targeted schools many blue chip brands and big companies actually compete for college candidates. Stanford GSB or MIT’s MIS program produce a finite amount of graduates every year with an infinite amount of options – and it’s this infinitesimally small candidate pool that most employers spend an inordinate amount of the time and money budgeted for college hiring.

There’s a prestige factor, to be sure, but most corporate leaders, from hiring managers to C-Suite executives to board members, all went to the same tiny cadre of schools, and these formal and informal alumni networks create a hiring bias that’s hidden in plain sight: we want to hire people like us.

And with over 60% of Fortune 1000 CEOs graduating from just 15 colleges, there are only a few places where top companies look for “top talent.”

Rivera explains that there are two tiers of colleges companies consider:”core” schools, the 3-5 institutions where companies make almost all their entry level hires and thus, significant investments in things like meet and greets, informational sessions, paid dinners and similar boondoggles that have become accepted practices at most elite professional services firms (and increasingly, technology firms, too).

The second tier is an additional 5-15 “target” schools, where companies will have a smaller, but still visible, on campus presence with in person interviews, career fairs and information sessions with current employees and executives.

While the “core” and “target” list varied slightly from company to company, Rivera found that those students from schools outside these lists were almost unilaterally excluded from the recruiting process, irrespective of abilities or experience.

This is because before applications are even accepted, employers base their college hiring plans exclusively on a few select schools, meaning that opportunities are skewed out of reach of anyone whose alma mater didn’t happen to make some (relatively arbitrary) list.

This is great if you’re at, say, Carnegie Mellon or Northwestern. An Ivy League degree is pretty much a golden ticket – you’re not paying for the paper, you’re paying for the network, and at an elite secondary school, that almost always works when it comes to finding work.

One quote from Rivera’s report, from a hiring manager at a Big 4 firm explaining their strategy, struck me as particularly salient – and self-explanatory.

“I’m just being really honest, it [an application] pretty much goes into a black hole. And I’m pretty open about that with the students I talk to. It’s tough. You need to know someone, you need to have a connection, you need to get someone to raise their hand and say, “Let’s bring this candidate in.” …

Look, I have a specific day I need to go in and look at … the Brown candidates, you know, the Yale candidates. I don’t have a reason necessarily to go into what we call the “best of the rest” folder unless I’ve run out of everything else. … Unfortunately, it’s just not a great situation. There’s not an easy way to get into the firm if you’re not at a target school.”

This isn’t fair, but it follows the same logic as hiring people out of direct competitors or with industry experience.

Recruiters are, as a rule, generally pretty lazy, and, as one anonymously wrote in the Harvard Business Review, the “core” school approach makes perfect sense if you’re a recruiter ; “they’ve done two thirds of the work for us already,” as the recruiting leader said, admitting:

“It’s totally anecdotal. I think it’s based upon—and it probably lags in terms of time and updating—but it’s based upon a kind of understanding of how selective the school was in terms of admitting students and how challenging is the work. So it’s largely just kind of school reputation and conventional wisdom, for better or worse.”

Chances are if you’re an employer who’s not a multinational with big bucks and a big brand, or are a candidate who developed mad skills without paying mad tuition money, or has the passion and the knowledge but not the alumni network, it’s going to be for the worse.

For all of us, really.

Editor’s Note: Stay tuned for Part II, in which we reveal our completely arbitrary list of college recruiting tech every talent pro should know. We’ll break down the best platforms and products to help you actually find the college talent your organization needs to succeed today – and tomorrow.