Can Coding Tests Help You Overcome Bias in Recruiting? 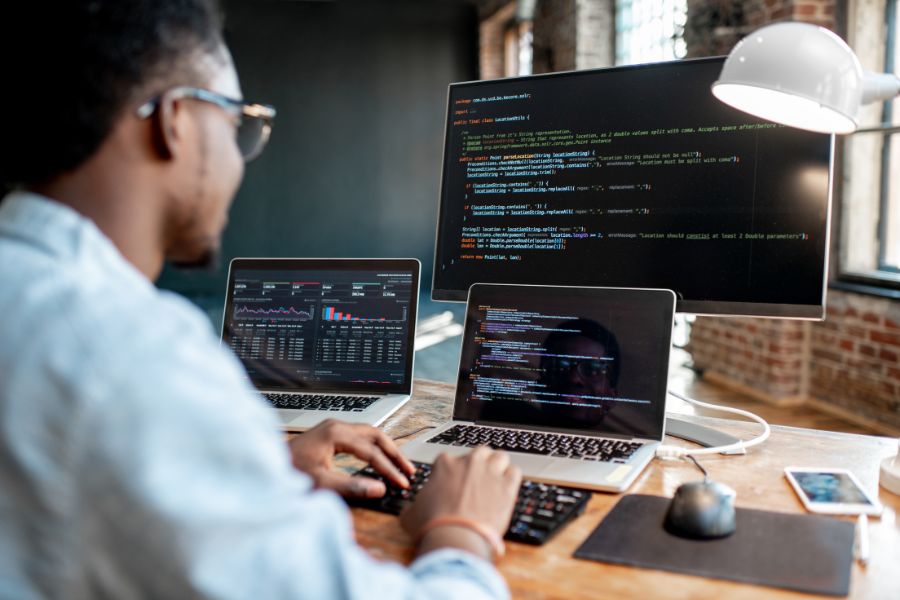 Despite welcome moves to adopt inclusive practices, the tech industry struggles to implement fair and unbiased hiring processes. According to Fortune data, women make up roughly 25% of the workforce in the tech industry. Yet, the rate for women quitting high-tech jobs is at 41%—more than twice that of men. In Silicon Valley, men earn 61% on average more than women.

Research by Deloitte found that 68% of respondents reported that bias had a negative effect on their productivity, and 70% reported that experiencing bias negatively impacted their work engagement, while 84% said that bias affected their happiness, confidence and well-being.

To reduce bias in recruitment, companies have turned to objective skills-based assessments to ensure a fair chance for all candidates. Even when companies use coding tests, however, technical recruiting is susceptible to bias and unfair practices that can hinder inclusive hiring.

Here are some of the most common unconscious biases and how they can impact hiring at your company.

What are Unconscious Biases?

Unconscious or implicit biases are social and cultural beliefs about certain groups or individuals that exist outside of your conscious awareness. These biases are formed through an interaction of environment, media, life experiences and social relationships. They influence your attitude towards others and can cause you to form harmful assumptions about them.

Since these biases are implicit, you have to actively look out for and address them. Some of the most common unconscious biases impacting hiring include:

Gender and Race Bias – Unconscious racial or gender bias leads to unfair treatment of women and individuals from minority groups.

Affinity Bias – A tendency to gravitate towards people like ‘us’ based on appearance, experiences, or beliefs. In hiring, affinity bias affects organizations trying to hire someone exactly like them. It is essential to recognize the importance of ‘culture add’ vs ‘culture fit’ here. Look for professionals who add value to your organization rather than those who simply ‘fit.’

How Biases Impact Your Organization and Recruiting

Due to specific skills requirements and fewer tech professionals, tech recruiters are limited to smaller candidate pools. Add to this the undue emphasis placed on formal educational qualifications, such as a bachelor’s degree in computer science, and you narrow the funnel even further.

But formal education and work experiences are often available to a limited number of people and can cause recruiters to reject non-traditional applicants. Implicit biases also impact how you attract and review applicants from historically underrepresented groups.

Unconscious gender and racial biases keep women and individuals that belong to minorities from receiving job offers, equitable pay and work satisfaction. As of 2021, the gender pay gap research finds that women earn only 82 cents per every dollar a man earns.

So, how can you use objective coding assessments to overcome bias?

How To Use Coding Tests to Eliminate Bias

Relevant assessments also ensure that you are evaluating your candidates fairly and not based on arbitrary standards of what they ‘should’ know.

For example, while hiring a mobile developer, you may want to give them a task to develop a mobile app. With a job-relevant task, the candidate also becomes acquainted with duties they will encounter during their work.

When companies adopt coding assessments or other automated solutions, they may assume that their recruitment process is now free from bias. They often fail to validate their assessments or conduct adverse impact analyses to ensure fair practices. Many commonly-used coding tests can include discriminatory language that provides an unfair disadvantage to certain groups.

But you must remember that just as humans are susceptible to biases, your technology solutions are prone to bias, too. Recognizing potential pitfalls of your hiring processes is essential to designing a fair hiring practice.

Bias in recruiting, especially in the tech industry, has caused businesses to reevaluate and improve their hiring practices. With the popularity of skill-based hiring, organizations have turned to objective coding assessments to overcome hiring bias. While coding assessments are great at widening the talent pool at the top of the funnel, assessments must be validated and analyzed for adverse impact to avoid introducing bias.

Sophia Baik is Co-founder and VP of People, Finance, and Operations at CodeSignal, a coding skills assessment platform dedicated to helping companies #GoBeyondResumes in tech recruiting. Prior to co-founding CodeSignal, Sophia started her career in investment banking at Lehman Brothers before gaining experience in marketing and operations at tech companies such as Wayfair, Zynga, and Beepi.