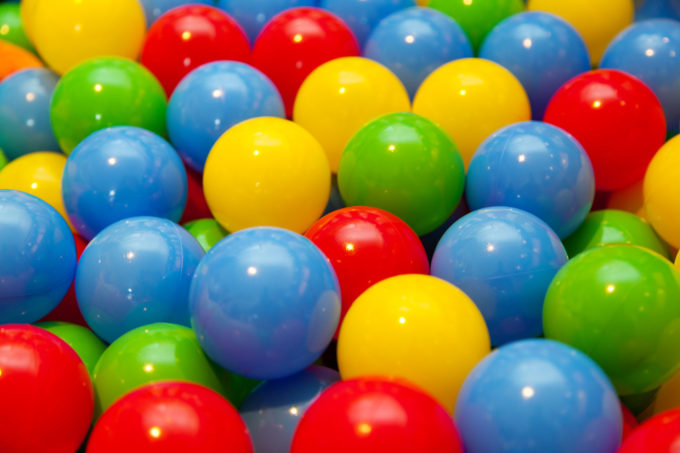 So, I’m sitting in the office as my CEO and Finance Director – both male, suffice to say – are having a conversation about the upcoming budget, of all things. They’re talking while aggressively throwing a rugby ball between them, pausing their conversation to occasionally compliment their fine passes and great catches:

I was sitting directly in the line of fire, I’m afraid. And it was all I could do to avoid choking on all the testosterone hanging heavy on the air, which, let the record show, turns out is not particularly conducive to creating beautiful copy.

I’d no choice but to sit there and stare, open mouthed, my head pivoting back and forth in time as the ball sailed through the air. And it was then I realized, staring at that rugby ball, that every single recruiting office I’d ever been to – hell, every sales floor, in fact – was literally balls to the wall.

It occurred to me there’s always a rugby ball; probably some weird sort of homage to the upper crust of English society, an affectation of the aristocratic aspirations most recruiters seem to share. This inferiority complex, of course, is only one reason why so many are entitled, pretentious and utterly insufferable boors.

In addition to the rugby ball, there are footballs, tennis balls, ping pong balls, bouncy balls – and should none of those things be readily available, rest assured you can trust someone will shortly raid the stationary cupboard for every elastic band that it possesses, and then fashion those office supplies into something suitable for a game of catch.

Failing the normally reliable stationary cupboard, one can always create a ball out of whatever happens to be on hand, even if it’s just a few crumbled bits of paper. Anything to brandish about while strutting across the office with the confidence of someone blissfully unaware of how ridiculous they look as they occasionally stop to toss the ball in a colleague’s direction. Of course, even the most casual of these interactions is inevitably accompanied by the worst sort of mixture of machismo and misogyny.

This highly primitive behavior seems designed to mark one’s territory, showcase their superiority and show off their masculinity on a regular basis in one of the modern world’s more ridiculous, most regular rituals.

I have always wondered, consequently, what exactly it is about an office environment that threatens men so much that they have to revert to running around playing with their balls.

Although, come on, you don’t have to be bloody Freud to see what’s really going on here.

Who Can It Be Now?

Men have dominated offices for years, so really (they would like to think), this is their stomping ground, but at some point in the hunting and/or gathering, turned over all the crap work to women, which is why historically the administrative side of business tends to be predominantly female led.

This created a dynamic whereby the would-be alpha males pace all around the office, keeping his hands busy with some sort of ball or similar sporting accoutrement while his secretary (or “admin”) speedily transcribes the fascinating, brilliant and manly ideas that require constant movement. The very act of sitting at a desk, and physically creating an actual body of work, doesn’t seem to sit well with most men. I’m not sure why.

Perhaps they feel that being made to sit down, shut up and actually do some bloody work for once is too closely aligned with the role traditionally played by their omnipresent admin; perhaps it’s because they don’t like to be confined to small spaces, where they might indeed be out of sight, out of mind and, ultimately, out of the pack.

It might even come as some sort of relic from the 1950s where the women all took shorthand while the men all shot the shit, where typing and the telephone were both best left for the women; niceties that would now qualify as “sexual harassment” were simply how you greeted the broads at work, or something like that.

Whatever the case may be, if you have to work at work, and that work happens to be in a small office space, generally speaking, this does not require any sort of strength conditioning, physical skill or stamina,  and it most certainly does not require a single piece of sporting equipment.

Not even that damned rugby ball. In fact, unless the stapler happens to be jammed or you have to change out the tank on the water cooler, there’s almost no need for anyone to even break a sweat at the office. This is why company wellness programs exist, the understanding that the professional workplace is not, in fact, all that physically demanding. That does not stop most men from trying their damnedest, however.

Considering that we live in a world where strength and presence are still so closely correlated with masculinity, it’s no wonder so many men in business feel downright threatened should the time finally arise where they have to actually disappear quietly behind their computer screens and somehow attempt to produce the obscene amount of work the world of work today requires from all of us.

Women, on the other hand, have been disappearing into corners for centuries. Naturally, we’re much more adept at doing so when required.

But how well we evolve, and how well we adapt to a system that is both unequal and irrational is not the point. The point is, that if I were to stand up with any of my female colleagues and proceed to talk strategy or P&L planning while loudly launching footballs and double entendre at each other, it would be fucking ridiculous.

The entire office, no doubt, would stop whatever they were doing and stare at the two harpies tottering around in heels shouting, “great pass, babe” and wondering whether or not we’d lost our damned minds. It just wouldn’t happen. And the reason that this would never happen is because women do not fundamentally feel the need to reassert our femininity or reiterate our gender identity so that the entire workplace recognizes and learns to appreciate that we are women, hear us roar, or some bollocks like that.

And I should point out that women, most decidedly, do not need balls to prove their worth at work.

This is not to promulgate specious or sweeping stereotypes, nor is it to say that the occasional woman doesn’t find herself entangled in the odd game of “pass the tennis ball” around the office at some point, but when they participate, it’s for entirely different reasons. I know this, because I’ve done it myself.

Stepping into the middle of an impromptu office ball game, and being just capable (or even good) at something as simple as throwing or catching – and mind you don’t do either “like a girl,” then you suddenly get a certain type of recognition from your male peers. You can see that glint in their eye, surprised that a girl, of all things, can not only keep up with catching the football and hanging onto the conversation – that, “she’s not your average girl” look I’ve come to know so well.

It’s that instant respect of being admitted into the club, and honestly, I and countless other women have learned the utility of being in this club none of us likely want to be in. You see, it makes it a whole lot easier to ask men for help, or be trusted with a delicate task or difficult job, or even just chat up the predominantly male colleagues, coworkers and clients you encounter every day at the office when you’re suddenly one of the “cool girls.”

There. That’s the dirty truth to the matter. If you can be a “cool girl,” you can get ahead (or just survive) at work, but no matter what, in all honesty being one of these so-called “cool girls” will always make you feel used, dirty and just a little vulnerable afterwards. What those men with their balls think is “cool” is often anything but, and every woman out there knows the devil’s bargain we make when we have to step into the male arenas you normally wouldn’t, even if it is for work gain. Even if it is a silly game of football.

This is a whole other game, and there are no winners, just sordid feelings and moral dilemmas. Not so cool, girl.

No one needs to see the men in the office standing around swinging their dicks and saying, “hey, mate, look at what I’ve got,” flexing their muscles or tossing around a rugby ball all damned day – mostly, it’s fucking annoying, and no one needs to see it or be subjected to it. So put your balls down, already.

If you want to know how to impress women, here’s an idea: sit down, shut up and do your work without bothering anyone. That’s a real man right there.

About the Author: Salma El-Wardany, Head of Marketing, Recruitment Entrepreneur cut her teeth in recruitment at a global Plc, working in business development to win new clients and accounts into the company. She gave up corporate life in favour of the startup world, specifically recruitment startups.

Check out her blog, The Chronicles of Salma or connect with her on LinkedIn.