Membership
Home / Articles / Call of Duty: How PwC Is Getting Veteran Recruiting Right.

Call of Duty: How PwC Is Getting Veteran Recruiting Right. 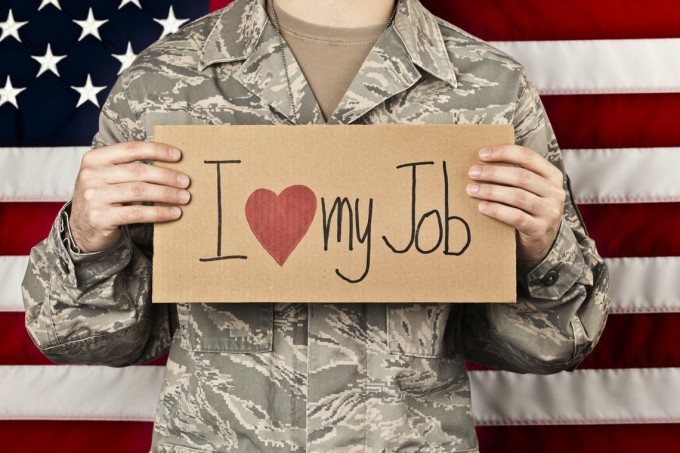 Just last week, the Department of Defense announced that veteran unemployment had reached its lowest levels since April 2008.

While an estimated 6.9% of veterans were unemployed in October 2013, two years later the most recent BLS figures suggest that number has shrunk to just 3.9%, well under the national average of 5.0%.

According to the DoD, this is the result of a “concerted national effort” to hire veterans, including “essential skills training” and “the many layers in the public and private sector to hire veterans.”

While these numbers are obviously good news, the fact of the matter is that these efforts must continue in order to deal with the estimated 400,000 service members expected to transition to the civilian workforce over the next year, the result of a major downsizing across the U.S. military.

With so many veterans joining the ranks of those looking for work, many organizations are extending and expanding their efforts at veteran recruiting, actively working to address, minimize and overcome the often overwhelming challenges inherent in integrating into the civilian workforce.

This, of course, is as much a victory for the employers as the veterans they’re looking to hire.

According to Susan S. Kelly, who runs the DoD’s Transition to Veterans Program Office,

“Employers have been telling us the last 18 months, ‘We can train them in technical skills, but the [other skills] take years to develop. The heads of corporations say they spend millions of dollars every year teaching their managers leadership skills, and employers have learned that veterans arrive at the workplace already equipped with these skills.”

Serving Those Who Served: Behind the Scenes with PwC’s Veteran Recruiting Leader.

That’s why Chris Crace, a former captain in the United States Marine Corps, is uniquely qualified for his new position as the first US Veterans Advocacy and Recruiting Leader for PriceWaterhouseCoopers (PwC), one of the “Big 4” audit, assurance and consulting firms.

In this newly created role, Crace will lead “development of a national veteran’s advocacy strategy as well as talent acquisition sourcing activities across the firm,” according to a press release announcing his appointment.

Not only will Crace bring his military experience – and leadership skills – as an officer in the Marines to this new highly visible, highly strategic talent acquisition position, but also almost a decade of recruitment experience in a variety of leadership roles at KForce, most recently as VP, Vendor Strategy and Delivery, responsible for overseeing all third party sourcing, contracting and relationships for this global staffing firm.

Having successfully transitioned into the private sector after a successful seven year career in the USMC, having landed a job at KForce as a project director and working his way up through the ranks, Crace has a very unique view into what life in the military is really like, what it takes to be successful once you get out, and the world of work really works, courtesy of his experience as a recruitment industry insider.

I recently had the opportunity to sit down with Crace to discuss his background, his newly created role and what recruiters and employers should know about the current (and future) state of veteran hiring. During our time talking, several things became very apparent, particularly the fact that Crace is extremely smart, articulate and personable.

But what really shined through during our conversation is that he’s got an overwhelming, infectious desire to help the veteran workforce succeed; for him, the stakes are intensely personal.

I get this, of course. Having served myself, I understand the significant hurdles faced by veterans leaving active duty and joining the civilian workforce.

When I asked Chris what he felt were the biggest challenges facing transitioning veterans, he replied the most significant hurdle isn’t always finding work, but finding meaning in that work. “It’s finding their direction, what they want, and what they should be doing,” Crace said.

According to Crace, “education is also a huge issue” facing veteran hiring today; that lack of education, Crace explained, was the fact that many companies simply don’t have a great awareness or understanding of how to translate or leverage military experience and skills in their business.

These misperceptions and misunderstandings that extend not only to frontline recruiters, hiring managers and senior leadership at potential employers, but also, are endemic among veterans themselves.

“Simple things like knowing what a veteran’s job was in the military, for instance, require education for non veterans to understand, and it’s an education that most employers lack completely.”

This really resonates for me – being a veteran who, like Crace, has been an outspoken advocate for veteran hiring in my years as a recruiting and talent acquisition practitioner, I’ve also experienced this phenomenon. I’ve found that pretty much every negative issue or talent challenge plaguing veteran hiring can all be traced to the single fact that most recruiters just don’t know what serving in the military is really like, just like most veterans just don’t know what the civilian workforce is really like, either.

Of course, PwC isn’t alone among employers in their commitment to helping veterans transition to the civilian workforce; today, numerous programs exist at a litany of employers designed with attracting, recruiting and retaining transitioning veteran talent.

Why Veteran Recruiting Is A Win-Win.

When I asked Crace what existing best practices or existing programs he’d be implementing in his new role, he responded that while he thought many employers’ veteran recruiting programs were great in terms of design and intent, their effectiveness varied significantly, and that ultimately, it all comes down to the people behind the program.

“What can augment those programs – and even make up for the bad ones where people are less than helpful – is when we educate civilian companies and recruiters directly on what they can do outside of these programs to help veterans directly. They can also help, whether or not their employer has a formal policy or program in place.”

When I asked him a little bit more about what specific projects or initiatives he’d be working on as part of his new role with PwC, I was excited that his first priority, I know from experience, is spot on – and something too many organizations seem to forget. Crace responded that his ultimate goal at PwC was about more than outreach, but instead, increasing awareness that helping veterans transition is a true “win-win” scenario.

“On the one hand, we need to really hammer the fact that in trying to hire veterans, we also want to help open ourselves up to a truly unique, truly qualified workforce for our company,” Crace said. “Veterans want to be wanted, they want to make an impact, and they want to add value. Those traits are key for any company, which is why helping and hiring veterans is really a win for us all.”

Crace added that one of the first things he wanted to accomplish in his new role was to address the critical education gap by working directly with recruiters, hiring managers, senior leadership and the veterans themselves.

By tackling one of the biggest challenges in veteran recruiting, Crace made it obvious that he felt overcoming this large hurdle wasn’t just a possibility, but a necessity for truly creating a veteran friendly organization – and opening up the door for even more veteran hiring.

Throughout our conversation, PwC’s commitment to veterans became even more evident; this is an organization that’s literally putting its money where its mouth is, not only hiring Crace and giving him more or less an open mandate, but also announcing a $1 million grant on behalf of the PwC Charitable Foundation to the Four Block Foundation, a non-profit organization helping veterans find meaningful careers through transition support, rehabilitation services and professional development.

Though it’s consistently recognized as one of the top employers and veteran friendly organizations, PwC seems to be continually reaffirming its commitment – and investment – in veteran recruiting. With this kind of support, I’ve little doubt that Crace will be successful in his new role.

Of course, one person at one company isn’t enough to help veterans all across this great country find meaningful jobs through meaningful work – that’s a job that’s all of our jobs, really. 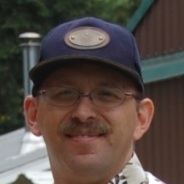