Membership
Home / Articles / Why the U.S. has a STEM shortage and how we fix it (Part 1) 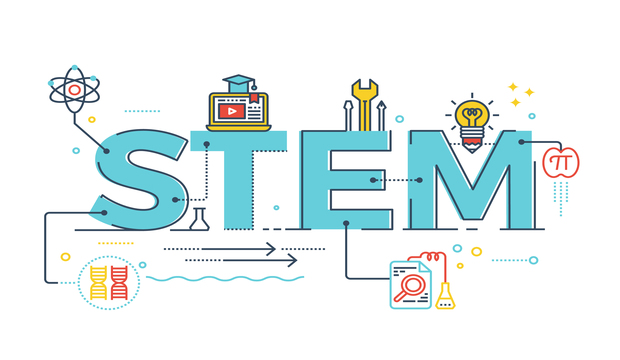 You may already be aware that employers from across the globe face the worst talent shortage in the 10 years since the Great Recession.

However, it may come as a surprise just how incredibly daunting the shortage will become in the next few years, according to predictions from researchers in the field. This is especially true for science, technology, engineering, and mathematics (STEM) fields in particular.

The National Association of Manufacturing and Deloitte report that the United States will have to fill 3.5 million STEM jobs by 2025, with more than 2 million of them going unfilled because of the lack of highly skilled candidates in demand. Additionally, Bullhorn’s 2018 North American Staffing and Recruiting Trends Report found that 73 percent of firms serving manufacturing industries, and 65 percent of those in information technology and accounting, finance, and insurance fields listed skill shortages as one of their top challenges.

The shortage of STEM talent is, generally, the result of a double-edged sword of both domestic and foreign challenges. In many cases, younger generations – especially females – are losing interest in pursuing careers in STEM before reaching their teen years.

Domestically, there is a lack of sufficient education in K-12 school systems as well as higher educational institutions informing future generations of the workforce about the value in STEM-related professions. Employers are continuously searching for highly specialized skill sets that are often unmet by general education programs that most colleges teach their students. As a result, the candidate pool suffers in both quality and quantity, leaving recruiters scrambling to find the best talent for the right opportunities.

But it shouldn’t be this difficult to get kids interested in these fields. A 2018 Winter survey from the National Association of Colleges and Employers reports that STEM fields have the four highest projected average starting salaries by Bachelor’s degree discipline. If more young people were aware of these projections, they may become more inclined to pursue these fields in the future.

STEM has a branding problem with younger generations

Another issue augmenting the shortage of STEM talent is the lack of visibility into these fields. According to a Randstad North America survey, 52 percent of students ages 11 to 17 don’t know anyone with a job in STEM. However, 64 percent of students rated creating video games for a career as “very fun,” and 54 percent think it would be “very fun” to earn a living in marine life. The research also revealed that almost half of the students said they don’t know what kind of math jobs exist, and 76 percent reported not knowing what engineers do for work.

It’s evident that there is an overarching consensus that younger generations don’t understand how STEM skills translate into real-life applications. While academics may love the term “STEM,” it may inadvertently be confusing youth to believe that the fields of science, technology, engineering, and mathematics are just four kinds of the same subject. This disconnect is a major contributing factor to why interest in STEM fields is 18 percent lower amongst 15- to 17-year-olds than amongst 11- to 14-year-olds. In other words, younger generations don’t see the value in STEM because they don’t understand it, and older generations haven’t completely explained it to them.

The current administration’s executive order to “Buy American and Hire American,” which raised restrictions on H-1B visas, has made it increasingly difficult to recruit highly skilled foreign talent. It has also inadvertently lowered the attractiveness of the United States as a workplace destination for immigrants, leaving no question as to why two out of five Americans surveyed by Emerson believe the shortage of STEM workers has officially reached a crisis level.

Higher barriers to H-1B visa access is compounding the STEM shortage: there are low numbers of U.S. STEM field graduates coupled with decreasing foreign STEM talent to mitigate the supply shortage. Forbes reports in 2016 that there were 568,000 STEM graduates in the U.S., compared to 2.6 million in India and 4.7 million in China.

Although the current laws governing entry into the U.S. for employment directly tie with the “Buy American and Hire American” initiative, Mark Roberts, CEO of TechServe Alliance, believes, “If we eliminate access to foreign talent, there are simply not enough U.S. citizens and green card holders in those skill sets to meet client demand.”

The gender gap is still a major problem

The gender opportunity gap, which unfortunately begins at a young age, has been a major contributing factor in the low number of women interested in pursuing STEM careers. The aforementioned Emerson study revealed that fewer than 50 percent of parents say their daughters are encouraged to pursue STEM careers. According to an Engineers and Engineering Brand Monitor study, only 29 percent of females between the ages 7-11 have positive perceptions of jobs in engineering. Between ages 15-16, that number drops to an alarming 20 percent. Compare that to males at 52 percent between ages 7-11, and 65 percent between ages 15-16. In order to narrow the gender gap in these fields, influencers must ensure that females aren’t dissuaded from pursuing STEM education at such young ages.

The road ahead for staffing firms

Resolving the long-term issues around the quality and quantity of post-graduates entering STEM fields will take considerable efforts from educational institutions to reassess how they teach and position vocational and technical subjects. If youth are not only well-informed of the tremendous value entering a STEM-related field can yield, but are also encouraged to pursue these fields, we should expect the talent shortage to become at least more manageable if not altogether resolved.

In part two, you will discover how staffing and recruiting agencies can explore new talent pools, leverage reskilling programs, and embrace automation to help combat the STEM shortage.

Ben Weiner is a content associate at Bullhorn, the global leader in CRM and operations software for the recruitment industry. During his young professional career, he self-founded InVision Media, a small business supporting companies and organizations interested in promoting their message and value proposition via marketing through social media and video editing. Before joining Bullhorn in 2018, he was the captain, president, and social media manager of the University of Maryland Men’s Ice Hockey team.