I realize that job role is often unclear at most companies, and the hiring process is usually fairly broken, but I think it would make sense if we were a bit more honest about what exactly we expect from new hires.

Let me root some of this in research

A couple of important things to know at the beginning: 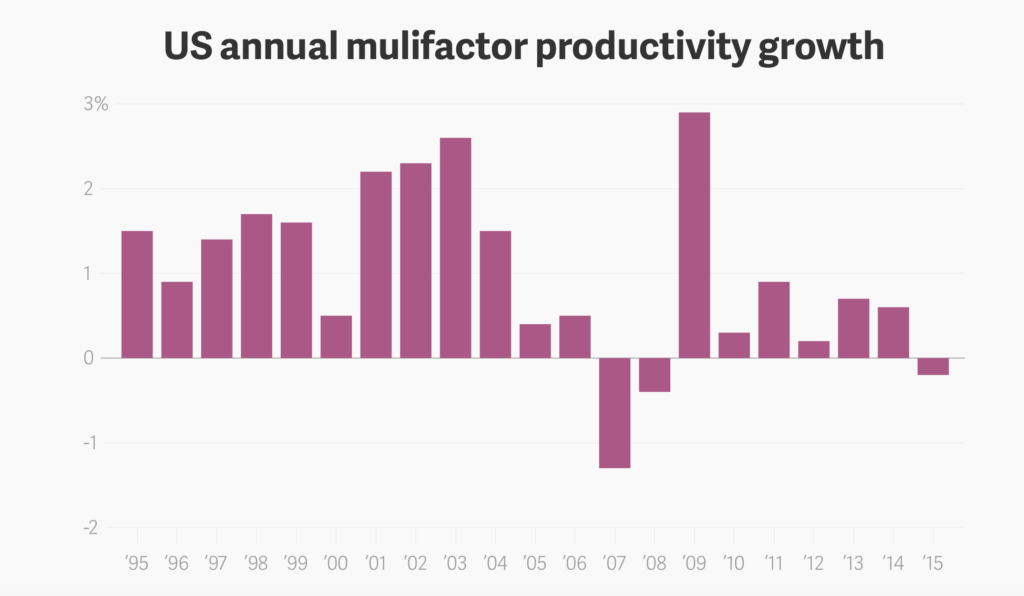 Now, this is confusing to a lot of people. We hear about companies like Facebook and Google in every business article ever written. All of us seem to have fast phones and cool new tech/apps come out every day. So why is everything seemingly so fast and innovative, but companies are becoming more bullshit-laden every day? Here’s one good hot take via Greg Satell:

To many, this is surprising because we seem to see innovation all around us, from smarter smartphones to speakers that talk to us and respond to our commands. However, the truth is that information and communication technology makes up only 6% of advanced economies. Silicon Valley can’t build the future alone.

So, companies are increasingly bureaucratic…

… and look, even though we should be changing that and making them more innovative and having self-contained entrepreneurial hubs, we need to look at the reality. Well, two realities.

How does this all tie to hiring?

… but look at everything above. We’re not headed in that direction. We’re actually headed the other way.

And look, some roles are fucking drone jobs. It’s unfortunate, and it shouldn’t be — this is why automation concerns so many people — but some jobs are just mindless spreadsheet-updating and PowerPoint-creation, and then the people with real authority barely glance at those assets.

If you think I’m just ranting, cool. The New Yorker, who is more respected than I am, just covered this too.

(Some of the problem here is how we structure jobs, of course. A social media manager should be a powerful person. In some forward-thinking companies, they are. At most places it’s a complete drone job.)

But look, if you want a drone employee, make the salary low and go get an early-career person who will check your boxes and hopefully not screw up a lot. That’s it. Stop couching everything in buzzwords. If you know the actual boss of this person will barely if ever speak to the employee because he/she won’t face anything tied to the boss’ incentives, NOTE THAT.

“This is an entry-level, early career-stage position without a lot of major responsibility, although you will be a member of a solid team and there is some room for advancement…”

So much of hiring is rooted in lies that we now have words for it, like:

It’s largely all a dog and pony dance whereby one side claims how hard they work (they’ll ask for PTO on Day 2.25) and one side claims how innovative and employee-centric they are (if revenue erodes on your third week, you’re gonna get laid off before you qualify for health insurance).

Why not just be honest?

Actions speak louder than words anyway, right? But what if the words around what was needed in hiring were just a bit more honest?